K9s For Warriors: Because together we stand 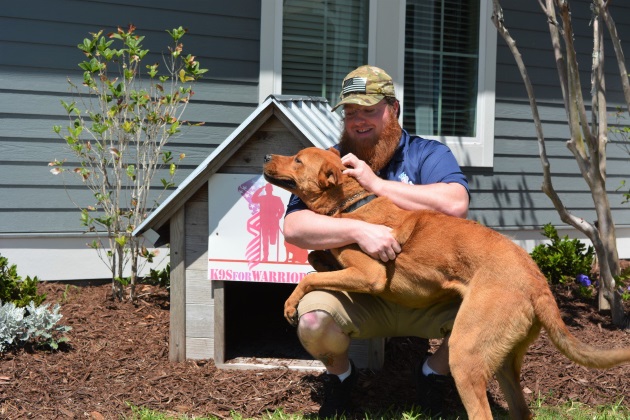 This article originally appeared on ConsumersAdvocate.org.

Soldier, take me from this shelter’s cage.
Give me back my life. In return, I’ll cover your back.
I’ll be your canine warrior, your sixth sense.
I’ll stand guard into the night and chase the demons away,
the uninvited, cloaked in night sweats and darkness.

I will help you open your cage of solitude
then walk tall by your side into the light of day.
Together, our faith will rise as tall as your soldier’s pride.
We are now family in this post-9/11 world.
Because together, we stand.

James Rutland is a 12-year Army veteran who served a tour of duty in Iraq in 2004, followed by two more tours in South Korea. He left the military in 2014, suffering from multiple medical conditions related to his service, including mild traumatic brain injury (TBI), sleep apnea, and hearing loss, to name a few.

Most importantly, he suffered from depression and often thought about suicide. Thinking he could do it alone, Rutland tried healing from the trauma on his own. That wasn’t working. “If you do what you’ve always done, you’ll get what you always got,” says Rutland.

In 2016, Rutland finally rounded the bend of recovery when he was paired with his service dog, Dunkin. “I started focusing on ‘we’ instead of me,” says Rutland.

He has a semicolon tattoo on his right wrist, a known symbol of taking a pause when thinking about suicide. Unlike a “period” which ends a sentence, the semicolon creates a pause, for the reader, then continues the story. Rutland wears it proudly. "It's a great conversation starter," Rutland says.

He goes on to explain that breathing, family, friends, and the program that gave him Dunkin are what keeps him going. 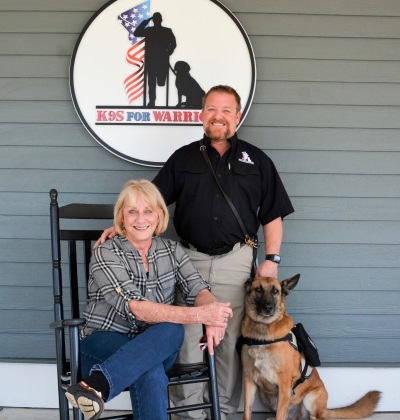 Shari Duval, Founder, with her son, Brett Simon, President of K9s For Warriors

The Program: K9s For Warriors

K9s For Warriors is a BBB-accredited charity organization located in Ponte Vedra, Florida, that has been pairing rescue dogs with traumatized soldiers since 2011. The dogs are trained to be service dogs, specifically performing tasks to quiet the symptoms of war trauma disabilities in soldiers.

“The skillsets our dogs learn help these warriors with anxiety, isolation, depression, and nightmares,” says Shari Duval, the founder of K9s For Warriors. “So, the warriors can function again in public.”

Specifically, the dogs are trained to deal with symptoms of post-traumatic stress disorder (PTSD), traumatic brain injury (TBI), or military sexual trauma (MST), as a result of military service on or after 9/11.

Duval started the program after watching her son Brett Simon suffer from PTSD after he returned from Iraq. Simon did two tours, developing PTSD during the first one. Watching her son suffer from the debilitating condition motivated Duval to research alternative treatments to the standard talk therapy and medication, neither of which worked for her son.

“On average, soldiers take 14 meds a day to treat PTSD, TBI, or MST,” says Duval. If treatment is not working, she says veterans are prescribed more and more drugs. “I even knew one soldier who was taking 44 meds per day.”

After two years of researching alternative PTSD treatments, Duval came upon a program that paired service dogs to alleviate their PTSD symptoms in veterans.

According to Simon, “Mom was the one that suggested I use a service dog to deal with my PTSD when nothing else worked.” Duval saw her son’s symptoms begin to improve. She then wanted to help other veterans do the same.

Thus, the K9s For Warriors program was born. With her son’s background in training dogs, including 13 years as a canine police officer, Duval convinced Simon to start the nonprofit together.

To date, the program has rescued more than 850 dogs and 440 military service members, with an astounding 99% program success rate.

Based on a recent Purdue study, the organization’s mission seems to be making a difference in the lives of warriors.

PTSD is classified as a mental disorder that develops after a person experiences severe trauma as a result of a traumatic event such as warfare, sexual assault, auto accident, or other severely traumatic events. PTSD symptoms are re-experiencing, avoidance, arousal, and negative changes in beliefs and feelings. The disability manifests itself in depression, anxiety, night terrors, and social embarrassment resulting in isolation. Many individuals have initial symptoms while others can worsen, requiring treatment.

According to the Department of Veterans Affairs (VA), who provide help with a wide array of veteran services ranging from affordable healthcare to low-interest home loans, it is common to have reactions such as upsetting memories of an event, increased anxiety, or trouble sleeping after experiencing a traumatic event. If these reactions do not go away or worsen, then the individual may have PTSD.

Along with TBI and MST, PTSD is recognized under the American Veterans Aid (AVA), the Department of Justice through the American Disabilities Act (ADA), and the Veteran’s Association of America (VA). The Department of Defense (DoD) is also strongly committed to providing service members and families with access to quality mental health care and resources for all mental health conditions including PTSD. 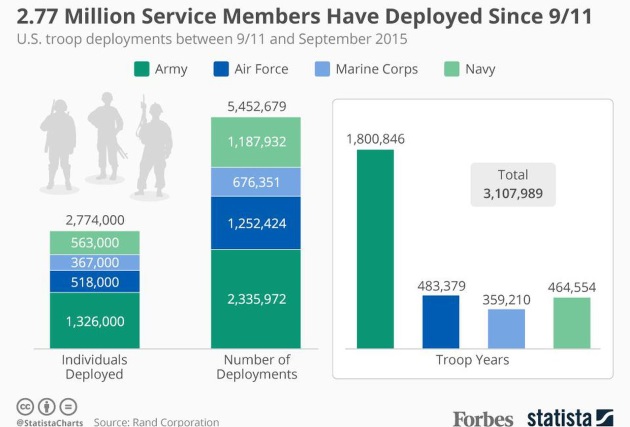 K9s For Warriors recently partnered with Purdue University College of Veterinary Medicine on a pilot study testing the effectiveness of service dogs as a complementary treatment for military members and veterans who suffer from PTSD. Dr. Maggie O'Haire, assistant professor of human-animal interaction, along with Kerri E. Rodriguez, research assistant, conducted the study and published the findings earlier this year.

The study had a total of 141 participants from the K9s For Warriors’ program or individuals on the program’s waiting list. Half of the program's participants had service dogs; the other half did not.

Each morning, she measured levels of cortisol — a stress hormone, in each participant; an increase of the hormone in the morning is indicative of a healthy level or curve. We tend to see a rise in cortisol immediately after waking up. “We call it the morning rise”, says Dr. O'Haire.

Dr. Anantha Shekhar, Director of Indiana Clinical and Translational Sciences Institute, and professor at Indiana University School of Medicine was the lead researcher on the grant at the university. "Service dogs are a great resource for veterans to modulate their own reactions and to cope better with symptoms of PTSD,” says Dr. Shekhar.

Dr. Timothy Hsiao, a Yale graduate, as well as the Program Director of the National Center for Advancing Translational Sciences (NCATS) at the National Institute of Health (NIH) awarded the NCATS award to Dr. O’Haire as a KL2 Scholar under the CTSA Career Development Award.

“This is an innovative approach to a serious medical issue,” said Dr. Hsiao. “This study highlights the unique skills that the CTSA Program Hubs and their KL2 Scholars bring to address difficult conditions like PTSD.”

Other key findings (in a related study) included a significant reduction in suicidal thoughts, required medication (not suggested by K9s For Warriors), night terrors, and an increase of three to four more hours of sleep per night. That is, in part, due to the fact that the service dogs are trained to wake up the warriors when experiencing night terrors. Purdue University is currently studying this behavior and although it hasn't been substantiated scientifically, it has been reported by K9s For Warriors anecdotally.

Dr. O’Haire has been granted additional funding from NIH to perform a large-scale study on the efficacy of service dogs as a complementary treatment of PTSD symptoms in military members and veterans. The study is scheduled to be completed later in 2019.

To read the remainder of this article, please click here.

Scott Smith is the pet editor for ConsumersAdvocate.org, as well as a content creator and social media expert. Scott also runs a large animal community, "Everybody Loves Sammy," which he created about seven years ago, and it's known all over the world now. Sammy is one of his seven dogs. "Everybody Loves Sammy" is just the name now. The community itself is about animals and people from all walks of life. Additionally, Scott created the Dr. Harp Seal community, the "I'm a Pig Man" advocacy message, the Drive With Compassion movement in Puerto Rico and most notably, wrote and recorded "Where is the Geneva Convention for Animals?", which can be heard on SoundCloud by Dr. Harp Seal.