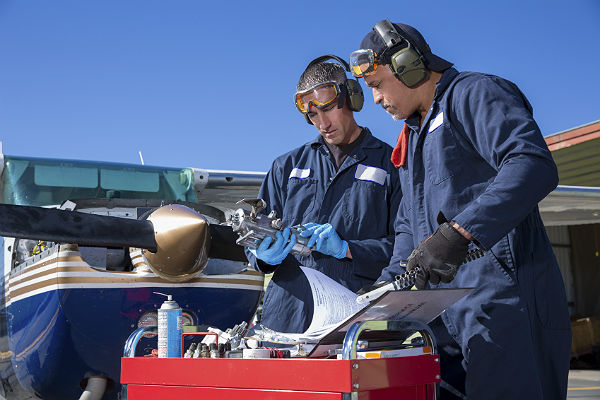 On Feb. 26, a California jury found an airplane mechanic liable for the crashing death of a Napa physician, awarding the victim's family $13.3 million. This decision effectively flies in the face of a previous National Transportation Safety Board finding that initially blamed the tragedy on pilot error.

The jury's decision once again raises the importance of regular aircraft maintenance and preemptive inspections.

However, a subsequent lawsuit brought by Gottlieb's family in San Mateo County found that the crash was caused by the negligence of mechanic Faride Khalaf. As a result, the jury awarded the family $13.3 million finding that Khalaf was negligent and misrepresenting an important fact in the case.

According to the jury's findings, Khalaf did not correctly repair Gottlieb's pilot seat and then subsequently lied to Gottlieb about it. It was also suggested that the plane's annual mechanical evaluation Khalaf provided consisted only of an oil change and no inspections.

"We examined what little remained of the wreckage and found two things that were unusual," said Mike Danko, the lawyer for the family. "First, we saw evidence that, at the moment of impact, the pilot seat was in the full aft position. Second, the pilot's seat belt was unbuckled.

"Based on their forensic work, our experts testified that as Gottlieb climbed away from the runway, his seat suddenly and unexpectedly slid to its full aft position and jammed. Gottlieb's hands and feet could not reach the aircraft's controls, and the aircraft flew off course, out of control. Gottlieb unbuckled his seat belt so that he could scoot on his knees up to the aircraft's control wheel. But before Dr. Gottlieb could regain control of the aircraft, it crashed into the hillside."

Danko was able to prove to the jury that the pilot seat slid back and jammed because the necessary work wasn't performed properly. Although Khalaf charged for new seat parts, he didn't actually install them. Instead, he rigged the seat release mechanism with an illegal temporary fix.

According to reports by USA Today and KARE-TV, government-led private plane crash investigations aren't focusing on the entire problem.

According to Steve Eckert and Jay Olstad of KARE-TV, "In nearly 9 out of 10 crashes the NTSB blames pilot error. But we've uncovered evidence that NTSB investigators may be missing mechanical problems that make some planes unfit for flight."

According to NTSB records, pilots have been cited as the cause in 86 percent of general aviation crashes. Yet this has been contradicted by a series of civil lawsuit results. It has been discovered during court cases that sometimes parts malfunctions and aircraft design flaws can be blamed for aircraft crashes — not the pilots.

The importance of inspections and maintenance checks was validated last week when Southwest Airlines almost had to ground some of their fleet because of missed inspections.

Aircraft maintenance checks are inspections that are required by the appropriate authorities after a certain period of time and/or usage. Airworthiness authorities and airlines refer to the inspections as "checks," the range of which can be described as follows:

It is important that aircraft receive regular maintenance. If this recent case proves anything, it's that anyone — pilots or mechanics — can be found liable for airplane incidents and crashes.