It’s time to pay your employees to quit — Will you do it? 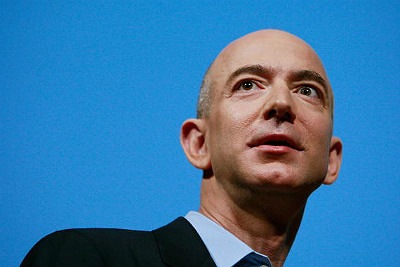 Amazon CEO Jeff Bezos offered employees up to $5,000 to quit their jobs.

Following in the footsteps of Zappos, Amazon recently implemented its own "pay to quit" program to find out just how happy its employees are. In a nutshell, Amazon is offering up to $5,000 to employees to quit, with hopes that they won't take it.

Why would Amazon do something like this? The online retailer has realized the value of having employees who want to work for the company and gives those who don't a way out.

According to a recent infographic in Officevibe, 70 percent of U.S. workers are not engaged at work. A disengaged employee is a huge cost to any company. Disengaged employees can reduce the morale of the other employees, decrease productivity, produce lower quality and eventually lose customers or clients.

But there is another cost to having a disengaged employee, the cost of not having an engaged worker. Officevibe also shared that companies with engaged employees have 2.5 times more revenue. Can you afford this impact on your company?

Famed management consultant Peter Drucker was quoted as saying: "One does not 'manage' people. ... The task is to lead people. And the goal is to make productive the specific strengths and knowledge of every individual."

In an article in The Wall Street Journal titled "What Is the Difference Between Management and Leadership?", a manager’s job was described as planning, organizing and coordinating, while a leader's job was to inspire and motivate. Some of the characteristics of a leader that were sited included: innovation, focus on people, inspiring trust and rewarding improvements. Are your managers managing or leading your employees?

Leaders help us engage our employees. Some of the key ways to make this happen include:

According to Forbes, employee engagement is the emotional commitment the employee has to the organization and its goals. When employees are "engaged," they use discretionary effort. Isn't that what we all want with our workforce?

So why wouldn’t you do this? In talking with some businesses, they are concerned that the wrong employees may take advantage of an offer like this. They worry the "A" players would jump ship because they can and the "B" and "C" players may stick around because they don't know if they will find another job.

But, if you offer an engaging, great place to work, the "A" players will want to stay, and the "B" and "C" players will be motivated to improve their productivity and performance to be a part of a high-performance culture. Interestingly, a recent CNN Money analysis reported that less than 10 percent of the eligible employees at Amazon have taken advantage their "pay to quit" offer.

We often think money (i.e., a higher salary or "pay to quit") is all it takes to entice an employee to change. According to a study by Gallup released in August 2013, 63 percent of engaged workers say they would continue to work their current job even if they won $10 million dollars in the lottery.

Plus, one company that was struggling during the recession couldn't pay employees at all, and the employees stuck around working for nothing because of the culture and passion created at the company. Money isn't everything.

While offering to pay someone to quit sounds far-fetched to some, if you've taken the time to create a high-performing culture with high employee engagement, what do you have to lose?

Robin Throckmorton, MA, SPHR is the president of strategic HR, inc.. If you have questions or comments about this article, you can contact Robin at Robin@strategicHRinc.com.