It’s time for the energy industry to think like Apple 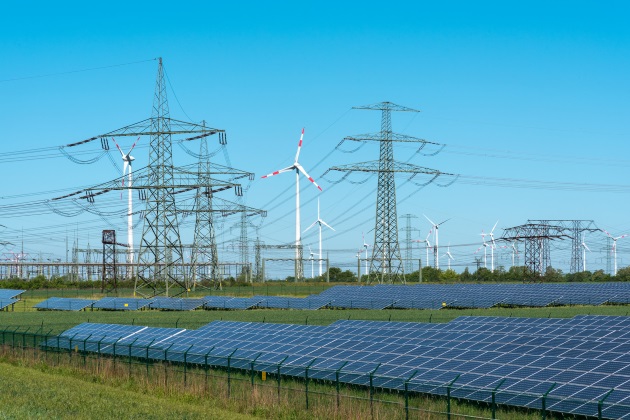 When the iPhone debuted in 2007, its impact was immediate. Since then, the iPhone and other smart devices like it, have changed the way we work, play, shop, communicate — the way we live.

What made the iPhone so revolutionary, though, wasn’t its touchscreen, camera or user interface. What truly made the iPhone a breakthrough was how it utilized a convergence of digital technologies.

Once disparate and typically isolated into individual devices, digital technologies such as cellular telephony, GPS, digital photography and Wi-Fi were suddenly tied together into one single device. The synergy of these cutting-edge technologies catalyzed the digital revolution.

Meanwhile, the energy grid that powers our connected lives continues to function largely as it has for more than a century.

Just as Apple recognized an opportunity for digital convergence to revolutionize consumer devices, it’s time for technology to converge into an intelligent power grid that is greener, more reliable and less wasteful.

Since the first power plant in Wisconsin in 1882, the energy grid was designed for a small number of large-scale centralized generations stations that transmit power in one direction toward the end-user. But today’s mass production of distributed energy resources (DERs) is eroding the cost advantages of this centralized system of power generation.

Environmental concerns, coupled with government regulations and changing energy sources, are exposing the urgent need to address our existing energy grids. Microgrids, often based on renewable sources like wind and solar, are proliferating and creating two-way power flows. While renewable energy sources earn favor for being cleaner, they naturally present dynamic and unpredictable supply-demand conditions.

Wider adoption of DERs, particularly solar photovoltaic, will continue to drive down the cost of their deployment, as will advances in energy storage solutions, which are still in early stages of commercial deployment. This increase of decentralized microgrids will task a power grid still using controls designed for centralized sources.

The glaring need is for an intelligent and connected power grid that can seamlessly move between renewable and traditional resources, to deliver as much power as demanded without the waste and inefficiency common today. Such a system benefits end-users, operators and the environment as a whole.

Technologies in different roles of the grids are emerging to help, but similar to the disparate technologies referenced in the iPhone convergence, they’re only addressing individual aspects of the more important big picture.

As a result, operators are stitching together emerging technologies with traditional control systems, which fail to make maximum use of all the technological advances. It’s like having a separate cellphone, digital camera, personal assistant and portable GPS navigation device instead of a single smartphone.

These innovations all along the energy grid show promise for the future. Energy storage systems are improving, which allow a higher rate of renewable source adoption. Data technologies, such as feedback controls, energy resource optimization algorithms and system modeling are aiding in integration of renewables through better forecasting and prediction.

But, the grid still needs the control technology to bring it all together. The grid needs its iPhone.

For another analogy, consider an electric vehicle such as the Toyota Prius. It features both an innovative battery and mechanical drive, but those innovations on their own don’t allow the Prius to reach its full potential as an electric vehicle. It’s the engine control software, which allows the vehicle to make intelligent decisions about when to utilize the battery and when to use the engine, that maximizes the car’s potential.

Companies are diligently aiming to take advantage of today’s digital convergence to reach the potential of the intelligent power grid, but obstacles remain — and not just in the inherent challenges of bringing renewable resources into the fold.

A primary complication is the pace this technology is moving in an industry that hasn’t always moved so quickly forward. The concepts for system-level controls of the energy grid are developing so quickly that even stakeholders might not fully comprehend their function and potential.

Nonetheless, the convergence of information technology with operation technology is opening new possibilities for transmission and distribution operators at a time when environmental concerns are the greatest they’ve ever been.

The confluence of high-speed data, analytics, visualization, advanced SCADA (supervisory control and data acquisition), artificial intelligence and digital energy infrastructure has us on the precipice of a truly intelligent power grid. The technologies are there; it’s time for energy grid stakeholders to start thinking like Apple.