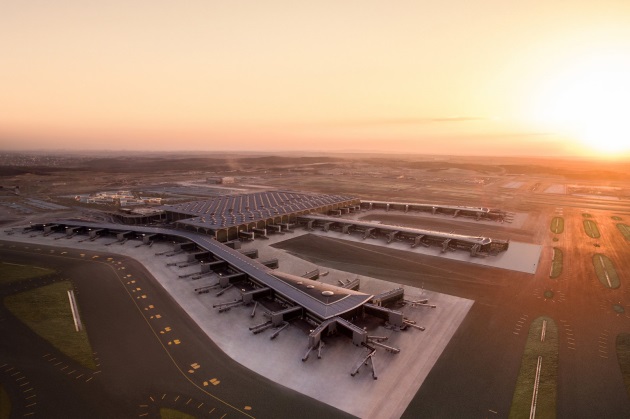 The story of one of the world’s biggest airport projects took a huge step forward this month as the transfer of operations to the new Istanbul Airport was completed over a two-day period without any major problems.

Set to become the world’s largest airport, the new site north of Istanbul opened on Oct. 29 last year to mark the anniversary of the founding of the Turkish Republic. Since then, Turkish Airlines has operated a small number of daily departures from the facility ahead of the complete transfer this month.

Originally planned for December, the full transfer was set back by operational delays. However, the move has been hailed a complete success by all those involved, with 1,800 personnel and 47,300 tonnes of equipment transferred in 33 hours over April 5-6.

This was 12 hours under the target set for the move, which aimed to have minimum disruption to the airline’s schedules or its passengers.

The move also saw hundreds of aircraft, carrying many personnel, taking off in succession for the short flight from the old to the new airports.

Atatürk Airport has continued to act as the main hub for Turkish Airlines and the majority of other carriers serving Istanbul, but with the move has now been closed to airline traffic and will ultimately be redeveloped.

With the phenomenal growth of the national carrier, which now serves more countries than any other airline, this original airport had become increasingly crowded and constrained, with passengers forced to use remote gates and wait in lengthy lines for security and immigration. It was also one of Europe’s worst for delays and cancellations.

The new airport features the world’s largest airport terminal, built with space and passenger comfort in mind. It includes five piers, A, B, D, F and G, and has a capacity of 90 million passengers per year. Additional remote piers will eventually bring its capacity to 200 million passengers. 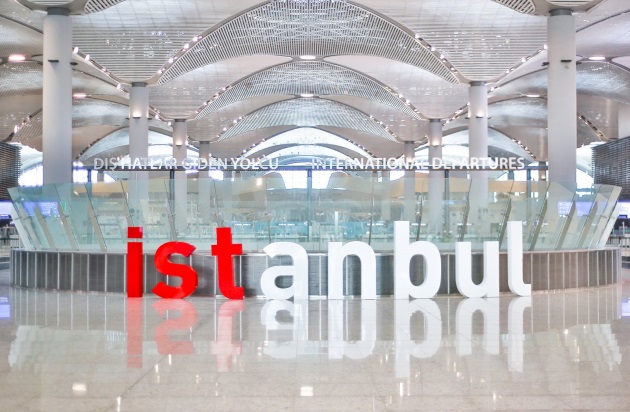 There are two runways operational at present, with a further four under staged construction as the airport grows. A new Metro link will also connect the airport with central Istanbul from 2020.

An early visitor to the new terminal was travel expert Ben Schlappig, who commented, "Make no mistake about it, the new terminal is beautiful, as you’d expect. The airport has really high ceilings and breath-taking design."

However, from a functionality standpoint, he added: "This is the world’s biggest terminal, and there’s not a train system connecting any of the gates. You have to navigate all 15.5 million square feet by foot, or using the moving sidewalks, of which there aren’t even enough."

Turkish is putting its hopes in this new home, allowing them to continue growing into one of the world’s largest carriers. It is understandably proud of its new home and the achievement in successfully transitioning.

The captain of one of the crew transport flights from Atatürk to the new airport told those on board: "We no longer fit into the place we were born. Now we're moving to the world's biggest airport together. Welcome to Istanbul Airport — our new home."

The first flight from the new Istanbul Airport following the "Great Move" was, like at Atatürk 86 years ago, to the Turkish capital at Ankara.

With the transition of operations to the new Istanbul Airport also comes a transition in IATA airport codes. The new airport inherits the IST code from Atatürk, which itself now becomes ISL.