Is your school being proactive about safety? 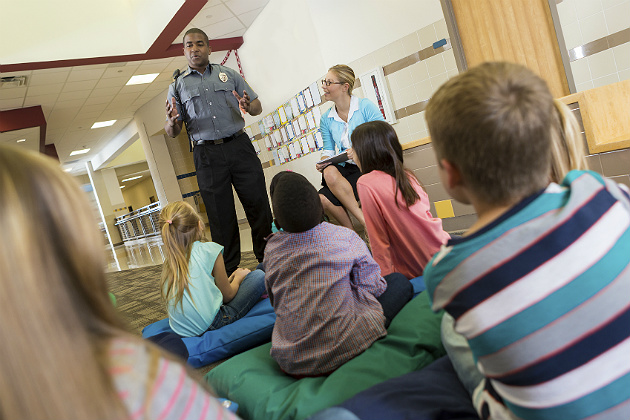 Summer's almost over, and students and teachers are preparing to start the school year. Educators face a list of tasks that include decorating and organizing their room or office, preparing lesson plans, collaborating with other teachers, educating themselves on new or altered regulations and standards, and more.

Educators must also prepare themselves to protect that space. While everyone hopes for a safe and successful school year, a threat can happen at any time, and preparation is key to preventing, identifying and de-escalating these threats, as well as protecting everyone inside of the school.

However, we need to move past just preparing for what to do if a threat is carried out. It's time to be proactive.

For example, let's take a violent fight in the school parking lot directly after classes. This is a fairly common occurrence that could easily be prevented. However, usually it is not because the school lacks information.

If your school improves communication, creates a "safe space" for students, and has personnel and on-campus officials who are invested in the students' futures, you will be proactively preventing violence and increasing security at your school.

The best way to transition from defense to offense is through open communication and team efforts.

Everything of significance needs to be communicated between school and home. Use your discretion when it comes to individual threats, but major threats, procedures, changes, etc., all need to be communicated to make sure everyone is on the same page. Encourage parents to discuss the information with their children.

Use multiple platforms for the communication. Facebook, for example, has proven to be useful in communicating information to parents. While it's not the best way to communicate personal and confidential information, generic information is spread to the masses instantly with Facebook.

Students need to be aware of what is going on. Especially in higher grades. When you leave them out of the loop, you not only seem to be hiding information from students, but you also take away any valuable information the students may possess. You want students to come to you — or another educator — if they feel something is wrong or off with another student or even themselves.

"It is vital that schools create this culture in their schools as students are most often aware of threats before others,” according to Vince Walsh-Rock, president-elect for the Illinois School Counselors Association.

But you can't just tell students to come to you; they have to feel safe. How do you make students feel safe coming to you or a co-worker?

Sounds simple, but obviously it's easier said than done. As an individual, it is more difficult to achieve this because it takes time to build rapport. However, every school should take initiative to create a "safe space" for all students — using students and their inputs to customize it.

"When students can trust the process, they are more apt to report and inform when they are aware of concerning behavior," Walsh-Rock said.

Don't take "space" literally. You don't want to designate one specific place to go, because this makes it obvious when a student enters that space. You want to designate individuals and procedures in order to make the safe space reliable.

First, determine which teachers have already established good rapport with students. These are the teachers who can immediately be introduced as leaders for the safe space with positive student response. These are the teachers who some students would go to even without the safe space designation. As the year progresses, you can add more educators to the list as they become student confidants.

"After all, students are the first line of defense in regard to hearing what is going on," McDonald said.

Either way, the safe space creates a place to share information safely ahead of the safety issue.

On-campus officers are common practice today. However, the school needs to help create the relationship and the environment in which the officer deals with students. You want the officer to maintain a position of authority, but you do not want the officer to be unapproachable or the "bad guy" in the eyes of the students.

Try to incorporate the officer into the daily lives of the students. There will not always be a situation needing official involvement so take that extra time to create relationships. Bring the officer into the science fair as a judge, let the officer sit in and give input in a debate class, etc. This will allow the students to get to know the officer on a more personal level while still maintaining the position of authority.

"I have found that when police officers in schools function as any other supervisory adult they do quite well," Walsh-Rock said. "In other words, they get to know students, build relationships and work from a prevention mode as opposed to just intervention. When students see all adults investing in their stories, they tend to trust the environment more."

Either way, having an on-campus officer will improve the safety of students.

To create the safest environment possible for all students, collaboration and communication are key. Improving communication and collaborating with different people are proactive steps that will not only help prevent threats, but will also improve the reaction to threats carried out.

Is your school prepared?