Is your job affecting your sleep? 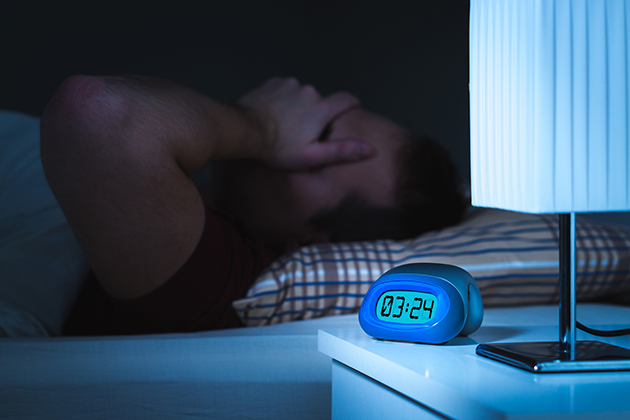 Experts recommend seven to nine hours of sleep nightly. In fact, according to the National Sleep Foundation, not getting enough sleep could negatively impact your immune system. That’s in addition to other sleep-deprivation issues, such as a lack of focus and productivity. And let’s not forget that kids aren’t the only ones who get cranky when they’re sleepy.

But even if you sleep the recommended number of hours each night, you may not be getting “good” sleep, especially if you’re dreaming about work. A study by Healthy Sleep reveals that 79% of people have work-related dreams.

“Considering the significant amount of time we spend ‘on the clock,’” it makes sense for familiar places and everyday situations to creep into our dreams,” says Jennifer Martinez of Healthy Sleep. These types of dreams were more prevalent in intermediate, first-level, and mid- to senior-level management than in entry level employees who were 15% to 17% less likely to dream about work.

So, what type of work-related dreams are most frequent?

Making a huge mistake (34.9%) and being late to work (32.3%) topped the list. However, employees also dreamed about being unprepared, missing a deadline, facing a pile of work, and being humiliated.

Less frequent work-related dream scenarios include getting yelled at by the boss, being laid off or fired, and yelling at co-workers. Some people even dream about yelling at the boss or the company going out of business.

So, why are negative dreams so prevalent? “Nightmares and dreams can sometimes be strongly linked to our real-life experiences,” Martinez explains. “We can assume the prevalence of negative dreams may indicate how disappointing or embarrassing scenarios related to work can affect us, even while we are sleeping.”

However, not all work-related dreams are bad. A small percent of dreamers probably didn’t want to wake up. For example, 10.5% dreamed of receiving a promotion/raise, and 9.6% dreamed of getting hired for their dream job.

Also, 29.5% dreamed of having a normal day at work — although that could be negative or positive depending on the dreamer. And among the 15.75% that dreamed of being back at their first job, that could also be interpreted either way.

“Our study found an interesting correlation between annual income and type of dream,” Martinez says.

Another interesting tidbit: Those on commission were less likely to have bad dreams than those earning a salary.

In addition, remote workers had the highest percentage of positive dreams, perhaps because they have more control over their work environment and ability to maintain work-life balance.

Relatively high on the list (60% to 68%) were nightmares by people who were stressed about lack of job security, overwhelming workload, work-life balance, lack of proper resources, long work hours, and unfulfilling work. However, over half of respondents having nightmares were stressed over low pay or insufficient business, few promotional opportunities, and boring work.