Is your business prepared for #Fightfor15? 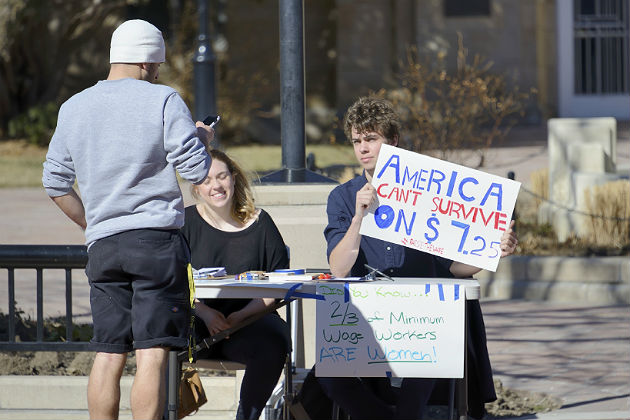 "If you raise the minimum wage, it will go into the pockets of people who will go out and spend it." — Tom Kiley, a personal injury lawyer

The recent headlines announcing New York's decision to increase fast food workers' minimum wage to $15 has once again stirred up the nation in a heated debate over whether the minimum wage should be increased nationwide. According to Fortune, New York City must comply with the minimum wage change by 2019, and the rest of the state must comply before July 2021.

Which side is right? Well, we cannot look to New York for answers — the wage increase hasn't even become law yet. We can look to Seattle, though.

Did Seattle's minimum wage increase benefit or harm the economy?

Let's start with the positive effects of the increase. According to The Seattle Times, "Joblessness in all 39 counties in Washington state declined from March to April, with King County's unemployment rate reaching a low not seen since April 2008." The low that was reached: 3.3 percent. With unemployment at this rate, it is apparent that the minimum wage increase has not caused a significant loss in jobs.

But every action has a consequence. The consequence for the minimum wage hike might not be what you expect, though.

Fox News has reported that several nursing home workers have asked for fewer hours in order to continue receiving government housing subsidies. Even with the increase in wages, these workers are still unable to pay for the high cost of housing in Seattle, causing them to request fewer hours so they can once again receive the benefits.

Is a minimum wage increase bad for employers?

The increase to a $15 minimum wage in New York is a 70 percent increase over the employees' previous minimum pay. The difference is significant — to say the least. It is practically impossible to predict the effects, because we have not yet seen this done. However, economists and researchers can make logical assumptions based on history and human behavior.

"Beyond simple supply and demand theory, increasing the minimum wage may also spur businesses to operate more efficiently and employees to work harder. Employers may look for ways to increase productivity ... A higher wage may motivate employees to work harder because they feel they are being paid fairly and have more to lose by getting fired. This combination of efficiency improvements from both employers and employees decreases job turnover, reduces employers' hiring costs, and can lead to employment gains," according to the Center on Budget and Policy Priorities.

In addition, employers can also expect an increase in total revenue from a minimum wage increase. When an employee receives a pay increase, the employee then has more money to spend. That money is going to be spent in the local economy — putting more money back into local businesses.

"A 2013 study by the Chicago Fed found that increasing the minimum wage even just to $9 would increase consumer spending by $28 billion. When spending — i.e. demand — increases, manufacturers and other purveyors of goods and services can actually charge less or at least avoid increasing their prices, because they're increasing overall revenue," according to Forbes.

What are businesses doing to prepare for minimum wage increases?

Businesses must adjust to higher minimum wages. In order to make it work, employers will have to analyze, adjust and become informed. Fast food restaurants in New York are already creating game plans.

For example, Wendy's has released a tentative plan of action to accommodate the wage increase. According to an article on Forbes, Wendy's is looking at using technology to counteract the higher wages by replacing customer service workers with kiosks and replacing cooks with automation technology.

Employers should also redefine what they expect of their employees. In order to create a balance, the employees need to work more efficiently, take on new responsibilities and become valued team members. This pay increase is going to force employers to cut costs in other areas and become a more efficient company overall.

If employees are unwilling or unable to perform at a higher level, the employer will suffer. Employers should make these responsibility changes known to all current and potential employees.

If your company is having to eliminate positions, it might be beneficial to introduce incentive pay. When you reduce your staff, the remaining employees will have to take on more responsibilities and duties. Incentive pay is a great way to show appreciation for the extra work completed and encourages employees to continue working that hard in the future. You've got to spend a little to get a lot.

Many people believe a national minimum wage increase is not a good idea — yet. We need to test a higher minimum wage in certain areas to see the effects. Then, we can study the effects to learn how to avoid the consequences and to take advantage of the perks.

But, overall, you need to be studying and preparing for the future — a future with a higher minimum wage.