Is there something you’re meant to do? 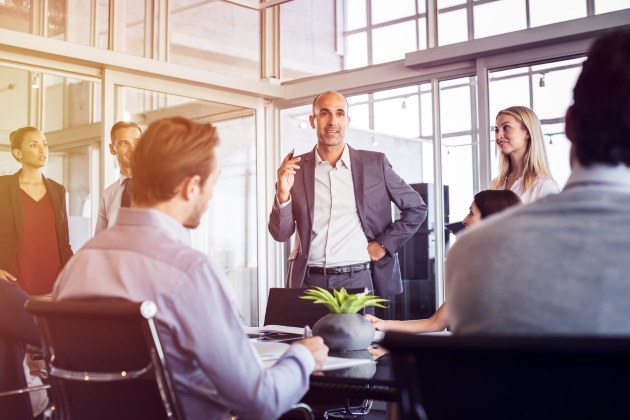 Whether it is the cold weather sweeping across the country, the shorter daylight hours or the end of the year, many of my clients and colleagues have recently wondered aloud whether they are in the right place or doing the right thing.

While questioning our professional purpose can be disconcerting, it can also be a healthy exercise. Here are a few tips for facing the big question of whether we are doing what we are meant to do.

Where you are supposed to be

Several directors at one of my clients complained to me about a stylized sign their vice president had in her office that read: you are exactly where you are supposed to be. Her direct reports all thought it was condescending; an illustration that her being in charge and them reporting to her was as it should be.

It never occurred to her that it could be taken that way. Instead, she actually had it there to help her overcome her own insecurities about becoming a vice president so young in her career.

Both parties were locked in a perspective that did not incorporate other possibilities. The VP believed she had gotten the job too early and did not have the experience to succeed. Her directors were focused on her winning the job and them losing it.

Neither could see a different possibility; yet in retrospect, less than six months later, they all agreed the decision was the best one and all of them turned out better for it.

Thus, it could be simply that despite having and being surrounded by misgivings, the challenges of our current role could be just what we need to push us to greater success.

Best in the world

While speaking with Tim Ferris on his podcast, Jim Collins told a story about being good at math. He was strong at it in school and went to college expecting to major in applied mathematics.

Instead, when he got there, he met people who were basically one with math, as if they were breathing it. He then talked about the difference between being good at something and being meant to do it.

The idea that we could each have this thing which we are born to do is another way to consider our current stations. I asked the aforementioned executives whether they felt as if they were gifted at something, whether there was something they could do that few other people could do with the same ease.

Almost all of them said yes and of those, half were doing it. Those doing it immediately felt a sense of relief; while those that were not almost immediately felt inspired to get back on track. Taking a minute to evaluate the things at which we excel can also provide insight into our professional purpose.

Before feeling defeated that we are not one with some grand professional plan, consider both personal priorities and phases of life. For many of us, work just is not the thing with which we want to identify; working in the fresh air and going home without any worries of email or PowerPoint decks might be our current measure of success.

The bottom line is, by understanding the limits of our perspective, our unique strengths, and our current life situation, we can face and answer the question of whether we are where we are supposed to be, right now.