Is the FDA’s trans fat ban really the answer to our obesity epidemic? 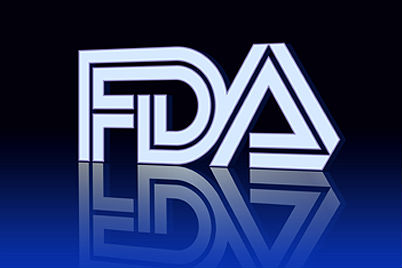 The time has finally come for Americans to wave goodbye to their toxic friend trans fat — a veteran contributor to heart disease in the United States. Trans fat, formed through a manufacturing process of adding hydrogen to vegetable oil, extends the shelf life of our favorite processed foods, along with assisting in taste and texture.

In 2013, the Food and Drug Administration issued a preliminary finding indicating that these partially hydrogenated oils (PHOs) were not "generally recognized as safe," and finalized the determination June 16. Food manufacturers have a lengthy three years to remove PHOs from their products, which will allow companies to either reformulate their food or petition for the FDA to permit certain uses.

Americans have wised up to the troubles with trans fat in recent years. According to the FDA, trans fat consumption decreased 78 percent from 2003 to 2013. Still, this long-overdue ruling is a great step for the heart health of Americans.

But will the trans fat ban affect the obesity epidemic in the U.S.?

New research published in JAMA Internal Medicine revealed that more than two-thirds of Americans are overweight or obese. According to the CDC, people who are obese are at an increased risk for many serious diseases and health conditions, including heart disease. The trans fat ban is only a small fraction of the answer to solving America's obesity.

The World Health Organization (WHO) defines obesity as "abnormal or excessive fat accumulation that presents a risk to health." So what's keeping Americans' pants so tight? Are trans fats the problem? Is it sodium? Maybe too much sugar?

The problem is two-fold: nutrition and exercise.

A new study published in the Bulletin of the World Health Organization stated, "An increased food energy supply and the globalization of the food supply, increasing the availability of obesogenic ultraprocessed foods, are arguments for a predominant food system driver of population weight gain." Basically, the problem is energy-dense foods, which translates to high-calorie foods. Between 1971 and 2008, America's calorie count per person went up by 768 calories.

Are you a Netflix binger choosing the sedentary life? The second major factor contributing to obesity — alongside excessive calorie consumption — is a decrease in physical activity, which leads to weight gain.

How do we solve this? The WHO believes a change in our energy consumption would significantly change the weight of America. The CDC has recommendations for community efforts focusing on supporting healthy eating and active living in a variety of settings.

What can we do as individuals? Begin by educating yourself on the healthy amount of calories your body needs. Incorporate physical activity into your everyday life and find that workout sweet spot.

The FDA took a step in the right direction for healthy hearts, but America still has a long health battle ahead. The WHO has concluded that policy efforts are vital to improve the health in the food supply. Will the result be restrictions on food marketing? Maybe higher taxes on energy-dense food? Only time will tell.

Natalie Thomas is an assistant executive editor for MultiBriefs with five years in digital media publishing and seven years of journalism experience. She graduated from Tarleton State University with a bachelor's degree in PR/communications.