Is the competition to get into top colleges too difficult? 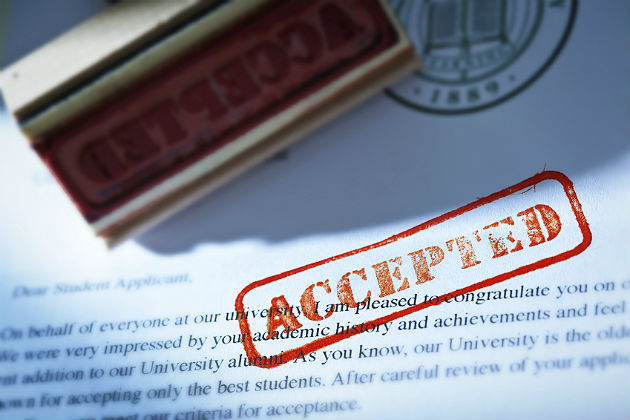 In the midst of an early morning walk, I could hear the nearby high school band practicing. At first, I had nothing but admiration for these kids who woke up in that ungodly hour to practice. Then, I heard the seniors in the band being called out, along with the colleges each one got into, followed by a round of applause for each.

It was quite heartwarming, especially in light of the current debate regarding college admissions. Alarming reports of an increasing number of applicants turned away by colleges — especially the top ones — have added to students' and parents' anxiety.

On one hand, there is growing concern over the sliding enrollment at American colleges and more federal push for 100 percent college education. On the other hand, there is cutthroat competition for spots at top universities and an anxiety-inducing session for the overall college application scenario.

Deluged by more applications than ever, colleges can afford to be more selective than they were before and have taken to announcing record-low percentages in acceptance rates. A vast legion of students they would have accepted are now rejected, though they are as strong as the ones who get in. This has led to the fear that getting into top colleges has become too difficult.

It's not that colleges have stopped or reduced the application quota, but the growth in the number of seats at elite colleges and universities has not kept up with the demand. In fact, more admissions officers and counselors have admitted that the pool of high-achieving applicants has grown over the years. So while the overall enrollment has boomed, limited seats and more applicants have allowed these colleges to be more selective.

One must also take into account high-achieving students from overseas, a rising number that adds to this stiff competition. Students applying to multiple colleges, seven or more, have also increased with the universality of electronic forms that has made the entire process simpler. Surveys conducted by the National Association for College Admission Counseling show this figure has gone up from 9 percent in 1990 to over 29 percent in 2011.

But things are not as dire as they seem, especially in the wake of recent early admission announcements. Yale has announced a 17 percent early-acceptance figure, while Harvard and Stanford have announced 14.8 percent and 9.5 percent, respectively. These figures are significantly higher than what they announced a year ago. What is needed is better preparation and more focused counseling.

In September, members of the National Association for College Admission Counseling (NACAC) met and decided to create a new admission application process. Hailing from almost 80 of the most selective colleges and universities in the country, they are focused on easing the entire process for future applicants and making college education more accessible to students.

To this end, they also intend to create a "virtual locker," which will start recording and preserving a student's best work right from the ninth grade. While critics oppose this move with valid arguments like unequal access to technology, resources and assistance, this is at least a step in the right direction.

Others want a stronger coalition between counselors and admission officers, which should focus on relieving the stress and burden of preparing for college entrance. This could be done with a more comprehensive study of the college admissions process, interactive sessions with students and parents, and definitely more with more collaboration between high schools and colleges.