Is the BMW M440i the best possible coupe? 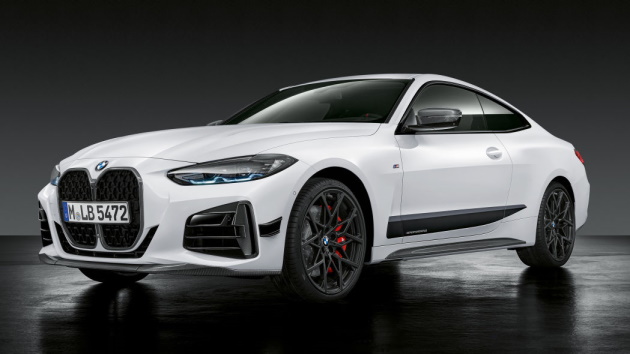 Several months ago, I asked myself this question — is the 2021 BMW M440i the best coupe for the money? I was in the market to replace my warranty-expiring 718 Cayman, and I had to be able to at least pretend the replacement was worth the tradeoff regarding performance, comfort and a great design.

Now before you brand me a lunatic, I am aware these two cars are in somewhat different solar systems. But that was actually the point when I flipped the Cayman, our Honda HRV and a small chunk of savings for this surprisingly delightful sports coupe. I wanted the best blend of features in a single vehicle.

Having owned a BMW 325xi, this was certainly a brand to consider. I had pined for the previous generation M4, so targeting the BMW marque was obvious. I stumbled on the M440i when I was researching the M4 and the Audi RS3. I ended up configuring it on their website as soon as it became available, found an open allocation and then ordered it before I lost my nerve.

I had little interest in the fastest 0-60 time, the largest engine displacement or the best precision on the skid pad. And I won’t argue there could be other cars to consider in this category. This purchase needed to be all things to me — everything our 2020 Audi Q3 was not. I have only one other space in the garage and I don’t want anything left in the driveway.

For excruciating specifics, you can read my previous article on the acquisition itself, but we’re here to answer the question I just posed. Could the BMW M440i be the best overall sports coupe rational money can buy? Rather than get into a debate over technical specifics, I’ll provide a concise review and then tell you why I think that it is. 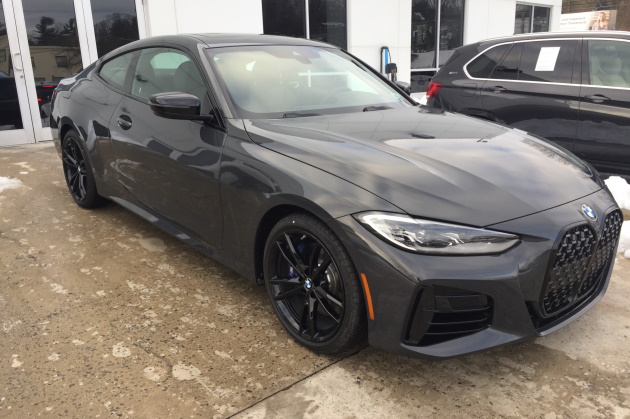 Your first noticeable insight is when approaching the car. The M440i design is contentious — mostly to longtime BMW aficionados. Leading the list of controversy is the front grill. It is admittedly massive, and not reminiscent of its predecessor’s kidney-shaped trademark. You’ll either love it or hate it, and many won’t hide their distain. I think it adds to its aggressiveness.

Much like my Cayman was when it first released, the BMW M440i is a departure from former designs by the manufacturer. Yet there is no mistake that it is a BMW. Its assertive attitude is obvious — lower, wider and longer than the previous model. The lines are smooth and tapered until they abruptly drop or gash, just to let you know it’s breathing.

From a distance or sitting alone, this car is what I would term a sleeper. Not that you expect grandma to exit, but it’s a much more potent machine than looks might suggest. It can be initially passive. But give a glance back as you pass by any viewpoint – the transition will catch you off guard.

Arguably, the Cayman gets the nod for overall handling ability. But the BMW M440i gains back what ground it might have lost with a more comfortable ride and a striking interior. The seats are infinitely adjustable and have just the right combination of bolster and support. You can drive for hours without thinking about a rest stop.

I haven’t owned it long enough to work out the various electronic features — the list is long and highly customizable. I opted for touchless delivery, so I also missed out on the delivery demo. The default settings are sometimes puzzling, but once you get the hang of the console controller, it’s easy enough to make changes. I’ve been assigned a BMW genius, so help is always available.

There’s something to be said for car quality. Doors that chunk shut like a bank vault sealing its passengers inside a crypt of quiet. Interior components are especially and understatedly tasteful. Plastics don’t appear inferior. The leather seats feel like a finely tailored jacket — sturdy but forgiving. Seams line up and the design flows nicely from one section to another.

There are no creaks or groans from the suspension. No rush of air around the window seals. When I direct the heat from the dash to the floor, the vents silently close and transfer warmth instantly. Buttons and controls provide positive feedback and are naturally placed. It’s a pampered experience.

You might imagine I would save the best feature for last. Many feel the BMW B58 engine is among the finest they’ve ever made. A straight-six turbocharged platform in varied configurations; the BMW M440i utilizes a 48-volt pseudo-hybrid to enhance performance. It relies on brake energy recuperation to achieve astounding response (eliminating turbo-lag by the way).

Though this system provides considerably to overall engine economy, the reason I am sighting the feature has less to do with frugality and everything to do with off-the-line acceleration. I was originally skeptical as I’m not a fan of hybrid drivability — I find the sudden shutdown of the engine to be psychologically disturbing.

But I’m willing to get used to a new perspective for innovative technologies, even when the thing cuts offas I coast to a stop. There is zero turbo-lag when you accelerate from a standstill, and a whole lotta launch when you roll your foot off the break and mash it onto the accelerator. Oh, you’ll hear the engine restart in a millisecond, but if I don’t care, you won’t either.

Power is the first thing any enthusiast talks about when it comes to vehicle performance. But in the very next breath they will query the cornering and overall handling capability. And it is excellent — balanced and surefooted because the M440i comes with xDrive four-wheel drive technology. Traction is abundantly available to all four corners.

I know, I traded in a Porsche and do not claim this coupe handles like a go-kart. But remember, I’m looking for the best balance of all features. Our SUV is used for utility — runs to the store and hauling of goods. It actually handles nicely, but this BMW M440i is the most dynamic cornering car I’ve ever driven in this class, and it’s not even close.

As near as this car comes, the BMW M440i is not perfect. For better or for worse, this is a heavy vehicle. Coming from a Porsche, I am used to flinging into a turn with effortless steering input. Oddly the BMW is steady in similar cornering, and the steering provides solid feedback. I won’t say that it’s sluggish, but just like its owner it could lose a few pounds.

This car also sits surprisingly low — and it’s not just the appearance. Getting in and out can be a challenge, especially in tight quarters. Not as bad as the Cayman tuck-and-roll technique, but unlike our Q3 there does have to be a plan. The doors are also big — nothing you can do about it, as that’s the nature of any car that needs access to a back seat.

Finally (yes, it’s a short list), I have a love-hate relationship with technology. I appreciate the customization aspects found in the console controller, but also long for the days of intuitive knobs and switches. I do like to monkey with the settings, but it’s something best done in the driveway since many of the selections are several screens deep.

My friends ask me if I’ll miss the Cayman — a fair question considering I’ve had two over the course of 10 years. My 718 and the Honda served as a deposit on the BMW M440i, so I certainly missed it while waiting for delivery. But for as long as I can drive this beast, I can’t say that I wish I had the Cayman back. Which is the best way I can answer that question.

The BMW M440i and Audi Q3 are the perfect pairing for our garage. There are no limits to where and when we can drive, and I can have a lot of fun getting there in this car. Did I answer my original question? I set out to find the finest performance coupe for the money, and it sits now in my garage. So yes, I think I did.