Is summer vacation a relic of the past? 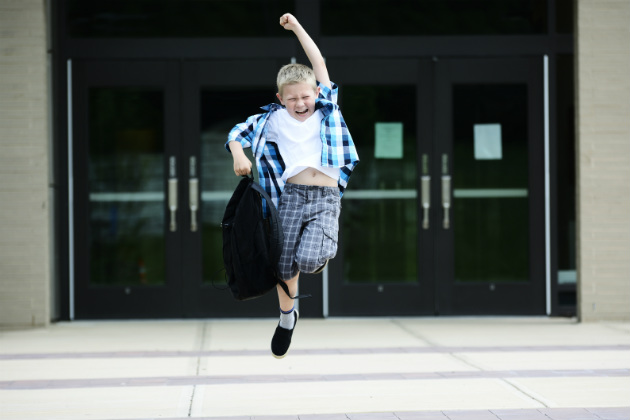 This is the time of year when Alice Cooper's song "School's Out for Summer" can be heard playing on public address systems in schools from coast to coast. I am reminded of the days of my youth, busting out the front doors of my elementary school and charging into the streets of my Haverhill, Massachusetts, neighborhood filled with mixed emotions of what my life without an academic structure would look like for the next two months.

When you really think about it, summer vacation seems like an odd structure in today's society.

There is a common myth surrounding the origins of summer vacation: Summer vacation is a carry-over from a more agrarian time in our society when children would tend to their family farms. This PBS Newshour article debunked that statement, pointing out that kids in rural areas would actually have been needed more in the spring for planting and again in the fall for harvesting and selling as those are the busiest two times on a farm.

It was urban areas that often found a decrease in attendance in the summer months due to wealthy urban families who escaped the oppressive city heat for the cool country side for weeks and months at a time.

After much debate late in the 19th century, schools eventually moved to a standardization of the school calendar that created the two-month summer vacation for all. This time off was justified as a time for kids to have a break and for teachers to engage in professional development. The flaw with this justification is as true today as it was back then: Summer vacation has no connection to student achievement.

Study after study has proven that long breaks from school, particularly for low-income students, lead them to lose ground academically. In some cases it is estimated that students lose as much as one month of learning, on average. This phenomenon is known as the "summer slide," and there are many in the educational field looking for a way to reduce or eliminate it.

Baldwin Community Schools, located in the most low-income county in Michigan, is part of a growing movement of school districts who are opting to move away from summer vacation to a model that better supports student achievement. This District Administration article explained how Baldwin Superintendent Stiles Simmons developed a balanced calendar that shortened summer vacation and spread school days out more evenly over the year.

The article went on to state that more than 3,700 public schools operated with some form of a year-round calendar in 2011, according to a 2014 Congressional report. Additionally, at least 30 states have schools operating on the alternative calendar. Perhaps the time for summer vacation is indeed fading into the sunset.

After a compelling body of research that suggests kids do indeed lose academic ground during extended breaks like summer vacation, many schools are moving to a model known as 45-15, where schools hold nine weeks of classes (45 days) followed by three-week breaks (15 days). Break periods are often filled with targeted intervention and enrichment programs as well as other extracurricular and community-engaging projects and partnerships.

Some schools use the year-long calendar to stagger students to alleviate overcrowding issues in some of their schools. However, schools looking to make this move are often met with resistance from their community.

Evans goes on to make the case for a national discussion on this issue.

"When I ask my students to solve problems in class, I want them to be relentless, resourceful, creative and rational," she writes. "I welcome their attempts to bring all reasonable solutions to the table when they're attacking problems. I think by starting a conversation around summer vacation, our national dialogue can model these traits for our children."

It seems like the time is right to look at this issue, but it might have to wait until the fall because too many of our schools are out for summer vacation.