Is sportsmanship a lost cause these days? 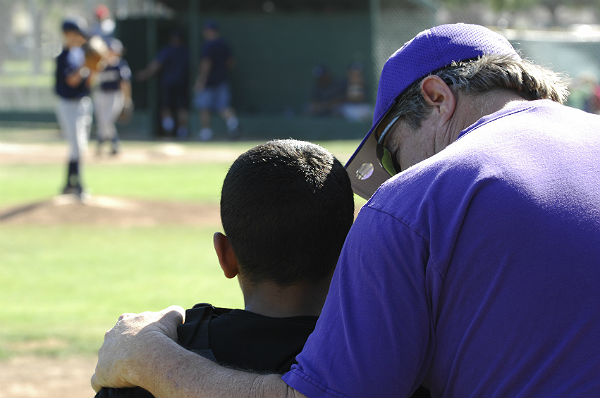 When it comes to sports, figuring out the winners and losers used to be as easy as looking at the scoreboard.

But with recent occurrences like the New England Patriots' "Deflategate" controversy and Major League Baseball's and the FBI's investigation into the St. Louis Cardinals' hacking of a Houston Astros database, some plays in sports have gone out of bounds.

It seems that everyone from the pope on down has an opinion on the subject. Pope Francis has in fact weighed in on the topic of fair play, referencing youth sports as an avenue for dignity in children.

The decline in sportsmanship isn't limited to professional athletes. Last summer, Chicago's Jackie Robinson West Little League captured hearts — and the world championship. A few months later, the team of preteens was stripped of its title when some players were determined ineligible because of residence boundary requirements. So team officials took the game to another level: filing a lawsuit, hoping to regain in a courtroom the title won on the field and lost in the administration offices.

Is sportsmanship a lost cause, or can coaches play a role in developing that quality in athletes?

"I like to think coaches can instill sportsmanship in their athletes, number one by being good role models and demonstrating to the players class and composure, especially as they face moments of adversity," said John Casey, the head baseball coach at Tufts University. "Coaches can also engage their teams in community service projects, which can give the athletes a good sense of perspective and service so they understand they are a part of a greater whole, not the focal point."

That message resonates with hundreds of high school student-athletes, who ventured to the central Texas city of Wimberley this spring after devastating floods resulted in death and destruction of homes, businesses and churches. The competitors teamed up to volunteer their time and considerable muscle to help clean up in the aftermath of the horrid rainstorms.

The positive behavior seems to have spilled over onto the court. In Wisconsin, the Kenosha City Council recently recognized the Lincoln Middle School basketball team, which stopped a game to intervene against spectators who were bullying schoolmate Desiree Andrews, an eighth-grade cheerleader with Down syndrome.

Even a game result that at first glance seems like a cause for anger can reveal sportsmanship, from both sides.

That was the case last winter in Detroit, where Cass Tech High School's girls basketball team registered an 88-0 victory over Osborn High. Sharon Fields, a player for the losing Osborn squad, saw that sportsmanship first-hand, telling the Detroit Free Press that the opponents were rooting for her team to snap the shutout.

"The players from Cass were cool to me," Fields said. "The Cass girls were pulling me aside, encouraging me."

That reinforces the thoughts of athlete, columnist and sports mom Kim Cowart, who succinctly stated, "An honest loss is far more respectable than a dishonest win."

For Casey, the college coach and a first vice president at the American Baseball Coaches Association, the formula is simple.

"Play with dignity and class; respect your opponent. Win, but win the right way," he said. "At the end of every day, I want players to answer, 'Am I proud of what I did today? Did I make anyone smile today?'"