Is RFID a solution to inventory dilemmas? Target thinks so 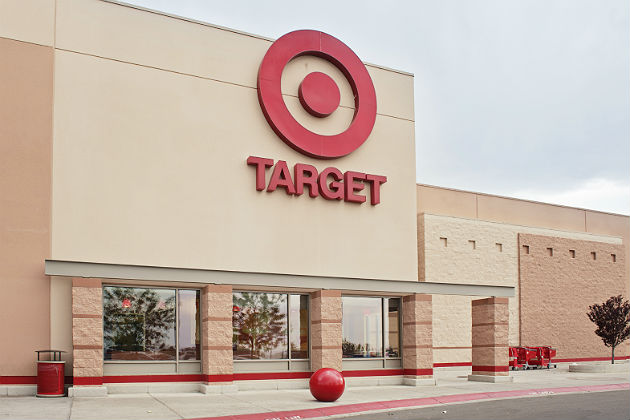 Target's website became overwhelmed, denying access to many shoppers — at one point shutting down entirely to deal with heavy traffic. Many online shoppers tried repeatedly with no success. And stores were no better option — lines formed early in the morning, emptying shelves faster than expected.

Inventory in stores and stock rooms was also not clearly transmitted to their online shoppers. When a shopper was finally able to access the site, it would allow the shopper to place an item in the cart, but then it was gone.

At the end, Target had to announce there would be no more stock, and many people missed their chance at the exclusive line. So, was this a technical issue that caused the problem? Or was it an inventory problem? As it turns out, it was a combination of the two.

"Selling seasons are short. Stock outs cause lost sales. Transfers are costly. Markdowns are a hit to the bottom line," Henke said. "Getting the right inventory to the right store/channel at the right time has a significant impact on overall performance."

According to a report on BusinessWire from IHL Group, "retailers worldwide lose a staggering $1.75 trillion annually due to the cost of overstocks, out-of-stocks and needless returns."

Obviously, inventory is a key aspect of retail success. It is also one of the industry's major problems. What can be done to fix this situation?

Radio frequency identification (RFID) is used for identification and tracking. RFID technology can be used for many purposes, including tracking of people and animals, access management, tracking products for authenticity and many others. Recently, RFID has made significant advancements in the tracking of goods for retailers.

One major stride came from a recent partnership between Auburn University and many major retailers, including Target and Amazon. These major corporations are sponsoring research at the university, and a major focus is developing RFID technology for use in retail.

RFID technology helps the retailers track inventory every step along the supply chain and beyond — even items being taken to the changing room or being shoplifted. The ability to track inventory to this extent could have prevented the problem Target encountered during the Lilly Pulitzer launch.

In addition to Target's recent partnership with Auburn University, they are also preparing for an RFID tag test run in a small number of stores. RFID technology will provide "greater visibility into our inventory," according to Keri Jones, executive vice president of global supply chain operations.

The test run in the select stores will begin in the coming months and should expand to all stores by 2016. The plan is to use RFID technology in the apparel and home décor sections, which will make this one of the largest RFID projects in the industry.

Jones said a key expectation is "to help us better fulfill online orders placed for store pickup, which already account for 15 percent of Target.com purchases."

Inventory is a major factor and a major problem in the retail industry. Advancements in technology can help retailers understand and track inventory on a much more precise level than ever before — thanks in large part to RFID.

Target's Lilly Pulitzer launch might have been a success had they implemented RFID prior to the launch. The company learned from its mistake and is now implementing the technology. But, with RFID still breaking into the industry, many companies are still at risk of inventory problems. Could you be next?