Is it time to end zero-tolerance policies in schools? 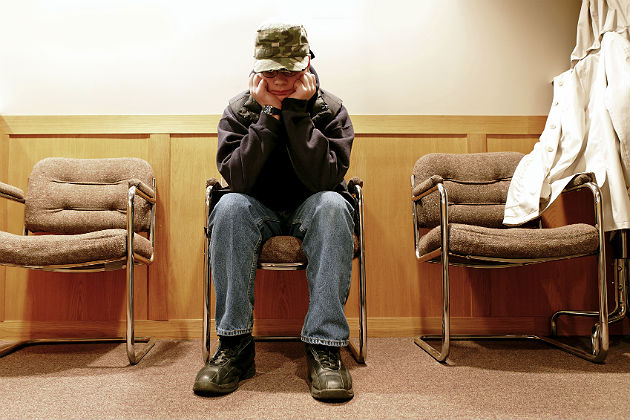 Last month, a former student from my school came back to interview me on zero-tolerance policies for a research paper she was writing for her graduate program. Her questions really got me thinking about the purpose and the effectiveness of this approach in schools.

Designed to eradicate students from engaging in certain behaviors, zero-tolerance policies generally call for punishing any infraction of a rule, regardless of the severity or whether the infraction was due to a mistake, ignorance or an extenuating circumstance. The most common use of these policies is for the possession of drugs and/or weapons in schools.

They gained popularity in the mid-1990s after federal legislation was passed that required states to expel students who brought firearms to school for a year or risk losing federal funding. Today, many schools are rethinking the effectiveness and usefulness of such policies.

Suspensions may physically remove a student from the school campus, but they don't keep them out of the lives of the other students who are still in school. There are still the local parks, coffee shops and weekend social gatherings — and, of course, social media — to keep students engaged.

This worries me the most: When I suspend a student long term, I lose the ability for the adults in my school to stay connected with the student, a connection that was perhaps one of the only things keeping the student from engaging in even worse behaviors or decisions than what got him/her suspended in the first place.

Last month, in an article entitled "Zeroing out Zero Tolerance," The Atlantic's Carly Berwick talked about how urban districts are increasingly doing away with zero-tolerance policies. She referenced New York City and Los Angeles schools as two such districts that were leading "the vanguard of a shift away from zero-tolerance school discipline toward less punitive strategies that emphasize talking it out and resolving disputes among students to keep them in school."

The problem, as Berwick explains, is that administrators often resort to consequences like suspensions and expulsions because they just don't know what else to do. Both the Los Angeles Unified Schools and the New York City Public Schools are turning to progressive education, a model that promotes attention to relationships and the students' freedom (within limits) to follow their interests, as well as hands-on, creative projects.

"Students learn best when they are being actively engaged in a supportive environment, not when they are worried about getting suspended for any minor incident," states Jason Fink, a spokesman for the New York City Department of Education.

Early indications suggest that the new policies may be working, too. Los Angeles reports the suspension rates for its estimated 700,000 students dropped by 53 percent since it banned suspensions for subjective offenses such as "willful defiance" over the past two school years. During that same time period, graduation rates in Los Angeles rose by 12 percent.

At my school, we recently adopted a restorative justice peer-jury model that focuses on accountability, community safety and social development. Students who are charged with violation of minor incidents have the opportunity to participate in a peer-jury process whereby their schoolmates determine an appropriate consequence for the infraction.

The aim is to provide an alternative to school suspension. The model provides an opportunity to hold wrong-doers responsible for their actions and figure out a way to repair the harm they have caused.

It also strives to keep the community safe through strategies that build relationships and empower everyone to take responsibility for the well-being of all members. Lastly, it seeks to increase the social skills of those who have harmed others, and attempts to address the factors that led to the harmful behavior.

Progressive education and restorative justice models have helped provide schools with better alternatives to addressing minor behavior incidents. However, the question still remains as to whether these models can also work for larger infractions — such as drugs and weapons — for which the zero-tolerance policy has been a popular philosophy.

Keeping students in school and engaged in their learning should be our primary focus. When they are engaged, they don't have time for misbehavior.