Is glycemic index a relevant tool for evaluating pet food? 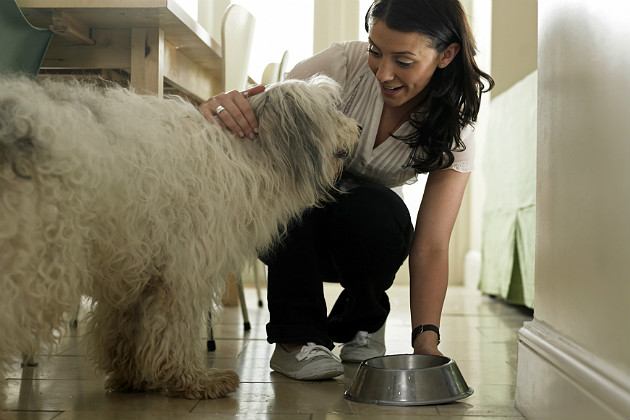 Glycemic index has become a common tool to evaluate pet foods. However, as with many trends in the human and pet food industries, it is often used without a full understanding of its meaning and proper usage.

To determine the glycemic index of a food, the blood glucose response after eating a "test food" is compared to that of a "control food" (either white bread or a pure glucose drink). Blood glucose levels are measured at defined time points after eating each of the foods (see figure below). 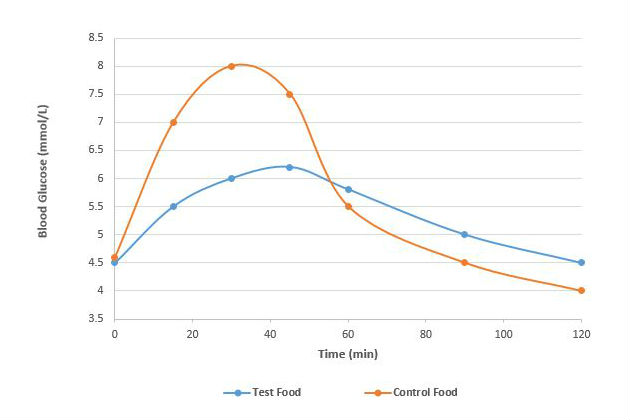 In human nutrition research, the glycemic index is determined for single ingredients, not meals, since each meal tends to vary in its composition. However, the majority of dogs and cats consume kibble or canned foods that contain a variety of ingredients, and pets often eat the same food for months or years. As such, it is likely more useful to report the glycemic index of complete foods for pets, not individual ingredients.

The glycemic index has been a hot topic in human nutrition, with hundreds of published scientific studies, but there has been a lack of similar research in dogs and cats. I was keenly interested in this topic and completed three research studies in this area as part of my Ph.D. degree.

For the first study, the glycemic index was determined for four individual carbohydrate sources — barley, corn, peas and rice — in healthy adult dogs. These foods were selected because they are commonly used in pet foods, and they represent a broad spectrum of glycemic index values in humans.

All of the ingredients were dried, ground and mixed with water prior to feeding to make a paste that the dogs readily ate. A glucose solution was used as the control food. Of the four uncooked carbohydrate sources, the peas were found to have the lowest glycemic index, whereas the white rice had the highest glycemic index. 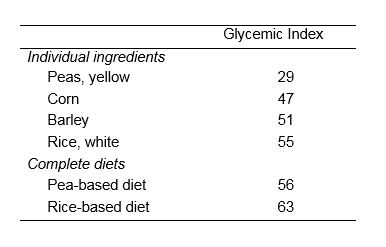 At the end of the study, it was found the obese dogs that received the pea-based diet had improved insulin response, suggesting improved management of blood glucose levels.

Is glycemic index relevant to pet food? The answer is "possibly," but we need more information before it can be applied to the foods available on the market today. A pet food may contain an ingredient that is reported in humans to have a high or low glycemic index, but that does not tell the whole story when it comes to the glycemic index of the complete food.

In addition, some of the claims about the health benefits of a low glycemic index diet for pets are gleaned from human nutrition research and have not been verified in dogs and cats. In humans, research suggests low glycemic index foods may help with weight control and chronic disease prevention. However, more research is needed before it can be determined whether the same is true for pets.