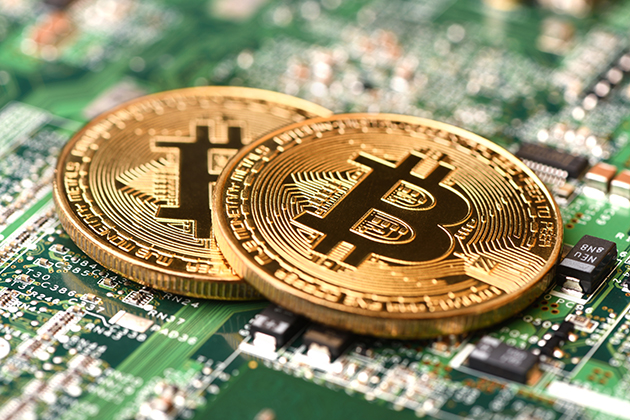 Paying employees in cryptocurrencies could be an emerging trend. But it’s not without controversy or implications.

According to Decryptionary.com, cryptocurrency is “an electronic money that uses technology to control how and when it is created and lets users directly exchange it between themselves, similar to cash.”

Cryptocurrency eliminates the need for banks, as transactions are processed on a shared database called a “blockchain” — which is operated by various individuals and companies. These transactions are safeguarded using “cryptography” or encryption techniques.

Presently, there are thousands of cryptocurrencies in existence. However, it all started with Bitcoin, which was released in 2009 and remains the most popular cryptocurrency to date. Per industry experts, Bitcoin is secure (at least, so far) because it’s almost impossible to alter transactions once they’ve been validated and made part of a block.

Is it legal to pay employees in cryptocurrency?

The practice of paying wages in cryptocurrency is becoming more common, but U.S. employers should tread carefully.

A key area of consideration is the Fair Labor Standards Act (FLSA), which says that employers must pay employees “prescribed wages, including overtime compensation, in cash or negotiable instrument payable at par.”

“Negotiable instrument payable at par” is interpreted to mean either cash or something that can be immediately converted into cash, such as direct deposit or paper check.

As noted in a report by Bloomberg Tax, the U.S. Department of Labor (DOL) permits employers to compensate employees via foreign currencies, provided the amounts — when converted into U.S. money — meet the respective FLSA standards. However, it’s not clear whether the DOL regards digital money, such as cryptocurrencies, as a legal method for paying wages under the FLSA.

Also, there may be state laws at play. For example, in Maryland, wages must be delivered “in United States currency; or by a check that, on demand, is convertible at face value into United States currency.” Many other states have similar requirements. Moreover, some states require employers to make wages readily accessible to employees, without fees or hindrances. Employers in these states risk violating the law if their employees aren’t able to convert their cryptocurrency wages (without fees or hindrances) into cash.

Another concern is the Internal Revenue Service (IRS), which regards cryptocurrencies as property, not as money. Basically, employers that pay wages in cryptocurrency must convert the digital currency into U.S. dollars, withhold federal taxes from the dollar wages, and report the information on employees’ Form W-2 — all of which could prove challenging for many employers.

The cryptocurrency market is currently not regulated by the U.S. Securities and Exchange Commission (SEC), though this could change in the future. If it does change, employers paying wages in cryptocurrency may need to adhere not just to wage-and-hour laws but also securities laws, on both federal and state levels.

There’s also the unstable nature of some cryptocurrencies. If the cryptocurrency suffers a loss in value — such as the Bitcoin crash in 2018 — it could trigger issues with minimum wage and overtime compliance. It could also put the employee at a financial disadvantage. To minimize risks, the employee would have to cash out the cryptocurrency payment immediately upon receipt — while it’s still trending up.

Experts note that the majority of employers that pay wages in cryptocurrency are “creating the cryptocurrency themselves; therefore, it costs them very little to make the payments.” These employers are essentially producing their own coin, typically at a very cheap price. When they use their own cryptocurrency to pay wages, the transaction is akin to paying employees via company shares, thereby yielding significant savings in payroll costs.

To prevent noncompliance with the FLSA, some payroll professionals suggest satisfying federal minimum wage and overtime thresholds in fiat currency and then paying any remaining amounts in cryptocurrency. Alternatively, employers can give employees the option of receiving only discretionary bonuses in cryptocurrency, as these types of bonuses don’t have to be included in FLSA overtime calculations.

While some employees might reject the idea of receiving wages in cryptocurrency, others, especially millennials, may welcome it.

The payment of wages in cryptocurrency is still in the beginning stages. It may one day become commonplace, or it could end up dying an early death. Ultimately, its fate depends on the future of cryptocurrency.

Meanwhile, there are a host of variables to consider before adopting this practice, including whether your employees want to be paid in cryptocurrency, whether such compensation is legally acceptable, and whether it makes sense to offer this payment model.