Is AI the secret to manufacturing efficiency? 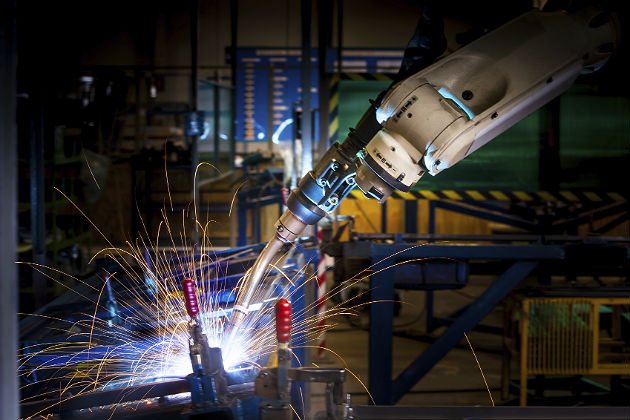 Robots are taking our jobs. It sounds terrifying, doesn't it? The specter of automation has reared up with a vengeance as overworked production facilities struggle to keep up with demand on several fronts: overall volume, specialty orders and particularly customer-facing customization options.

Robots — those futuristic companions of industry — seem to be a tireless, trustworthy solution to the issues that plague liability-fearing corporations: no sleep needed, no personal problems, and the ability to work 24 hours a day without a work of complaint or a suggestion of overtime.

The reality of the situation is far less panic-inducing. Rather than boxy metallic humanoids bumping hardworking men and women off of assembly lines, advances in production science have placed artificial intelligence (AI) in the niches and gaps of a workflow to keep disruptions, accidents and confusion to a minimum.

It's easy to cast a suspicious eye at a machine that performs the same task you do with unending efficiency. There's no comparison, so your own skills go unnoticed and unappreciated.

Manufacturing managers have recognized the folly of this setup, and new technologies have emerged that show surprisingly sophisticated brains. Forbes' Jim Lawton explains that behavior-based robots and automated components that can adapt to real-life situations are less likely to face being ostracized by virtue of their efficiency.

This is because they behave much like the staff you count on to perform on your manufacturing floor. They can read and recognize a change within reason, determine where they're needed, and go there to keep working — no management required.

The futuristic cartoon utopias of late '70s programs like "The Jetsons" aren't quite here yet, but that doesn't mean that "push button, get X" is a distant pipe dream. However, just as a human being learns more quickly when another human being demonstrates a task, these robots will need a lot of human interaction, feedback and correction until they're ready for primetime.

Consider AI in the warehouse like self-driving cars. Maybe you'll never need to rely on your digital driver completely, but most of us would memorize where the brake was before we got in, telling ourselves it's just in case.

Watching your AI and determining how well it performs is crucial to pinpointing your success and duplicating it on demand. As Alex Reed of Industry Week reminds us, the human-in-the-loop hiring model is likely to linger for quite some time when it comes to new technologies in manufacturing.

Unlike humans, who might get defensive, evasive or downright amnesia-ridden when asked about their job performance, AI isn't capable of lying — unless you program it to do so, for some reason.

The data each AI-wired machine collects can be fed back into the system to improve a little bit more with every passing cycle. The numbers an AI-connected manufacturing machine observes and collects throughout the day can also be used to inform the C-suite if more buy-in is needed to proceed. Over time, that data-driven manufacturing evolution will become more and more organic, driving down costs while driving up satisfaction in your target market(s).

Efficiency through humans alone will plateau — unfortunately, in many industries, it already has. If you'd like to grow and improve as a manufacturing space, look into AI for your infrastructure.

Also, don't be afraid to ask questions of industry peers who lean on AI. When the subject is broached respectfully, most AI-equipped manufacturing houses are happy to talk about the basics. Just make it clear that you aren't moving in on their target market!