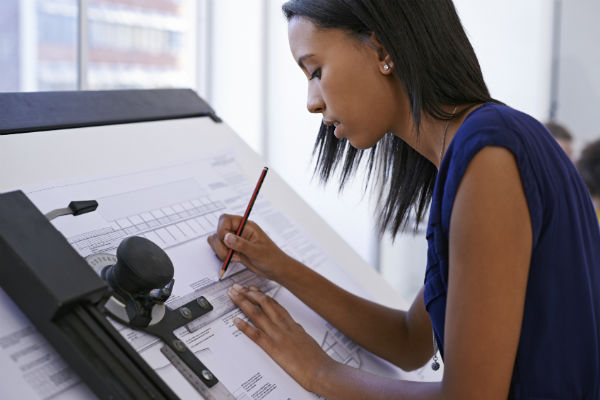 Hiring of interior designers picked up in the year from May 2016 and May 2017, according to just released employment and wage estimates (OES) from the U.S. Bureau of Labor Statistics (BLS).

Most of those gains were due to increased employment in interior design and architecture firms — an indication that demand for professional services has grown with improved economic conditions. In addition, employed interior designers as a group experienced the largest increase in wages in recent years. (BLS OES data does not include self-employed designers.)

Nationwide, the number of employed interior designers grew by 2,910 positions during those 12 months, to 56,070, up 5.2 percent from the previous reporting period. That amounts to 800 positions more than tallied in the period May 2015 to May 2016, or 1.2 percent higher. It is the largest increase in employment since the rebound from the recession in the period between May 2014 and May 2015.

Demand for designers and their work helped to push up wages as well. The mean annual wage for all employed interior designers rose by nearly $2,000, to $58,210, a hike of 3.4 percent. (Wage growth for all workers nationwide was just under 3 percent in 2017). The largest wage increase since the recession, it was nearly three times as high as in each of the previous three years.

Architecture firms added nearly half of all new positions (1,330), an increase of 11.6 percent over the previous 12-month period. Interior design firms were the second-largest creator of new jobs, adding 480 positions, up 2.3 percent. (The number of interior designers working in interior design firms is now at its highest level since the recession.) Slightly more designers (150) were working in residential construction companies, up 6 percent from the prior period.

For all employed designers, the median wage in this reporting period ranged from $27,240, in the lowest percentile, to $93,780, in the highest percentile. Salaries can be considerably higher in some sectors outside the industry, such as the federal government and manufacturing, but few designers are employed in those positions.

Fewer designers were employed in furniture stores from the prior reporting period, down 8 percent. Substantially more, however, were working in home furnishing and improvement stores, up more than 17 percent, the largest sector increase during the reporting period. At the same time, wages for designers working in these establishments declined by 5.5 percent, perhaps due to increased competition in the retail industry.

Regionally, the Midwest, the South and parts of New England experienced notable gains. Aside from California, the West had weakening employment.

Among states that lost positions were, surprisingly, some that in the previous few years had seen considerable gains, such as Texas (-810), Florida (-350), the District of Columbia (-210), and Washington (-180). Proportionately, states reporting the biggest declines in employed designers were West Virginia (-40 percent), Mississippi (-39 percent), Wyoming (-25 percent) and the District of Columbia (-24 percent).

In its 2018 Outlook and State of the Industry Report, the American Society of Interior Designers notes that the number of self-employed designers has been declining in recent years (down 13.5 percent between 2009 and 2016). Part of the drop is due to retirements and consolidations, and some from changes in the marketplace that produced new challenges for sole practitioners.

The new BLS OES data suggests that some of these designers, at least, may have decided to go work in another firm — although it may also be the case that, out of necessity, some have moved into the retail sector as well.