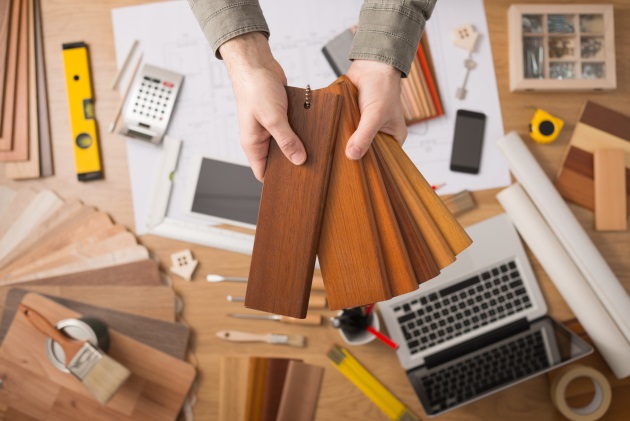 Between 2017 and 2018, large numbers of interior designers changed locations, according to the most recent Bureau of Labor Statistics data. Half of all states reported fewer employed interior designers in May 2018 than in May 2017. Many of the designers appear to have migrated to a handful of states with some of the highest concentrations of designers in the country.

Employment figures for interior designers always fluctuate among states from year to year. That in itself is not unusual. Local economies have good years and bad years. Firms may close or move. Designers can only thrive where there is a demand for their services.

However, in the past few years, the number of states losing designers has been gradually increasing. In 2015, only eight states reported fewer employed interior designers than in the previous year. That number rose to 13 in 2016 and to 17 in 2017. In 2018, it jumped to 25, an unprecedented number, higher than in the wake of the Great Recession.

Among the states reporting the largest decrease in the number of designers were Massachusetts (330), Virginia (230), Maryland (190), New Jersey (180), Florida (170), and Illinois (130). In addition, some states have been experiencing declines for two or more years. Florida reported a decrease of 350 positions in 2017; New Jersey a decrease of 100; and Illinois a decrease of 20.

Since the total number of employed interior designers increased by 1,000, or nearly 2%, between 2017 and 2018, not all of these losses can be attributed to downsizing or attrition due to retirements, family leave, or other reasons. Moreover, this was a period of high demand for interior design employees, with many firms stating they were having difficulty filling positions.

In some cases, changes to the local economy may account for some of these losses. Overall, though, the numbers suggest a different cause at work.

Looking at the states that reported the highest gains in employed interior designers, one begins to suspect a pattern. Topping the list are New York (790), Minnesota (450), California (330), and Tennessee (300).

In addition, a few states experienced substantial rebounds in the number of employed designers from the previous year, when they reported losses; notably Oregon (180), Missouri (180), and Texas (160). California, New York and Texas rank highest among all states for the total number of employed interior designers (8,460; 4,780; and 4,230, respectively). Tennessee and Minnesota have been adding new positions each year for the past several years.

One other statistic may shed some light on what has transpired. In the same period, the number of interior designers employed in design specialty firms fell slightly, by 20 positions, while the number of designers employed with architecture firms went up substantially, by 1,820 positions. This was very close to the total number of decreased positions (1,970). The median annual salary for all designers in these firms went up, by $660, while the pay for those in design specialty firms went down, by $1,040.

It would appear, therefore, that with the increased demand for skilled, experienced interior designers, more designers in this period went to work in architecture firms, which generally pay better.

Meanwhile, design firms that needed to re-staff hired less-experienced designers, who earned more entry-level salaries. The higher concentration of designers in some of the most populous states reflects this pattern as well. In other cases, improvements in the local economy appear to account for the rebound in employed designers from one year to the next.