Interior design is facing a talent shortage, and it’s going to get worse 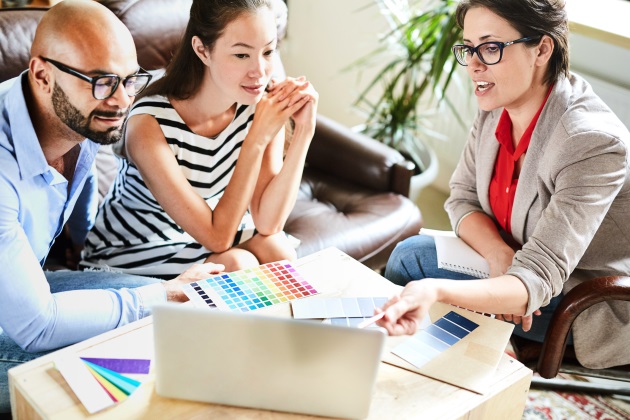 As anyone trying to hire in today’s job market knows, it’s getting harder and harder to find qualified candidates. From what we’re seeing in my firm, there currently is a talent shortage throughout the industry, in all positions. More troubling, it appears fewer younger people are entering the profession. That could create big problems for firms in the coming years.

A number of factors are contributing to the current shortage. Across the economy, we are experiencing near-full employment, and workers by and large are staying put in the jobs they have. For the past few years, design firms have been ramping up their hiring, and, as a result, most talented professionals already are employed.

Moreover, a number have relocated in recent years and are reluctant to do so again so soon. In addition, because of the large number of layoffs that occurred during the last recession, some designers never came back, and there are fewer experienced employees to fill mid-level positions.

Employers have responded to the shortage by increasing compensation packages and enhancing benefits to lure new hires and retain current employees. But those measures won’t fill the gap that is looming on the horizon. In the next five to ten years, the profession is going to be squeezed at both ends, with large numbers of Baby Boom designers taking retirement or semi-retirement and fewer new designers taking their place.

According to the recently released ASID 2020 Outlook and State of Interior Designreport, one-fourth of all practicing designers are age 55 and older, and another fourth are between the ages of 45 and 54. Although firms have hired more junior staff in the past couple of years, only a fourth of practicing designers are age 34 or younger, and only a fifth are in their middle career years. Both in terms of numbers and experience, firms are potentially facing a leadership void later in the decade.

Added to the current employment situation is the trend, also identified in the ASID report, of a steady decline in student enrollments in college and university interior design programs. From the beginning of the last decade, enrollments fell each year, from roughly 4,000 students in the academic year 2011-12 to around 3,000 by 2016-17.

The report notes that this decline follows a general trend in higher education toward fewer enrollments and fewer degrees awarded. The high cost of a college education, burdensome student debt and the relatively modest salaries awaiting those with degrees have many young people questioning the value of a college education, especially when, in the current economy, they can get a good-paying job without one or start their own business.

Specifically as to the decline in enrollments in interior design programs, Holly Mattson, executive director for the Council for Interior Design Accreditation (CIDA), suspects one reason may be the proliferation of interior design programs when interest in interior design among incoming students hit a high (in the late ‘90s/early 2000s). The number of current programs, Mattson observes, is no longer in alignment with student demand. “A correction of sorts, in line with the general enrollment trends, is probably needed,” she says.

If this trend continues, challenges will arise throughout the profession. In order to ensure an adequate pool of qualified designers in the near future, educators, the profession and the industry as a whole will need to come together to prevent a talent shortage.

Consolidating programs and resources could be a start. The ASID report implies a need to update programs as well, stating, “colleges and universities will have to take on the challenge of offering skills-training and innovative resources to prepare students to be successful upon graduation and to compete in this current economic environment.”

Without question, today’s younger generations have a keen interest in design. Practitioners and professional associations need to do more to reach out to them and demonstrate the value of a career in design, its rewards, and the many ways design can address issues that they care deeply about, such as climate change, diversity, equity, wellness, and quality of life. The future of the profession depends on it.