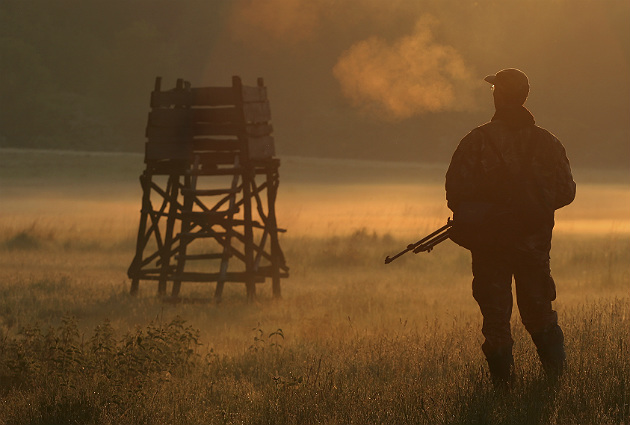 Hunters and anglers received some good news earlier this month when Secretary of the Interior David Bernhardt announced plans to further expand hunting and fishing opportunities on dozens of properties managed by the National Wildlife Refuge System all over the United States.

You’re right if you’re thinking you’ve heard news like this before: then-Secretary of the Interior Ryan Zinke made a similar announcement expanding public access for hunting and fishing on National Wildlife Refuges a year ago.

The plan announced by Secretary Bernhardt opens additional public lands to hunting and fishing on top of those opened last year. If fully implemented, the proposal would further increase the number of units in the National Wildlife Refuge System where the public may hunt and fish from 377 to 382 and from 312 to 316, respectively.

Furthermore, this new plan would also open 15 National Fish Hatcheries to hunting or fishing for the first time, expand hunting and fishing opportunities at 67 other units within the refuge system, and simplify the regulations pertaining to outdoor recreation on Wildlife Refuges.

Specifically, the United States Fish and Wildlife Service is moving to align hunting and fishing regulations on wildlife refuges to be more in line with existing regulations in the states where they are located. All told, this new proposal would result in public hunting and fishing access on grand total of 1.4 million land managed by the U.S. Fish and Wildlife Service.

Secretary Bernhardt has this to say about the proposed changes:

"President Trump is committed to expanding public access on public lands, and this proposal is executing on that directive by opening and increasing more access to hunting and fishing by the Fish and Wildlife Service at more stations and across more acres than ever before. Hunting and fishing are more than just traditional pastimes as they are also vital to the conservation of our lands and waters, our outdoor recreation economy, and our American way of life. These refuges and hatcheries provide incredible opportunities for sportsmen and women and their families across the country to pass on a fishing and hunting heritage to future generations and connect with wildlife."

If the proposal is officially adopted, five units in Texas will see expanded hunting and/or fishing opportunities: hunting will now be permitted on 822 additional acres at Hagerman National Wildlife Refuge; Inks Dam National Fish Hatchery will be opened for sport fishing; and the existing methods of take will be expanded to align with state hunting regulations at the Laguna Atascosa, Lower Rio Grande Valley, and Trinity National Wildlife Refuges.

While the plan is not yet confirmed, Fish and Wildlife Service hopes to finalize these changes in time for the 2019-2020 hunting season. The government will accept public comment on the proposed rule changes for 45 days at Regulations.gov. Be sure to let them know what you think about the proposal.

Visit the official Department of the Interior web site for the announcement, an interim copy of the proposed rule, and a full list of the National Wildlife Refuges and Hatcheries impacted by the proposed change.