Innovative urban farming can meet the demand for fresh produce 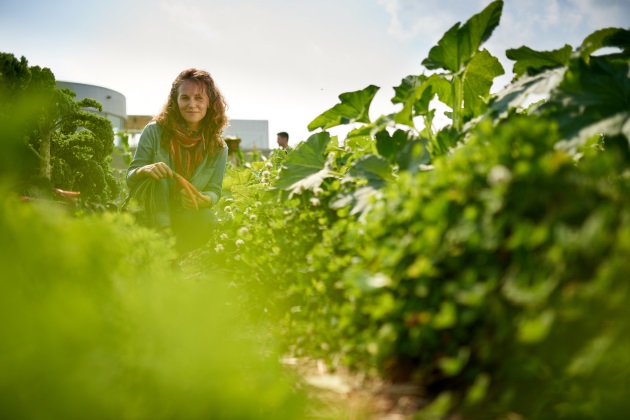 Recent research from Arizona State University gives us hope for a sustainable agricultural future. Researchers assessed the benefits of urban agriculture and found that it can lead to food sustainability.

The case study was that of urban agriculture in Phoenix, and the conclusion was that the city needed to use only 5% of its urban spaces to meet its sustainability goal.

The data-driven analysis shows that crops can be grown in three types of urban areas in Phoenix: vacant lots, rooftops, and building facades. The experiment will slash food deserts, environmental impacts from buildings and land use, and increase open, green spaces.

As the researchers pointed out, this experiment can be adopted quickly by other cities that wish to develop their own sustainability goals through urban agricultural methods.

Arizona is one of the biggest suppliers of produce for other states, and its urban experiment may act as an inspiration to others as well.

New York City’s vegetable production comes nowhere near meeting its demand. The majority of the city’s fresh produce is sourced from Arizona and California. Aside from the cost, long-distance transport of food leads to food waste through spoilage, diminished food freshness, and energy wastage.

The practice of urban or vertical farming promises to counter these effects and offer New Yorkers and others fresh produce locally. These crop production systems primarily use a liquid nutrient solution in lieu of soil and have controlled ambient air temperatures and relative humidity. The enriched concentration of carbon dioxide in its air hastens the crop’s photosynthetic growth, leading to much higher yield and quality.

These crops are less dependent on seasonal changes, pesticide-free, fresh, and hyper-local. They also consume 20% of the freshwater compared with open-field production.

Across the Atlantic, other experiments in urban farming are being carried out in the Netherlands. Located on one of the waterways in the Port of Rotterdam is an urban floating farm.

This small dairy farm seeks to bring animal products closer to the cities and save space. The innovative platform has three decks. The roof collects rainwater and has room for a solar panel to produce power; the cows rest on the middle deck and occasionally stroll over to a feeding station. The lower level of the structure allows entry and also holds the milk and manure processing facilities.

There are individual, communal and commercial efforts sprouting up in the U.S. and abroad. Food production is an experiment that can happen anywhere with some innovation.

Some are also demonstrating this passion by using shipping containers to grow fresh produce. This goes well with new generations’ focus on food safety and affinity for local produce.

As the world’s population increases and arable land continues to decrease, food sustainability has become a top concern. Urban farming might be the answer to meet those sustainability goals.