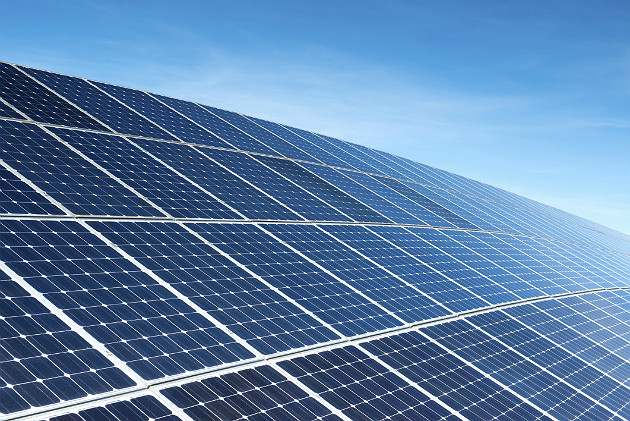 Most people no longer ask whether solar energy will be a success, the question is rather which forms of photovoltaic (PV) technology and system types will be successful. PV will become cost competitive with a significant fraction of new total electricity generation worldwide by 2020.

The total global installed PV capacity is fast approaching 100 GW, up from 1.5 GW in 2000 to 89.5 GW at the end of 2013. In 2013, for the second straight year, solar PV was the leading source of new electricity capacity installed, beating out wind, gas, coal and nuclear, and this trend is expected to continue as solar installed costs continue to fall.

Over the past five years, the price of installed PV systems has been reduced significantly, which can be primarily attributed to steep reductions in the price of PV/solar modules. From 2008-13, annual average module prices on the global market fell by approximately $2.60/watt, representing about 80 percent of the total decline in PV/solar module system prices over that period. 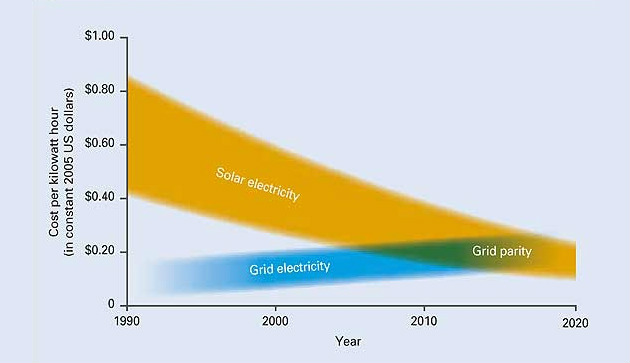 
The cost of electricity produced from solar installations has been steadily reducing toward that of standard grid electricity. With that in mind, let's take a look at emerging solar energy plastics-related applications.

BIPV is the marriage of three industries, namely architectural design, renewable energy and building products. Experts believe that distributed PV systems that provide electricity at the point of use will be the first to reach widespread commercialization, particularly PV power systems for individual buildings.

Solar energy firms and building material suppliers are working together to integrate solar cells into building materials. By simultaneously serving as building envelop material and power generator, BIPV can provide savings in materials and electricity costs as well as add architectural interest to the building.

While new construction that incorporates BIPV attracts much attention, retrofits are a promising market that is dominating in the U.S. One notable example is the Pythagoras Solar project that covers the south side of the Willis Tower (the former Sears Tower) in Chicago with solar panels creating a vertical 2-megawatt solar farm.

Key issues for the BIPV industry are cost and building aesthetics. Main design considerations include:

The majority are interfaced with the available utility grid, though they may also be used in standalone off-grid systems. One of the benefits of grid-tied BIPV systems is that the storage system is essentially free. Also, peak onsite solar electricity production is typically greatest at or near the time of the building and the utility peak loads. 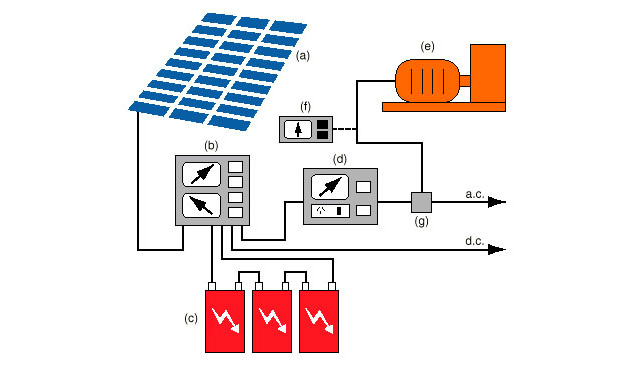 
A comprehensive BIPV system includes (referencing locations in the figure above):

Solar carports are quickly catching on in the European marketplace. They have the dual use of protecting/shading a car as well as serving as charging stations for electric vehicles or providing electricity to nearby offices and buildings.

The design is made possible by the use of polymethyl methacrylate (PMMA, acrylic) thermoplastic for the roof. PMMA is used for both front and back plates of the solar modules incorporated into the carport. The PMMA is transparent and formable as well as ultraviolet and weather resistant, making it ideal for manufacturing ultralightweight solar modules. The low weight, high UV/weather resistance and flexibility make PMMA solar modules especially useful for overhead applications. 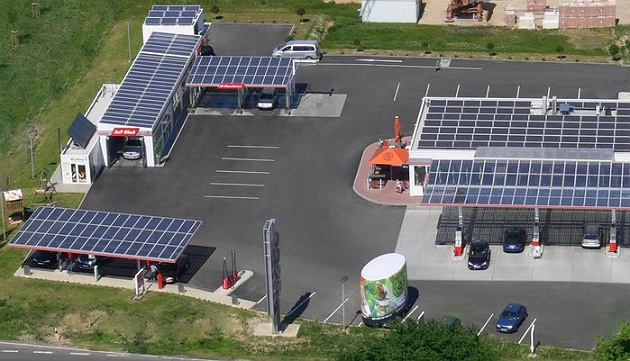 The load-bearing elements of the system are made of BASF Ultramid glass fiber-reinforced polyamide (nylon). This highly fiberglass-reinforced polyamide is one of the engineering plastics that has successfully passed the battery of tests involving outdoor exposure and for which a life service of 20 years has been substantiated in accordance with the ISO 4892-2 Cycle No. 1 standard.


The Ultramid used has:

The BASF Ultrasim computer simulation tool was used to optimize the mounting system components to meet PV-specific requirements such as exposure to snow and wind loads and achieve low intrinsic weight. In a single manufacturing process, Ensinger was able to incorporate snap-on connections, ribs and cutouts for draining water and laying cables.

The substructure system consists of few individual parts. Two identical pedestals made of plastic are joined together by a metal rail. A plastic bracket is mounted vertically on the rear pedestal by means of a snap-on connection and simple screw elements.

In this manner, the front pedestal and the plastic bracket form the contact surface for the PV module, providing an ideal angle for incident sunlight. The dual function of the pedestal not only simplifies the installation but also reduces logistical effort and fixed costs.

Up to now, substructure systems for photovoltaic installations on flat roofs had been made primarily of steel and aluminum.

What are key emerging solar energy application developments to watch?