Game-changing innovation grinds to a halt in mobile phone industry 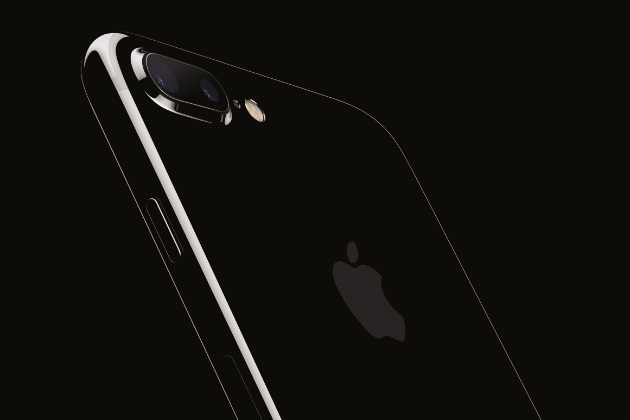 Apple unveiled the iPhone 7 and iPhone 7 Plus (pictured) on Sept. 7. (Image: Apple)

There are few — if any — days on the tech world's calendar that are more anticipated or followed than Apple's semiannual Apple Events.

Live-blogged by many major tech sites and followed by millions of fans around the world, the events showcase Apple's newest product lines and updates to existing product lines. On Sept. 7 in San Francisco, the tech behemoth unveiled its second-generation Apple Watch and the iPhone 7.

On the newest version of Apple's popular smartphone, you'll be to take higher-quality photos than on any previous iPhone and you can play Mario on a water-resistant phone. However, the major development is that the phone will no longer contain a 3.5 mm headphone jack that has been standard on most every smartphone model since the original iPhone revolutionized the tech world in 2007.

Instead, you'll have to play music or podcasts by connecting headphones through the iPhone 7's Lightning port, either by way of an adapter or Lightning-enabled headphones, both of which come with the new phone. The move coincides with another Apple product launch announced at the event: wireless Bluetooth headphones called AirPods, which will retail for $160.

Numerous criticisms followed the predicted move. After all, it's not that long ago that the iPod's iconic silhouette ads prominently featured a pair of headphones.

But the uproar over the removal of the headphone jack obscures one major fact: Outside of gradual memory, storage and resolution upgrades, the newest smartphones on the market have the same basic design and functionality they had four to five years ago.

Major, game-changing innovation has come to a halt in the mobile world, representing a vast departure from the sector's once-staggering rate of change (see infographic below).

Mobile phone technology is now in its fifth decade. The first mobile phone call was placed Motorola engineer Martin Cooper in April 1973 on a Manhattan street corner to a rival at Bell Systems. It would take a decade before Motorola got Cooper's prototype to market in the form of the DynaTAC 8000x, which cost $4,000 and weighed 2.5 pounds.

By comparison, a basic iPhone 7 will cost $649 and weigh less than 5 ounces.

Mobile phones became much cheaper and widespread in the 1990s, but it wasn't until near the turn of the millennium before the public got a taste of what a cellphone could eventually offer. In February 1999, Nokia released the 7110 — the first phone with the ability to access the internet.

Into the new century, phones began to include cameras, and Research in Motion's BlackBerry made mobile messaging extremely easy. Then, in 2007, Apple changed communication forever by streamlining voice calls, messaging, the internet and various downloadable applications onto one rectangular touchscreen with the iPhone.

In recent years, not only have the world's most popular phones adhered to the basic design that the iPhone pioneered, but the phones have also mostly come from the same brands, with Apple's iPhone and Samsung's Galaxy leading the way. Flagship handsets from HTC, Huawei (under Google's Nexus label) and LG are likewise well-regarded smartphones sold in many countries and adhere to the same general smartphone formula.

The implications of continued limited innovation could be huge for the industry. As phones continue to closely resemble each other and their predecessors from as far back as six or seven years ago, the lack of change could lead to customers declining to upgrade their phones and purchase the newest models.

Recently, tech research firm IDC signaled smartphone growth has slowed to a crawl, and that declines in sales are inevitable within the next five years. Yet, it's also probably unlikely that we'll see a game-changing phone that will reverse that trend during the same time period.

Make no mistake, smartphones continue to be amazing technological devices that continue to improve year after year — like the iPhone 7. But they're also not likely to look much different in the near future.

Ross Lancaster is an editor for MultiBriefs and a freelance writer with more than eight years of experience in journalism. He has covered sports, news and politics in his career, and holds a master's degree in political science from the University of North Texas.

Kaylee Nelson is the Infographic Manager and Lead Graphic Strategist of MultiView's Content Marketing department. She is also a freelance graphic artist with more than six years of experience in content and design. As a journalism graduate from The University of Missouri, she has worked in newspaper, magazine, advertising and marketing by both writing and designing for each.