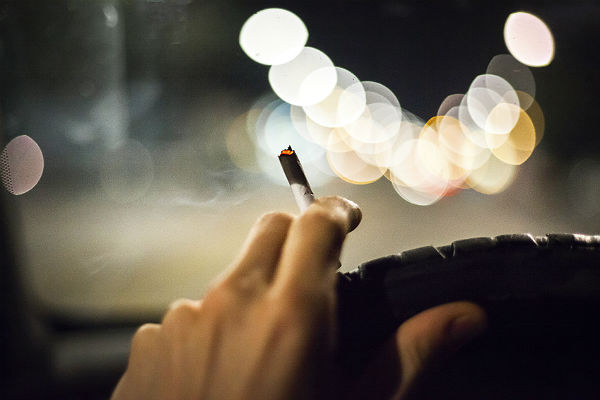 Oklahoma law enforcement officers are worried that marijuana use may increase impaired driving as the state begins to introduce legal medical marijuana.

Police are working with Oklahoma AAA to handle the increase in impaired drivers. A group of prosecutors, toxicologists, officers and the AAA in the state will go through enhanced training to detect impaired drivers.

Law enforcement is intent on following the same rules that apply for drunk driving and are urging users of medical marijuana to drive safe or not drive under marijuana influence.

Oklahoma is the not only state worrying about the increase in impaired driving. As more states go on to make marijuana legal, there are going to be traffic implications for each.

Legalization of recreational marijuana in the Green Mountain State has Vermont police agencies on high alert as well. They are worried that the law change will see more under-the-influence drivers on the roads.

For years, officers have been trained to detect drunk drivers and have Breathalyzers to help them. But detecting marijuana users may be tricky.

Departments in New York state have relied on drug recognition experts to detect marijuana or narcotics influence on a driver. This includes 250 officers who received specialized training on the subject.

It is often hard for officers to figure out if drivers are high on drugs. It’s a steep learning curve for law enforcement, and a drug recognition training program will be a big help. Some highlights of the program include a 12-step evaluation to detect impairment. The program also involves learning about pharmacology, toxicology and more.

Colorado and Washington have had legalized recreational marijuana for several years. Data show that the number of fatal crashes involving marijuana has increased in both states since legalization.

From those states' experiences, police departments in states that are debating legalization expect an initial increase in drugged driving cases.

A report by the National Highway Traffic Safety Administration (NHTSA) shows a substantial increase in marijuana use while driving between 2007 and 2014. The percentage of drivers that tested positive for THC — the main psychoactive chemical in cannabis, has risen from 8.6 to 12.6 percent.

Currently, there are no field sobriety tests for marijuana. Marijuana is known to have different effects on different people. which makes it harder for police officers to tell if someone is impaired by the drug.

A 2016 survey by the AAA Foundation for Traffic Safety found that 58 percent of users agreed that driving under marijuana influence increased the risk of a crash. The foundation recommends that police officers be trained to recognize marijuana-impaired drivers instead of waiting for the arbitrary legal limit for THC to be enforced.

Public education programs that focus on the risks of using marijuana while driving are also effective instead of strict laws. The public needs to be aware of the risks and take preventive actions.

A survey of car accident claims also backs up the data. The Highway Loss Data Institute released the reports of a study that showed auto crashes are on the rise in marijuana states. Colorado, Oregon and Washington show an increase in accident insurance claims, 3 percent higher than to be expected if those states had not made it legal to buy pot.

Legal marijuana supporters have said that the study is inconclusive. While a large part of the data needs to be substantiated, there is substantial evidence of increased crash risk in states that have approved recreational marijuana sales.