Incorporating drama in the language classroom 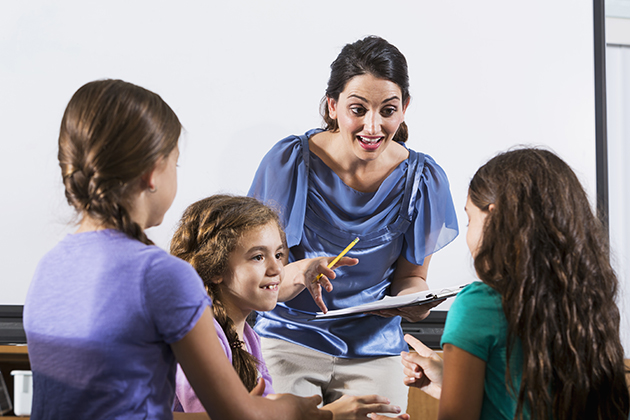 Imagine a practically foolproof way to captivate your English language students while giving them the opportunity to actively practice pronunciation, intonation, sentence structure and real-world language.

It's as easy as injecting a bit of drama into your language lessons. Through drama, there are endless possibilities for improving language use and more.

Drama is one of the best ways to keep the energy level up in your ESL classes, while students engage in profound learning without even realizing it. Student creativity, expression and initiative get activated at the same time they absorb the target language.

In addition to helping students reach language goals, the use of drama promotes self-direction, imagination, the development of raised self-confidence and self-esteem.

"Drama puts the teacher in the role of supporter in the learning process, and the students can take more responsibility for their own learning," writes Chris Boudreault in the internet TESL Journal. "Ideally, the teacher will take a less-dominant role in the language class and let the students explore the language activities."

Drama gives students a compelling reason to communicate and use authentic language. Shama Rapillard, a drama coach based in Mexico City, reports that regardless of their English level, her ESL students want to act so badly that they'll find a way to make whatever English they have work.

"That's the great thing about drama for language learners is being able to get up in front of the group and not worry about what people are thinking because it's so much fun," she said.

This impulse to stretch themselves to meet the task at hand is a powerful factor in activating learning that sticks with them. Theater's dynamic nature and students' emotional engagement with the whole process give the experience deep meaning that makes it memorable.

Hesitancy to use a second language in class is a common block to deeper learning — drama provides a means to sidestep this anxiety. Acting involves taking risks with the language, so some students may be reluctant at first. As these students become more accustomed to entering into drama's compelling make-believe world, they let their guard down.

Rapillard lets her students know that it's their participation and the effort they put into their work that matters in her class, not having perfect English.

Dive in with simple drama exercises

Theater warmups and games are fun, help break the ice and get students to step out of self-consciousness. Here, the focus isn't on performing for an audience; it's on interaction, reading nonverbal cues and communication. For example, trust exercises often involve students working in pairs.

Improvisation makes students to think on their own in dynamic situations. It simulates the spontaneity inherent in real-life conversations, which for the most part aren't prepared in advance or rehearsed. There are many ways to encourage students to improvise. Teachers can prepare slips of paper with roles or situations that students need to act out.

Role playing can be prepared or done in an impromptu fashion. Students may invent a missing scene or dialogue from a movie they have all seen. With literature, students can imagine what is going to happen next or create the ending they want and act that out.

Role play lends itself perfectly to the review and reinforcement of themes you are currently covering. For several weeks, students from El Instituto del Bosque outside Mexico City prepared for a special day where with their English teachers transformed the whole school into a cruise ship. Each classroom played the role of one of the types of people found on a luxury liner so that the passengers on the ship were assisted by stewards, waiters, lifeguards and the like.

Dialogue can be prepared in advance by teachers (as in the example above), taken from literature or films, or students can write their own lines based on character personality and the situation. Once they clearly understand the meaning of their lines and have memorized them, they can tackle nuances of the language.

"If students are going to tell a story or dramatize a text or a scene, emphasize the importance of experimenting with volume, pace, pitch, tone, gesture and facial expression to develop their character," writes Mark Almond Senior Lecturer at the School of Language Studies and Applied Linguistics at Christ Church University in Canterbury.

To get students used to stretching beyond their comfort zone, start with something simple and nonthreatening like a short role play of a character with whom they're familiar. Rapillard recommends an improv that comes from their own ideas.

Begin working in small groups instead of having students perform in front of the whole class. Slowly increment the complexity of the assignments and potential emotional risk involved — remember that it is a process.

Even simple exercises require teacher and student preparation. Clarifying your objectives with students and setting guidelines at the outset of each activity will help prevent things from getting out of hand. For example, if you want students to practice new vocabulary with an improv exercise, it may be helpful to have that vocab written on the board or let students know that you have a checklist and will be listening for correct use of that vocabulary.

With drama, students can make mistakes but not be penalized for it, explains Rapillard. Unless a student is confident with a high level of English, Rapillard doesn't interrupt students' flow while they are acting and gives corrections afterward.

Indeed, it is justifiable and necessary to give feedback and assess language use during drama activities. Be aware of the vulnerability students may experience while acting — magnified when done in a second language.

In her classic book, "Creative Play Production in the Classroom," Pamela Price warns, "Obviously, the teacher-director should never lose sight of the metamorphic and highly personal nature of improvisation; therefore, there must never be the question of success or failure."

Rapillard encourages teachers to take the leap and give drama a try in their language classrooms regardless of whether they have a theater arts background.

"Do drama as a fun activity so that you don't put pressure on students or on yourself as a teacher," she recommends. "Focus on relaxing and playing. Through play you never know what wonderful things will emerge."