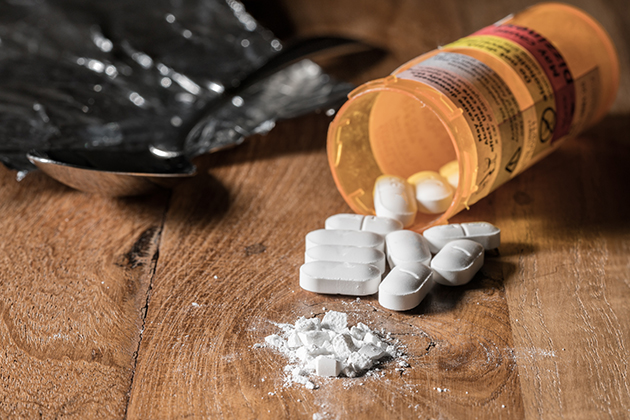 Recently released information from the West Virginia Board of Pharmacy (BOP) about their state opioid abuse problem confirms what many of us have been saying for years: Addiction and overdose deaths are not, primarily, a prescribing and dispensing problem.

CNBC reported that the Mountain State dispensed 31 million fewer opioid doses in 2017, the biggest drop on record. But deaths related to narcotic drug overdoses continued to rise and look like they will exceed the 884 from 2016.

My suspicion is that similar statistics could be cited from many states across the country.

How can prescribing be going down but deaths keep going up? The problem is we are focusing on the pills and not the patients.

The pills are not the problem. The overwhelming majority of those exposed to opioids never get addicted. A study published in The Journal of Urology in November of 2017 discovered that about 0.09 percent of patients prescribed opioids after a urological surgery developed an addiction or overdose.

But West Virginia, along with virtually every other state in our nation, continues to focus heavily on curbing prescribing habits as a primary solution. They have even taken some unconventional steps.

"The state pharmacy board, for its part, sends out letters to pharmacies and health providers when a person who was prescribed or dispensed drugs by those entities fatally overdoses," according to the CNBC article.

Now, there is nothing wrong with reducing the amount of unnecessarily prescribed opioids. We typically give far too many doses after surgical procedures or from emergency departments. And pharmacists need to be aware of the fact that they share a corresponding liability with the physician for dispensing opioids for nonmedical purposes.

A brief quote from the DEA's Pharmacist’s Manual may be appropriate here: "The law does not require a pharmacist to dispense a prescription of doubtful, questionable or suspicious origin. To the contrary, the pharmacist who deliberately ignores a questionable prescription when there is reason to believe it was not issued for a legitimate medical purpose may be prosecuted along with the issuing practitioner, for knowingly and intentionally distributing controlled substances."

But the West Virginia data is simply more proof that focusing primarily on dispensing and prescribing will never correct our problem with opioids in this country. And we have known this for a while. An article published in JAMA back in 2015 stated basically the same thing. The authors of that article noted that recreational (nonmedical) use of opioids declined during the decade of 2003 to 2013, but addiction disorders rose.

We know what works for addiction: methadone and buprenorphine. These medications are not terribly expensive and should be made more readily available to patients who want to stop using heroin or other opioids. But sadly fewer than 25 percent of patients treated for addiction are provided with these medications to help curb their cravings for drugs.

Of course, we also need more results from our efforts to stop the illegal activity of opioid and heroin diversion in our country. We have all the technology needed to know where the prescribing is going on. We just need to crack down and put these criminal prescribers behind bars. It is a small minority of bad doctors causing a lot of our problems.

I feel like pharmacies and pharmacists could do a lot more to help with this problem than we are allowed to do. What if states required insurance plans to pay pharmacists for a 15-minute consultation on addiction and recovery programs once a year? That doesn't seem unreasonable. And with a shortage of treatment facilities, pharmacists could also be utilized for managing methadone and buprenorphine programs as well.

We have a big problem on our hands. No one thinks there is an easy answer. But reigning in our prescribing, limiting opioid quantities for legitimate patients and rescheduling narcotics isn't working very well. It's time that states tapped into their pharmacists and gave us a chance to help.