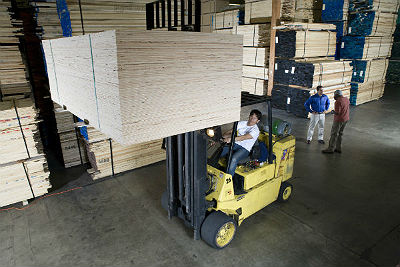 Peter Drucker, a world renowned pioneer in management theory, died in 2005 at the age of 95. Yet his book, "Managing in Turbulent Times," reads as though it were written yesterday.

Drucker was one of the first management gurus to recognize the importance of logistics. He understood why warehousing must be a lagging factor in a recession. When sales suddenly drop, inventories build, warehouses are filled, and warehousing companies prosper.

However, the end of recession brings about the reverse. Until management has confidence in the recovery, inventory levels that are lean for survival do not return to normal.

The best warehouse managers are returning to fundamentals to discover ways to "work smarter," anticipating that productivity improvements might enable volume to grow without adding staff, or at least keeping the workforce smaller than former levels. Consider whether today is the best time to implement voice recognition systems, robotics or other technology improvements that will increase output per hour.

Raising productivity is related closely to attitude. Drucker urged managers to recognize they are paid for enabling people to work productively. Ask colleagues and subordinates this question every six months: "What do we do, and what do I do, that helps you do what you are being paid for? What do we do that hampers you?"

Such questions should be asked of everyone. The only true expert is the skilled worker who knows more about his or her work than anybody else. There is no job in the warehouse so routine that it cannot be improved.

Furthermore, the concept of continuous improvement can be a morale builder for a workforce that may still be frightened by the shocks of the recession. What better way to combat fear than to introduce training and develop new methods and equipment that will enable every warehouse worker to increase productivity?

Drucker observed that Japanese companies move managerial staff from one functional job to another, with little regard for the manager's formal training. A sales manager might be moved into human resources, or an accounting manager to engineering.

The result is people become more versatile because they work in different areas. Warehousing is a business of flexibility, and success depends upon the employment of people who recognize the need to continue learning every time they acquire a new customer.

Drucker used the phrase, "the employee society" to describe a situation in which government focused on the hourly worker. He offered this unusual observation about the employee society: "In every developed country, between 85 percent and 90 percent of the economy's product is being paid out in the form of wages and salaries."

When 85 percent of national income goes to employees, the labor union's original purpose of increasing the share of income that goes to workers is lost. Management is always needed because enterprises and institutions have to be managed. Labor unions are a derivative of and a response to management, but theirs is not ever an indispensable function.

Even if today's labor union no longer serves the purpose for which it was created, a significant number of officials in our federal government act as though they are on a union payroll.

While the difference in pay between the factory worker and the Wall Street banker has increased greatly during the past few decades, the gap between the warehouse manager and warehouse worker is nowhere near as wide. Furthermore, few industries provide the upward mobility opportunities available in logistics services. Today, it is not uncommon to find a warehousing manager who started as a freight handler.

French executive JF Zobrist observed that there are two kinds of corporations: how companies and why companies. The how companies tell workers the way to do their jobs and judge employees by compliance with procedure. In contrast, other companies ask workers why they do what they are doing.

The answer always should be "to keep the customers happy." If the "why" requirement is satisfied, management should not worry about the how. Corporate leaders should be doing whatever is needed to advance the team toward the objective. In essence, liberating the workplace begins by creating a condition in which people feel like human beings instead of human resources.

Furthermore, while manufacturing may be outsourced to a nation with cheap labor, few warehousing operations are movable to a foreign land. 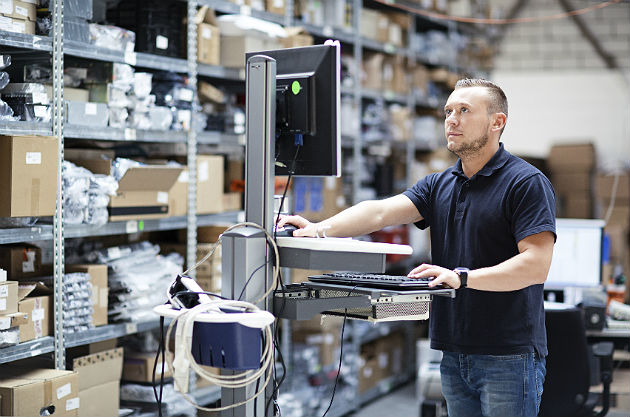 Drucker observed that the future of any enterprise is formed by these four features:

The best warehouse usually is the one with the best people. Development of people is the ultimate survival strategy in the world of logistics. While the warehousing industry has changed during the past few decades, the majority of companies remain family-owned, family-managed or both.

Relationships, rather than abilities, may determine who is put into leadership positions. Even in professionally-managed warehousing organizations, leadership is usually conferred before it is earned.

Because management is so critical in the field of warehousing, the wrong person "on the bus" can do enormous damage before the selection error is discovered. The best warehouse operators use extreme caution when selecting, developing and promoting staff. They are likely to use tests designed to measure leadership potential, as well as detailed interviews.

Investment decisions are less critical in warehousing than in capital-intensive enterprises, such as a steel mill. It is possible to build a warehousing organization by leasing, rather than owning capital assets.

Because warehousing is a marginal business, the ability to control real estate at below-market costs can be a success factor. Quality is important, too, and that may be defined by the ability to create superior storage buildings either through new construction or rehabilitation of older facilities.

The Great Depression resulted in new opportunities for a number of innovative companies. DuPont, Procter & Gamble and Hewlett-Packard are just a few of the companies that prospered through innovation during the 1930s.

Management performance should be measured against the organization's business strategies. Were the right goals set?

Although business strategy development is not a high priority in the warehousing industry, the most progressive warehousing organizations are likely to have a growth strategy, as well as contingency plans and a program for management succession. Every senior executive should know the company strategy and should be able to measure performance against it.

Writing during the late 1970s, Drucker was concerned about keeping order in a difficult national business climate. He considered productivity, training, labor unions and four performance areas. How will these observations change the way you manage your business?