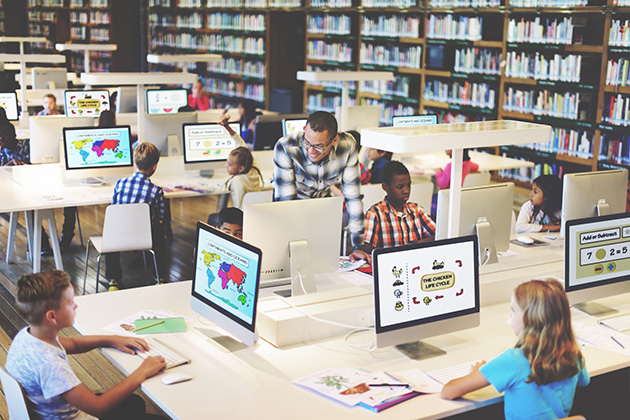 Computer science is one of the fastest-growing and highest-paying career paths globally. The incorporation of advanced computer studies in high schools and earlier grade levels in 2020 and beyond is set to redefine education and prepare students for the digital economy.

Despite good intentions, most states currently do not have enough students interested in computer science or enough teachers trained to impart the subject.

It is imperative to expose students to technology and encourage them to explore the world of computer science. Furthermore, demographic disparities need to be addressed both in terms of gender and race, which has led to an educational gap in the field between white males and minority and female students.

Earlier in January, the University of Texas at San Antonio reported that a team of researchers is focused on growing the Hispanic population of teachers in science, technology, engineering, and mathematics fields. The idea is to increase minority participation in computer science and other STEM fields by creating more equitable access and experiences in these areas.

A look at some states' initiatives

Wyoming has introduced a curriculum for its public schools that places computer science as a major subject right at the elementary level. The state is aiming to reach maximum computer literacy, which means that computer science will mean more than using basic technology.

The new curriculum standards will help increase awareness of the subject, make it an integral part of a student's journey, and prepare them for a tech-driven world.

At the elementary level, emphases will be on foundational skills and exposure. Middle schoolers will learn about cybersecurity and multiple applications to collect or present information. By high school graduation, students will gain the skillsets they need for the digital world, to think critically, and perform in a skill area. Those who fall in love with coding will be able to create their own computer programs.

Earlier, only affluent districts were offering computer science, but things have improved in the past two years. Now, almost all school districts have incorporated computer programming or computer science in their K-12 standards.

Indiana has received high praise for expanding access to computer science education across its K-12 classes. The state's robust updates to policies and standards are aimed at increasing opportunities for students and make them career ready. California K-12 schools are also looking to increase students' access to computer science classes and train more educators to teach the courses.

The need for K-12 computer science education from the earliest grades cannot be stressed enough. New K-12 standards in various states will help students develop foundational knowledge and use the power of computational thinking for problem-solving and critical thinking.