If you haven’t tried EFT, you’re missing out on a great stress reliever 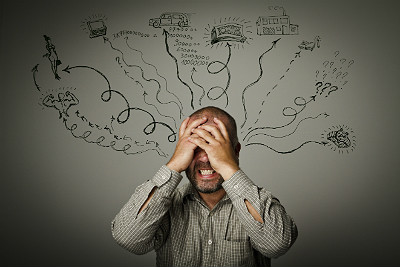 I first learned about the Emotional Freedom Technique (EFT) more than 10 years ago at a class being offered at a metaphysical library in Seattle. Though I had experienced personal benefits from acupressure, acupuncture and reflexology, I didn’t really appreciate this new approach to working with energy and the meridians of the body.

Fast forward to October 2018. My mom died after a long, horrendous mental decline due to Alzheimer’s disease. Shortly after that, my business began to show signs that I needed to make some drastic changes to keep it viable.

Then, to top it off, I learned my good friend, whom two years ago had happily invited me to live in a house she owns, informed me that she was selling said house and I had to move.

Death. Business pivot. Move. All in a matter of a few months.

Needless to say, my stress response was off the charts, and my anxiety at an all-time high. Many of my tried-and-true tools and techniques just weren’t cutting it.

In the midst of this personal turbulence, I began to notice that classes and conferences on EFT kept showing up in my email, Facebook News Feed and conversations with friends. I took this as a sign and decided to finally give it a try. I certainly had nothing to lose.

For those of you who are unfamiliar with EFT (aka energy psychology or tapping), it is a healing modality that involves systematic tapping of specific end points of the energy meridian system (some of the same ones used by acupuncturists and acupressure practitioners) to diffuse the intensity of stressful emotions and create a state of overall well-being.

EFT was founded by Gary Craig, who learned Thought Field Therapy from Dr. Richard Callahan, a clinical psychologist, in 1991. Four years later, Craig released his first EFT training and guide. There were other students of Dr. Callahan’s that have also made contributions to this innovative healing approach.

Since then, numerous studies have shown that EFT works.

Research conducted at Harvard Medical School over a period of 10 years found that tapping on meridian points decreases arousal in the amygdala (the part of your brain that triggers a "fight or flight" stress response in the body). EFT doesn’t suppress the feelings that are triggered. Instead, it brings them into your awareness and then through tapping, sends a signal to the brain which reduces the stress response.

Dawson Church, Ph.D., Executive Director of the National Institute for Integrative Healthcare in Fulton, California, and fellow researchers surveyed 448 EFT practitioners about their experience using EFT to treat PTSD. A total of "63% reported that even complex PTSD can be remediated in 10 or fewer EFT sessions."

Initially, I thought EFT would be complicated to learn. To my relief, I learned that there was an app (of course) called The Tapping Solution, making it super easy to jump in and receive the benefits right away. The app has tapping exercises for all kinds of issues. Some are free and some are part of their premium service.

According to The Tapping Solution’s website, "The basic technique requires you to focus on the negative emotion at hand: a fear or anxiety, a bad memory, an unresolved problem, or anything that’s bothering you. While maintaining your mental focus on this issue, use your fingertips to tap 5-7 times each on 12 of the body’s meridian points. Tapping on these meridian points — while concentrating on accepting and resolving the negative emotion — will access your body’s energy, restoring it to a balanced state."

I’m happy to report that after using the app, I felt immediate relief! I plan on continuing to make EFT a regular part of my self-care routine.

There are lots of great sources of information and classes to learn more about EFT. Here are few to help you get started.