Identifying the traits of leadership 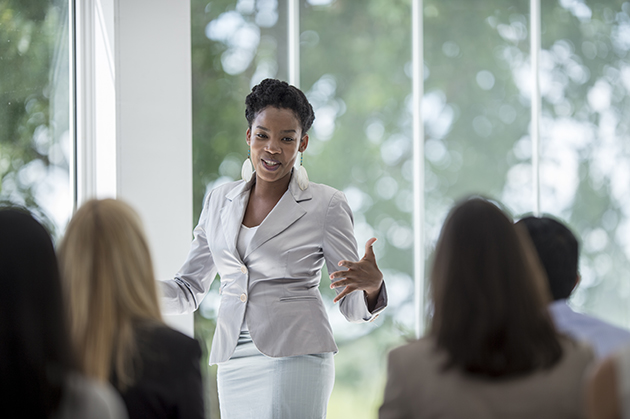 Scholars have written numerous articles on leadership. Many of these articles center on the traits of a leader, actions or responses of a leader or even why some consider one individual a great leader over another.

Was it their time in history — being in the right place at the right time? Was it their extensive training, or lack thereof, that enabled them to persevere through the challenges they faced? Or was it plain old "good luck" that helped them through?

Whatever the answer, one thing is certain: Their actions and decisions have provoked controversy for years. This controversy has enabled scholars to study the leaders to ascertain why they chose their course and how tomorrow's leaders can overcome future challenges.

Leadership is dangerous. A leader must step forward and make decisions that all too often are unpopular. According to Ronald A. Heifetz and Marty Linsky, to lead is to live dangerously. When leadership counts — when you lead people through difficult change — you challenge what people hold dear.

A leader will impact people's ways of thinking, their tools, their daily habits and their utmost loyalties. Leaders must "invade" people's comfort zone to make a change. Often this invasion is met with strong resistance. People push back when you disturb their personal and institutional equilibrium.

If leadership is dangerous, why would anyone wish to lead? The answer is simple: Leadership is about connections, beliefs and modeling, not about position.

Too often we look to national leaders such as Winston Churchill and Abraham Lincoln who accomplished great feats when faced with overwhelming odds, but we overlook others. Joan of Arc was a peasant. Martin Luther was a simple monk. Moses was a refugee from justice. Jesus was a carpenter. Gandhi was a small businessman. Martin Luther King was a preacher.

A prominent position in a hierarchy simply provides a platform and an arena to exercise leadership skills, but the hierarchical position is not necessary to make an impact on your friends, family, coworkers and the world, according to Aubrey C. Daniels and James E. Daniels.

People look for connections, things they have in common with others. This is nothing new as people from the beginning of time have searched for primal connections. Whether a tribal chieftain, shaman, religious leader or the president of the United States, each has earned their place because their leadership was emotionally compelling.

According to Daniel Goleman et al, throughout history and in cultures everywhere, the leader in any human group has been the one to whom others look for assurance and clarity when facing uncertainty or threat, or when there is a job to be done. The leader acts as the group's emotional guide.

Followers look to a leader for a supportive emotional connection, for empathy. This task applies to leadership everywhere, from the board room to the shop floor.

Once leaders have made a connection with their group, they must then foster their beliefs to implement their plan. Many leaders scour self-help books or seek the advice from others who were successful in their fields and implement verbatim the advice from the sources they had sought out.

An example of this ideology is present in sports. If a team is losing or not performing to a fan's expectations, they think they need a new coach with more discipline. The fan may suggest coaches who exhibit strong discipline characteristics such as Vince Lombardi, Bear Bryant or Bobby Knight.

But things are not always as they seem. Bryant stated that he was not tough on his players, and that toughness in dealing with his players was not the secret to his success. His secret was getting the players to want to give their best. Too often new leaders are enticed by the successes of leaders or organizations and fail to build on the connections with their group by encouraging "buy in" or belief in the overall goals of the new leader.

Leaders who use the connections they have fostered via the beliefs and "buy in" of their employees must now move from "talking the talk" to "walking the walk." Discontinuity between word and example will quickly erode a person's ability to lead.

Setting an example is not to be flaunted. If a leader requires all employees to report to work at 7:30 a.m. and he or she as the leader arrives at 7:45, the leadership credibility is severely damaged. Likewise, if the leader stresses that a project must be completed by 2 p.m. on Wednesday but grants multiple extensions without explanations, his or her word/timelines mean nothing.

Your word is your word. A timeline is a timeline, otherwise why make the arbitrary statement? One trait of a strong and effective leader is the ability to speak hard truths in a way that communicates value and caring. Leaders model norms and expectations for all to see and invite others to follow in their footsteps.

The act of leadership is difficult. Successful leaders are often ridiculed because of the decisions they must make on any given day. Heifetz and Linsky concur. Leadership, while perilous, is an enterprise worthy of the cost. By making the lives of people around you better, leadership provides meaning in life, it creates purpose.

Leaders meet challenges head on. They understand that "taking some heat" is necessary for the good of the organization. But if the leader strives to build connections via beliefs with employees and learns to model by "walking the line," then all will benefit in the future.

Mark S. Miller is currently a regional consultant for the State Support Team Region 12, a branch of the Ohio Department of Education. The primary role of the State Support Team is to offer professional development to teachers and administrators across Ohio to improve student achievement. Prior to joining the "SST," Mark was superintendent of the Buckeye Local School District in Dillonvale, Ohio. He also serves as an adjunct lecturer for Franciscan University in Steubenville, Ohio. Mark teaches both graduate and under graduate education courses. Not only has he served as a superintendent in the state of Ohio for 10 years, but he has also held positions as a high school principal, special education coordinator, intervention specialist and social studies teacher.

Mark has an earned doctorate degree from Robert Morris University in Pittsburgh and is actively involved in scholarly writing and conference presentations. His most recent presentations were for the Learning Disabilities Association in Baltimore in February 2017 (progress monitoring) and the Society for Information Technology and Teacher Education in Austin, Texas, in March 2017 (growth mindsets). He has presented at conferences across the globe in person and via virtual mode. He lives with his wife and two children in Ohio.