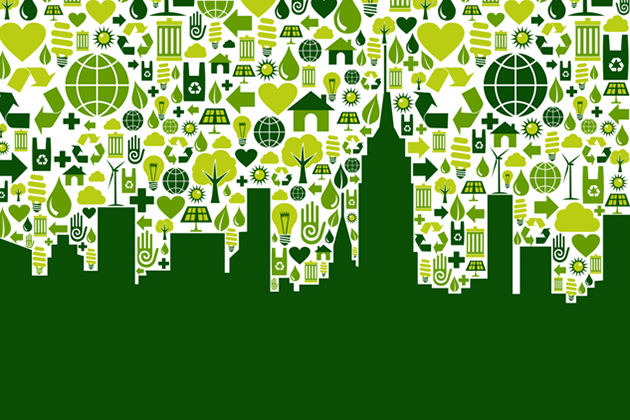 The U.K. is currently exploring the prospect of one of the most radical transformations to its heating infrastructure for half a century. As the country grapples with a target to achieve net-zero greenhouse gas emissions by 2050 — one of the last legislative acts of former prime minister Theresa May — a variety of trials are underway to investigate whether it is possible to replace the national natural gas “grid” with one that runs on hydrogen.

The goal is ultimately to run 100% hydrogen in place of the current methane network, but to start with a 20% blend with natural gas. This goal is driven by the fact that hydrogen does not release CO2 during combustion, whereas methane is quite carbon intensive. The 2018 provisional U.K. greenhouse gas statistics show gas combustion in all forms (heating and power) accounted for 50% of the country’s carbon emissions.

The proposal to replace natural gas heating (and cooking) with hydrogen has created a fevered debate in the U.K. There is, understandably, a strong lobby in favor from the boiler industry, which sells 1.7 million new units a year, and argues that it makes economic sense to find a low-carbon replacement for the existing technology — and one that can use much of the existing infrastructure, because while hydrogen requires new pipework, it can be run through existing pipes — even if the overall outlay is likely to run into many hundreds of millions of pounds.

The proponents of hydrogen point out that it would be relatively straight-forward to switch current boiler technology over to hydrogen — with the installation of “hydrogen-ready” appliances.

These would be able to run on a hydrogen blend initially, but when the hydrogen grid is ready for 100% hydrogen, they could be adapted, with just an hour’s visit from an engineer to adjust the burners appropriately. Interestingly, all new boilers in the UK have been required to be tested on a 23% hydrogen blend since 1996.

However, the hydrogen option is challenged by those who believe that it is an expensive “experiment” and that the decarbonization of heating should be based on electrification, not gas — and that electric-powered heat pumps can provide the bulk of the replacement technology.

The English government has shown something of its intention by last year with a proposed Future Homes Standard, which sets out the elimination of fossil fuels for heating in new build homes by 2025. The consultation document makes clear that the heat pump should be seen as the primary heat source in new housing and that, therefore, homebuilders should not be looking to connect new estates to the gas grid.

But it is accepted that for existing buildings, commercial and residential, a different solution for lower-carbon heat will probably be required, since heat pumps require well-insulated buildings, and most existing housing stock doesn’t meet the insulation criteria.

This is why the U.K. is currently in the early stages of trialing the hydrogen technology, both at network level and at the appliance level. (Even here, however, there is a counterargument, from those who believe hydrogen represents poor value for money: namely isn’t it a better investment to simply insulate the existing buildings to the level where the heat pumps do perform optimally?)

For both camps, all eyes are on the promised Heat Roadmap that the Westminster government is promising will be published this year, which, it is hoped, will provide firmer policy detail as to what form of heat technology will be “preferred,” along with an indication of how the policy will be supported.

However, as U.S. readers will appreciate, Boris Johnson’s government has been somewhat preoccupied in recent weeks with preparing the way for exiting the European Union, so there is no detailed timescale for the Roadmap’s publication. 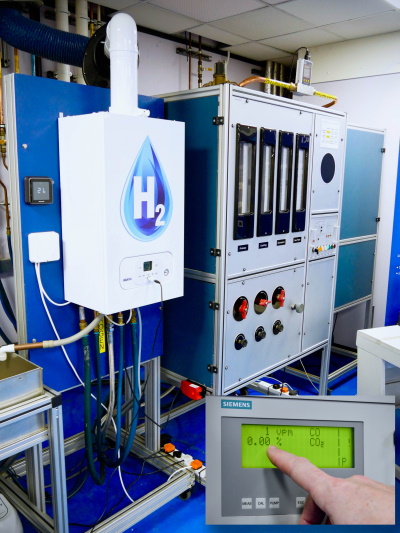 Despite the policy landscape being a bit blurry, the trials for hydrogen technology have been carrying on apace. The end of last year saw successful operation of a prototype hydrogen boiler, running on 100% hydrogen, at manufacturer Baxi’s Preston factory. The manufacturer proudly released pictures of the instrument panel displaying 0% carbon emissions.

Perhaps unsurprisingly, the manufacturer has also been keen to show politicians and government officials the operation of the technology too.

Live trials are planned for further hydrogen boilers throughout this year, the firm says.

The work has taken place as part of the government-backed Hy4Heat innovation program, a £25 million program assessing the safety of using hydrogen in buildings and commissioning the development of new gas appliances. The Hy4Heat partners point out that the technology change required is of the same scale as the 1960s switchover from “town gas” based on coal to the current methane-based grid.

Naturally, along with technology development, there is extensive work underway to define all the relevant standards for hydrogen, including the all-important safety standards.

In parallel, the HyDeploy project is working on trials of a hydrogen network. This has just begun its first trial of a grid-injected hydrogen blendat Keele University in Staffordshire, where a 20 per cent blend of hydrogen with methane is heating 100 homes and 30 faculty buildings. Keele was chosen for the £7 million demonstration as the university has its own private gas network.

Although 20% might seem a relatively small proportion to get excited about, it is important to realize that this is at the forefront of the technology — the highest proportion of hydrogen in full operational use in Europe is only 12%, taking place in the Netherlands.

The hydrogen is produced by an electrolyser — a proprietary unit which uses an electrical current to split water molecules into oxygen and hydrogen.

Preparations for the first public trial in a residential estate in the town of Gateshead are now starting to be worked up, with an expected launch in December this year. The 10-month trial will see around 670 homes and businesses heated by the hydrogen blend, distributed via the public gas network.

There are plenty of details still to be worked through about how hydrogen networks might work: from how the hydrogen will be created in volume to the vast investment required in infrastructure, to the logistics of switching over millions of consumers. But there is no doubting the sense of excitement at the development of what is effectively a new-zero carbon heating technology.

The partners behind the Keele project are certainly excited about the prospects: Ed Syson, the chief strategy and safety officer for gas network operator Cadent said at its official unveiling this month: “It is impossible to overstate the importance of the trial to the U.K. This is the first-ever practical demonstration of hydrogen in a modern gas network in this country.