How Tokyo’s Narita Airport is battling the growth of Haneda 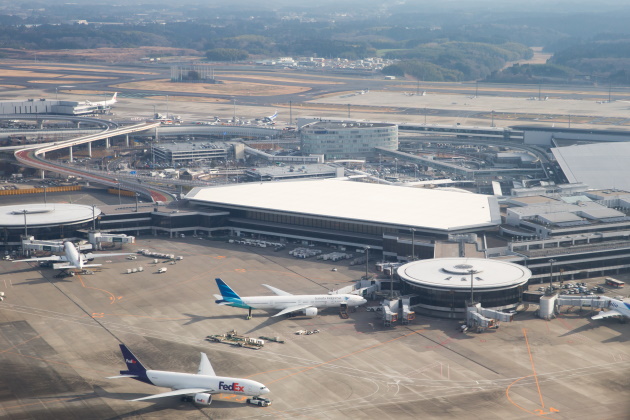 Narita International Airport in Tokyo has seen a shift of traffic in recent years to Haneda Airport, which is closer to the city and regarded as more convenient. In order to recapture some of the market, Narita has unveiled a number of incentives and growth plans to attract airlines and passengers back to its runways.

Opened in 1978, New Tokyo International Airport (as Narita was then known) was a controversial solution to overcrowding at Haneda. It quickly became the main gateway for international flights into Japan’s capital.

In recent years, however, the opening of more slots for international carriers at Haneda – which by now has more runways and terminals – has meant airlines leaving Narita, which is 37 miles from Tokyo, for the convenience of Haneda, which is less than nine miles away.

Recent moves by Narita have seen proposals submitted to build a third runway at the airport, increasing its aircraft movement capacity to 500,000 per year when it opens in 2030. It will also extend the length of its current second runway to be able to handle larger airliners.

The airport has also reduced its night time movement restrictions, opening up its runways from 5:00 a.m. to midnight. This has added an additional 78 daily slots.

In a recent blow, both of Japan’s national carriers, ANA All Nippon Airways and Japan Airlines, have announced many key international routes will be transferred from Narita to Haneda Airport from March this year.

As a result, Narita has introduced an incentive program to attract new routes. The program offers free landing fees for any new route of greater than 7,000 km distance to a destination not yet served from Narita. Any new route must commence between Jan. 1 and March 31, 2020, and incentives will reduce over successive years to 70% discount in year two, and 40% discount in year three.

For airlines already operating at Narita, an incentive offering a 50% discount on incremental landing charges for introducing larger aircraft on the route will be introduced.

So far one new airline has announced a new long-haul route to Narita. Israel’s El Al will begin a Boeing 787 service from Tel Aviv from March 11, while other carriers are reportedly in discussion with the airport.

However, Japan Airlines has not abandoned its Narita hub completely. It will reintroduce flights to San Francisco in 2020, as well as launching its new low-cost, long-haul product named ZIPAIR Tokyo, which will base its aircraft at the airport, flying initially to Bangkok and Seoul.

After welcoming a record 42 million passengers in 2018, Narita remains Japan’s second-busiest airport. The loss of key international routes to Haneda will undoubtedly see a blip in growth in 2020, potentially offset by the introduction of ZIPAIR as well as extra flights anticipated for the 2020 Tokyo Olympics and Paralympics.

Moves to make the airport more attractive to passengers and open to new business are key to maintaining Narita’s competitiveness. Work on the new runway is expected to begin next year. Expect more route announcements as airlines take advantage of the incentive being offered.