How to wreck a warehousing business 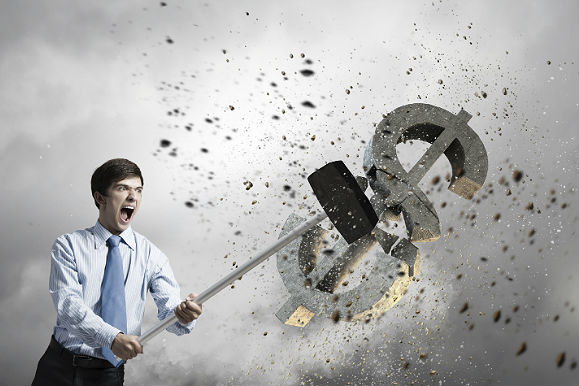 Compared to most businesses, the distribution industry is reasonably stable. New enterprises frequently are launched, and older companies constantly disappear. However, in most cases, the cause of disappearance is a corporate buyout, rather than a catastrophic failure.

Yet the risks of collapse always are present. Some of the most common of these failures are identified in this article, through descriptions of typical but mythical companies that suffered from them.

Please note that while none of the portraits in the text are descriptions of real companies, each is a blend of multiple situations observed while working with logistics service providers and wholesale distributors. It is not my intent to identify any individual corporation or its management, but rather, to provide realistic examples that represent life threatening situations for a distribution company.

Perhaps the most common cause of disaster is allowing a single customer to become so dominant that the loss of that customer is a threat to survival. During the early decades of the 20th century, business folklore described a major retailer who followed a deliberate strategy of taking an ever-larger share of a vendor's capacity with the intent of forcing the vendor to cut prices and/or sell the enterprise to the retailer.

Our first business fable is about Wonderful Warehousing Inc. (WWI), a logistics service firm based in Colorado. Sandy Beach, founder and CEO of the firm, initiated a relationship with Amazing Automotive Accessories (AAA), a distributor of auto parts.

During the first three years, AAA occupied about 15 percent of WWI's space but represented more than 35 percent of net profits. During the next several years, AAA acquired several other wholesalers and grew rapidly. By 2003, AAA represented about 90 percent of the profit earned by WWI, and occupied most of the warehouse space.

Sandy Beach ignored his advisory board's advice that the company expand and diversify in order to prepare for the possibility of losing its largest customer. Because AAA had always provided abnormally large margins, and because Beach had developed a cordial relationship with a vice president of the company, he believed his advisers were unduly alarmed about the concentration with one customer. During July of 2013, the AAA vice president retired, and his replacement never developed a close relationship with Beach.

By November of 2013, the director of supply chain at AAA began to complain that WWI's fee schedule was not competitive. Sandy Beach offered a 10 percent reduction in storage fees, but the offer was rejected as inadequate. In January of 2014, AAA established a second distribution center in Las Vegas but did not reduce the volume of business handled in Colorado.

By June, after protracted negotiations with WWI about storage and handling fees, AAA announced its intention to transfer all distribution operations to Nevada. WWI adapted to this loss by converting the warehouse facilities from logistics services to long-term leasing. WWI is surviving, but with significantly lower profit margins than a decade ago.

Four additional warehouses were under construction in California, Texas, Georgia and New Jersey. The second operation opened during November, the third during January of 2010, the fourth during February, and the last during March.

Under pressure to staff up quickly, the human resources team hired inexperienced people, providing them with little or no job training. Quality deteriorated, and the company was unable to attract new business rapidly enough to support the expanding chain of warehouses. CWI burned through the capital that had been raised to finance the enterprise by the middle of 2011, and the company was sold to a liquidator at a bargain price.

Warren Peace designed an innovative service offering, but he failed to implement a practical plan for expansion. Furthermore, the challenge of startup in new communities was grossly underestimated. When the major customers recognized that the pace of expansion had overwhelmed CWI's capabilities, the business collapsed.

Our third fable is about DirectDistribution.com (DD), a logistics service firm in Minnesota, that specialized in fulfillment and residential delivery. Established during 2003, the company was acquired by an Eastern investment firm during 2006.

The firm planned to mechanize the operation and expand into new markets. The long-range strategy was an option of a public offering or another sale. A management recruiter was retained to build a management team, and Lucinda Bolts was hired as CEO of DD. Bolts had a distinguished record with a professional engineering company.

Under pressure to mechanize as quickly as possible, Bolts visited Consolidated Conveyors, a well-known manufacturer of materials handling equipment. She approved the purchase of a $40 million materials handling system, without considering competitive options or justification of the investment.

Consolidated Conveyors delivered and installed equipment, and after product testing, the system seemed to work correctly. Unfortunately, upon delivery, DD had only a fraction of the volume needed to justify the investment in mechanized equipment.

Bolts made an intensive effort to attract new business, but was not able to do so before the funding established to support the enterprise was exhausted. DD closed its doors, and the conveying equipment was sold to a scrap dealer.

The danger of an acquisition binge

Our next fable describes Pinnacle Properties, a real estate developer who planned to acquire Practical Public Warehousing, a division of a large transportation conglomerate. A management consultant was retained to perform the "due diligence" prior to consummation of the transaction.

After interviewing several of the major clients, the consultant reported that customer relations were extremely fragile. A financial analyst observed that profit margins were substandard.

In spite of these warnings, Pinnacle Properties completed the merger and then continued to acquire several additional warehousing companies during the next three years, paying high prices for each. Pinnacle soon discovered that the highly competitive pricing in the warehousing industry would not provide a fair return on the capital invested in the business. Eventually, it was sold at a loss to foreign investors.

We have considered four fables that described failures. Like most illnesses, they can be controlled when diagnosed early. You may have observed disasters that we failed to identify. If you have, please let us hear from you.