How to transport a firearm on an airline 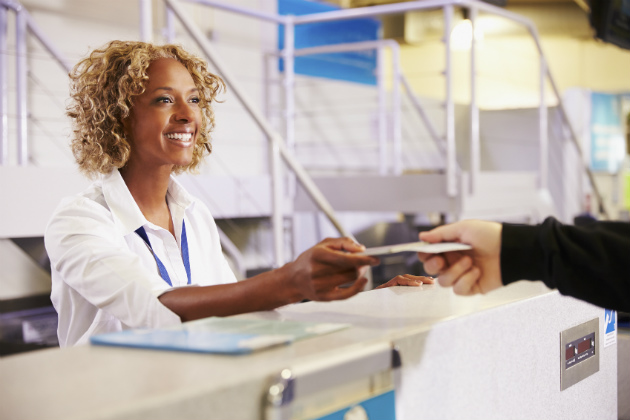 While the hassle involved with airline travel — particularly the security screening process — seems to be getting worse and worse each day, transporting a firearm on an airline actually isn't as complicated as you would think. This is great news if you want to take a firearm on an airline with you for a hunting trip, shooting competition or just for self-defense.

However, there is a right and a wrong way to do it.

Before I get started I've got one disclaimer: While I am intimately familiar with the process of transporting firearms on airlines through my personal experiences, the rules and regulations for doing so change from time to time, so there is no guarantee the advice offered in this article will always be 100 percent accurate. For this reason, you should always check out the TSA regulations pertaining to flying with guns as well as the policies of the specific airline you'll be flying on prior to your trip.

All firearms must be transported in a locked, hard-sided container as checked baggage. The exact kind of container you use doesn't matter too much as long as it prevents unauthorized people from accessing its contents. Basically, as long as it is sturdy enough that nobody can open it and access your firearm while it is locked, the case probably meets TSA standards.

Additionally, it does not matter whether you use combination or key locks. Whatever you do, do not use TSA-approved locks. According to federal law and TSA regulations, only the passenger is permitted to retain the key or combination to the lock.

This rule is to prevent anyone from accessing your firearms without you present, which would be completely negated if you use a TSA-approved lock that the TSA agents at the airport have a master key to. Instead, use a conventional but sturdy padlock to secure your gun case.

Next, make sure your gun is unloaded before putting it in the case. This means both the chamber and the magazine of the firearm must both be completely empty of ammunition.

Though the regulations of individual airlines do vary on the subject, the TSA does permit you to transport ammunition in the same case as your firearm as long as it is securely packed. On some airlines, it is permitted to have a loaded magazine or clip in the gun case (but just not inserted into the gun). However, I don't recommend doing this.

Instead, you should transport ammunition in a container specifically designed to store it. Whenever possible, I recommend using the original packaging used by the manufacturer. There are a number of other suitable containers that will work, to include the plastic boxes commonly used by hand loaders.

Basically, as long as it is a container that will securely hold your ammunition, it will probably be acceptable. Just don't try to carry loose ammunition or a bunch of cartridges in a plastic bag. 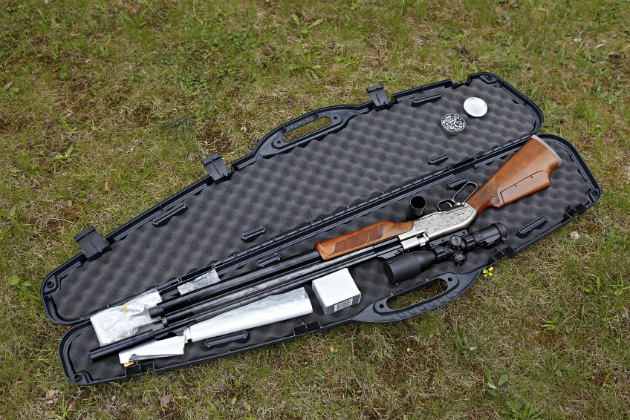 The TSA says "small amounts" of ammunition may be carried, but they don't specify how much that is. Regulations vary between airlines, but 11 pounds (5 kilograms) is a pretty standard ammunition weight allowance. Notice the limit is not for a specific number of rounds, but for an overall weight of the ammunition. For this reason, it is a good idea to weigh your ammunition prior to your flight so you don't inadvertently exceed the limit.

This is of particular concern to those who hunt with muzzleloaders. There is absolutely nothing wrong with flying with a muzzleloader (TSA treats it just like a rifle or shotgun), but you'll need to arrange to get primers and powder at your final destination.

Once you arrive at the airport, you must declare your firearm to the airline. Don't walk up to the agent and say, "I've got a gun." Instead, say something along the lines of "I need to declare a firearm." The airline may require that a supervisor actually process your bags, but it is usually not a big deal. The agent will then have you sign a declaration card where you state that your firearms are unloaded.

Most agents will take care of you without blinking an eye. That being said, you'll occasionally run into someone who either legitimately doesn't know the rules or is actively trying to make life difficult for you as a gun owner. For this reason, you should carry a printed-out copy of the TSA regulations along with the policies of the airline you'll be flying with, as this can sometimes make the process go a little more smoothly.

Next, you'll need to take your gun case to the TSA screening station. The exact process for this varies at each airport and with each airline. Some airlines will send someone to escort you to the station, others will not. Sometimes the TSA agents will just test the outside of the case for explosive residue. Other times they will want you to open your gun case so they can inspect the contents.

For this reason, make sure you have the keys to your gun case easily accessible (not in your checked bag). Either way, hang out for a couple of minutes until they are done. Then you can go through security and proceed to your gate as usual.

These extra steps normally add 20-30 minutes to the typical process of catching a flight (if everything goes smoothly). Just keep this in mind and make sure you get to the airport at least two hours before departure to avoid missing your flight. It's better to have extra time on your hands than to be in a rush because you got to the airport too late.

Each airline and airport handles baggage claim of firearms a little differently. I've seen my gun case come out on the regular baggage carousel. I've also seen it just dropped off with oversized items (like skis). I've also had to pick up my gun case in the airline baggage office. Just be flexible and don't panic if you don't see it on the baggage carousel.

It should go without saying, but I'll say it anyway: Before your trip, you should make 100 percent certain that the firearm you are trying to take with you is legal to possess at your final destination. Every place has different rules about what guns are legal and what are not, and ignorance of the law will not prevent you from getting into trouble if you run afoul of local gun control regulations.

You should also exercise caution when booking a flight with connections. Though the Firearm Owners Protection Act does protect gun owners who are just transiting through a jurisdiction where their firearm is illegal, that has not stopped some law enforcement agencies from harassing and even arresting law abiding gun owners. La Guardia, JFK and Newark are all notorious for this, so avoid those airports on your trip if at all possible.

As you can see, flying with a gun isn't that complicated. Just make sure you're familiar with and follow the TSA regulations and the rules for the specific airline you'll be flying on. If you do this, you'll be fine. I've included links to the information about the policies several major airlines have regarding transporting firearms below.