How to thrive in a competitive market sector 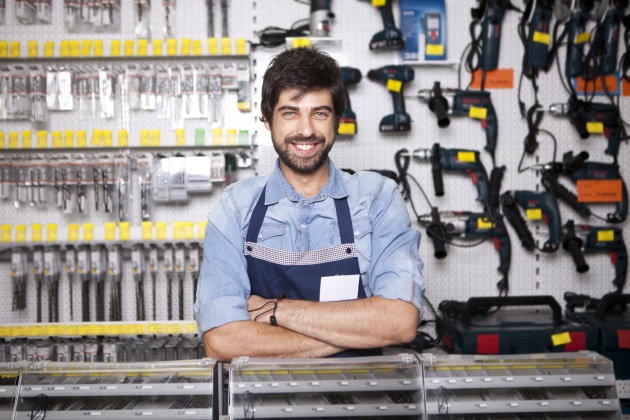 While certain retail sectors are struggling to cope in a competitive marketplace, Gold Country Ace Hardware in Cameron Park, California, has managed to thrive and surpass its regional hardware competitors, including the big-name/big-box stores and the local mom-and-pop shops.

Robert Blum, vice president of Blum Enterprises, which owns Gold Country Ace Hardware, explains the management strategies that catapulted them to their success and being awarded Pinnacle status by Ace for "exemplary performance."

"We have always tried to remain relevant to our local community," Blum explains. "We listen to our customers about the kinds of products they need and would like to see us carry. And we’re always adjusting our inventory to reflect these emerging trends. It’s not a theoretical exercise for us; we see it at a grassroots level."

He trains his staff to inquire if customers have found everything they need, especially the customers walking out empty-handed. When it’s an item not stocked, or simply out of stock, the item goes on a clipboard that Blum regularly reviews to spot trends regarding products he should carry, or increase the level of in his inventory.

Because his hardware store’s competitive advantage is personalized and features expert assistance, Blum makes sure that his staff has the tools, resources, and skills to achieve the level of service demanded. Web training, meetings, and mentoring all have their place in keeping his staff knowledgeable and motivated.

In this tight employment market, Blum has learned to scout for qualified staff candidates, even if he has no open position at the moment. Finding and keeping the best staff is always a business owner’s concern, so Blum never wants to overlook someone who would make a valuable addition to the team.

Even though Blum is proud of the loyalty his staff feels to their work "home," there is always inevitable turnover. If a prospect would be that much of an asset, he finds a way to hire them into a position that would benefit the employee and the store.

Blum has a different approach to rewarding staff for jobs well done. Rather than publicly reward one employee, he rewards the entire staff.

"Maybe one staffer has been singled out for having done an excellent job, but it’s the whole team working together that has made that possible." His store participates in a Secret Shopper program, and when they get 100% score (which is usual), he rewards the entire staff with a pizza party. "That way there’s no drama or unhealthy competition within our workforce and reinforces the concept that we’re all part of the same winning team," Blum explains.

Another key to his store’s success, Blum cites, is the smart use of technology. Converting to an automated ordering system has relieved him of a labor-intensive, mundane chore and freed him to concentrate on developing and executing future growth strategies that are incumbent on him as the leader.

His biggest challenge is also his biggest reward: people, Blum laughs. But he stresses that he’s happy doing what he loves. And if he didn’t own a hardware store, it would be another business endeavor, as he has a strong entrepreneurial spirit. He and his wife, Gretchen, who’s also his general manager, have fun discussing future business enterprises.

He advises other entrepreneurs to accept that sometimes you will make mistakes. Don’t let your ego block your ability to analyze a mistake, rectify it, and move on.

He recounts an experience where he had a vision for a product display, spent countless hours executing it, and when finished, stood back, surveyed his work, and realized it was terrible. He accepted his mistake, redid the merchandising display, and didn’t waste time trying to justify a bad decision.

Entrepreneurs have to make quick decisions and realize that not all of them will pan out. "It’s accountable responsibility. You have to be able to say, ‘I was wrong, and we’re going to do it differently.’ Do the best you can with what you have at that moment in time," Blum says.

Blum suggests that the most successful business is one that fulfills a void in your community. You don’t, for example, open a coffee shop because you think it would be fun to own a coffee shop. Do the market research first; is there a dearth of coffee shops in your town, or is there one every 50 feet? Blum stresses, "Business is not about fulfilling your need, but others’ needs."