How to tell patients about the link between gingivitis and diabetes 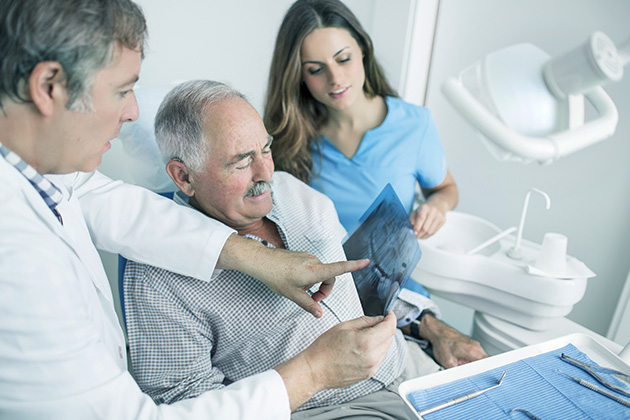 The American Diabetes Association reports that a whopping 30 million Americans have diabetes. Unfortunately, this condition comes with many extensive complications that aren't limited to the medical field. Many reports have shown a prevalent connection between diabetes in patients and early to advanced stages of gingivitis.

Studies have shown a possible tie between the disease itself and gingivitis. A person with diabetes is more likely to develop periodontal disease, as claimed by the American Academy of Periodontology.

Some experts believe the presence of gum disease, even in its early stages, can affect a patient's ability to keep his/her blood sugar, or glucose, under control. Conversely, there are professionals who think diabetes negatively affects a person's oral health, because high blood sugar can leave tissues in the mouth and gums prone to infection.

Unattended diabetes can quickly become life-threatening for any patient. Those with gingivitis and any stage of diabetes have been linked to serious problems, including heart and renal (kidney) disease, as well as increased risk of strokes.

Because diabetes is manageable given the right information and medical supplies, the sooner the patients are aware of their condition, the better. This allows them to make life changes to drastically reduce their risk of further aggravating their health.

While people almost never get their glucose tested if they feel they don't have a need to, they are likely to go to the dentist's office for routine care and cleanings twice a year, as recommended by most dental professionals. A routine dental appointment could very well be a periodontal patient's only opportunity to learn about the likelihood of developing diabetes.

This creates a dilemma for dentists and periodontists. Do they warn patients with gingivitis or advanced gum disease about the possible likelihood of diabetes? At what point during their patient's care should they mention, or present facts about, this correlation?

This can be a touchy subject, as most dental and medical professionals do not feel comfortable giving advice, diagnoses or recommendations outside of their specialty. But this problem might be easier to solve than it seems.

As advanced dental and medical technology is developed, more and more dentists and periodontists are expanding their care to include diabetes testing right in their offices. Often, patients learn of their "prediabetes" status with no prior knowledge or assumption of their condition.

A study in Amsterdam showed of patients with advanced gum disease who were unaware of, or unprepared for, their diabetes diagnosis — an astounding 10 percent had full Type 2 diabetes.

A simple finger prick and glucose study could prove to be life-changing for patients in dental offices around the world. The American Dental Association has strict recommendations for care of diabetic patients — that is, patients who are already aware of their diagnoses.

However, it seems at this point that dentists and periodontists would be well within their expertise in advising patients to pursue further testing and diabetes screening at their doctor's office.