How to stop being a stressed-out, compulsive micromanager 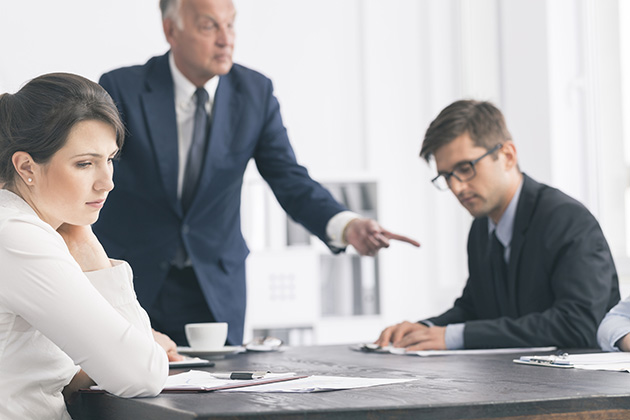 Do you find yourself hovering over your employees to make sure the task, project or job gets done right? If you have to hover and micromanage, then you either have the wrong employee or don’t trust anyone but yourself. If the latter is the case, then do it all yourself. See how that works for you.

Micromanaging and trying to control every action of an employee, colleague or a family member is exhausting. Do you really have the energy? Don’t you need to use your time better?

Compulsive micromanaging and having to be in control of every detail is a great way to get nothing done, burn yourself out and say goodbye to sanity, serenity and success.

There’s another way. Try this. Learn to let go. As an ex-micromanager and control freak, I can testify that this works.

I had to discover that when I tried to control other people, I ended up with extreme stress and carried it with me. I got the headaches, back pain and general uptightness. The people I tried to control went home and hardly gave me a thought once they left the workplace.

Compulsive micromanaging is annoying to other people. It impedes productivity and causes other people to rebel. It wrecks a team because other people don’t want to work with us. They feel like we’re always looking over their shoulder and being critical.

It’s not just at work. We take ourselves with us wherever we go. If we overcontrol at work, we do it at home with our families, friends and even our pets.

Try taking a few deep breaths next time you want to micromanage. Remind yourself that you gave someone a project because they are capable.

Change the message from “only I can do it and it’s up to me,” to “There are different ways to achieve results. I’ll give other people a chance to show what they can do. Maybe someone will have an even better way to get results than I did.”

Remind yourself over and over that you can’t control people every second, but you can talk with them to find out how they will accomplish a task, set a time to check-in and follow-up, and create a process together.

A coaching client told me she was worried that her employees would show her up in meetings with customers, so she told them to let her do the talking. After one meeting a customer said he wanted to hear ideas from the other people on her team. My client was scared that the customer would want to only do business with her employee and “steal” him away.

Instead of allowing employees to do their best work at what they were hired to do, she would “assign” them tasks. Her employees felt like she was treating them like children.

By the time she called me, two members of her leadership team had left, and several employees were on their way out. Social media was not being kind after that.

When we started working together, I taught her the techniques I had been taught and that I still practice. Gradually, she began to trust the ideas and abilities of other people.

She stopped taking herself so seriously, started laughing more and found humor in her old ways. In adopting the practices of letting go and using conscious self-talk, she had more time to do her own work and take the company to a new level of innovation and profit. One of her former employees rejoined the organization the following year.

If you hover over your employees and stop them from making decisions on their own, you’ll kill your business. Your micromanaging can be very expensive when employees leave and take their great ideas to your competitor.

I’ll always remember these words from the CEO of a Fortune 500 company.

When I asked what made him so successful, he said “I’m smart enough to hire people who are smarter than me.”

Learning to take a deep breath (or several) when you have the compulsion to micromanage is a great technique for letting go. Start practicing now. Try it next time.

Remind yourself that you hired this employee for their talents and skills, and that you trust your judgement.

Instead of thinking that there is only one way to achieve results, consider that there may be other ways.

When you let other people shine, become willing to listen to and implement their suggestions, and sometimes admit that your idea might not be the best, you will be seen as a true leader.

As Lizzo says in her recent song, “Juice,” “If I’m shinin’, everybody gonna shine.” when you help your employees shine, the whole organization, including you, will have the glow of success.