How to prevent ‘passive clone syndrome’ in your organization 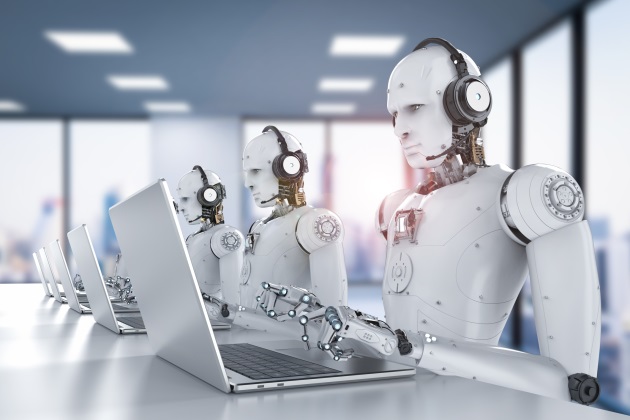 I recently watched a Bruce Willis movie called “Surrogates” for the second time. People stay home, send their surrogates to work and use remote controls to interact with them. The surrogates are exact clones of their “owners.”

Although “Surrogates” is in the future, it made me think about workplaces today. Willis is an FBI agent who sends his FBI surrogate to solve a murder, until he realizes that he needs to personally be involved. He leaves the house and takes his true self to work to find the killer.

In the movie, people can stay home, watch TV, get on Facebook, and hang out. They don’t feel engaged, connected or part of anything. It made me wonder about some of the workplaces today.

Are Your Employees Sending Their Clones to Work?

A few years ago we conducted an organizational assessment for the president of a midsize company who wanted to build a more diverse workforce. We were able to look at the recruiting process and develop a strategy to make it less biased and more inclusive and increase diversity amongst their new hires.

The next step was to address the overall culture. People had said during interviews and focus groups that they wanted to feel like they belonged. They needed to be part of an inclusive community where they loved to contribute their best work. The employees and my team thought that Robert, the CEO, wanted to create that environment in his organization.

Having worked with hundreds of organizations and spoken to thousands of employees in almost 30 years, I’ve found that ultimately people want to be part of something greater than themselves whether they are at work for one hour or a whole day. We all need to feel connected.

But after Robert met his hiring goals, he was done. For him it was about the numbers and not the people. We didn’t hear from him for two years, until last month.

“We’re not getting our return on investment from the diversity in our workforce. We spent all that money and time recruiting, hiring and training new people and they’re either leaving or not contributing. I think some of them have retired in place, even the ones that are under 30,” he complained.

I told Robert that his organization was suffering from “passive clone syndrome.” You see their bodies at work, but their minds are watching the latest bingeworthy TV show, reliving their last vacation or updating their Instagram account. So, in a way, they are at work in clone form. While most movies have the “Attack of the Clones,” his workplace was a “The Nap of the Clones.”

Robert’s mistake was in thinking that just having diversity in the workplace without doing any more work would automatically equal inclusion, and innovation. Numbers are not enough. If you’ve ever experienced “passive clone syndrome” in your workplace or want to prevent it, read on.

Here are three of the key reasons for “passive clone syndrome,” along with solutions.

1. You have numbers and representation, but the culture is the same. Instead of expanding or elevating to include new people from different backgrounds, experiences and work styles, you expect everyone to adapt to the “way it’s always been.”

People who are different than the historical “norm” feel stifled. It’s too hard to contribute new ideas, or ways to solve problems.

Solution: Create a diverse team to examine old cultural norms and identify ways in which the culture needs to adapt, expand or transform to be inclusive. If most informal networking or client meetings were on the golf course, identify additional ways people can be involved.

Offer free golf lessons to everyone who is able and wants to play and add other informal networking events that include more people. Not everyone wants to play golf or go to bars. Ask people for suggestions. Set up opportunities during work hours. These will make people engage.

2. There is no formal onboarding process to welcome people…

…and make them feel like they really belong. If new employees feel awkward and uncomfortable, they will be hesitant to contribute and lose interest in the organization.

Solution: Create a “formal” process to integrate new employees into the organization. Train a group of employees to be “welcome ambassadors,” who take new people “under their wing,” introduce them to others, take them out to lunch and give new people what they need to be successful.

3. Employees feel pressure to conform and think like everyone else.

All of their genius and creativity is wasted because they are not encouraged to “be different.” They shut down.

Solution: Be conscious of your behavior and the way you solicit ideas. Learn new ways to access and be open to diversity of thought and experiences. Acknowledge creative thinking and listen before you respond. You may hear an idea for breakthrough innovation that you would have rejected.

Ultimately, it’s about creating a community where people thrive, where they can be their own individual selves, and discard their “passive clone selves.”