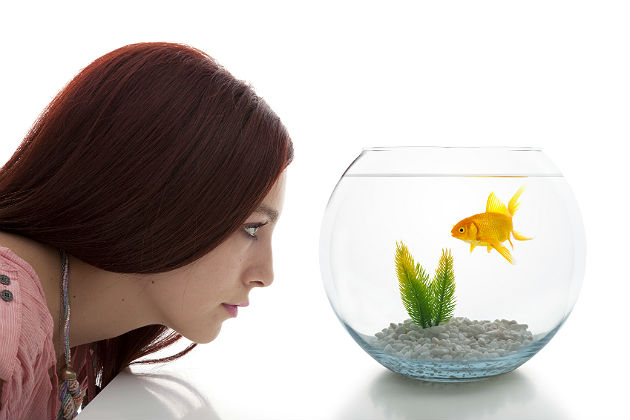 Bad news: Goldfish now have a longer attention span than most humans. New research from Microsoft found that since 2000, the average human attention span has dropped from 12 seconds to a mere eight — one second shorter than that of a goldfish.

That means most of you didn't even make it to this sentence.

The biggest change since the start of the study in 2000? The omnipresent smartphone. More than two-thirds of American adults now own a smartphone. And 46 percent of those users say they couldn't live without it, according to Pew Research released in April.

In this age of ever-shrinking attention spans, the question for marketers and advertisers becomes: How can we get and keep the attention of consumers? Here are three quick tips.

1. Use images over text

To make the most of your customers' ever-shrinking attention span, show — don't tell. Seriously, the brain processes images 60,000 times faster than text.

When we see an image, we process it in 13 milliseconds. We understand images almost instantaneously. Processing images requires no mental effort and is your best bet to get your message across.

Brainstorm how you can visually tell your story exclusively through images.

Because we're always on our phones (and also often have the TV on), we've gotten good at multitasking on multiple screens. In fact, 78 percent of us are using two or more screens at once.

Millennials are the ones perfecting this act. They indulge in simultaneous screen usage so much that they consume 18 hours of media a day. That's almost every waking minute.

Most commonly, smartphones and television are used together. To make the most of this multiscreen media consumption, brand messages need to be 100 percent aligned across devices. You need to be promoting the same slogan, same message and same call to action across different devices.

Of course, you should be illustrating differently for each medium, but the message must always remain the same. This is especially true for online and television advertising.

People need to hear the same message 6-20 times before it sticks — and even more until they follow through. When your message is synced across multiple devices, you're going to convert much, much faster than before.

Social media is the best way to break through the advertising noise. Social is where your customers are actively looking for connections. They want to build a relationship with you — if you put in the effort.

Start a meaningful, authentic dialogue with social media followers to keep their attention. Don't give them a run-of-the-mill response to their comment that sounds like a computer wrote it.

Use your humanity, brand personality and authenticity to connect. Start by listening and acknowledge what they're saying. Then, provide a response mirroring their language and sentence structure.

In this email-blast culture, the best way to stand out is to connect on a personal level through social media. That's something that sticks with your consumers for the long haul — and builds brand loyalty.