How to combine live and dry fire at the range 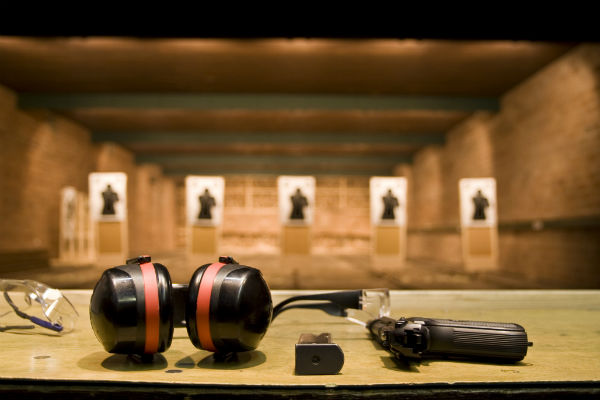 As shooters begin dry firing more and more, it's common to get in a habit of doing dry fire at home and only doing live fire when they go to the range. By simply doing dry fire at the range in addition to live fire, you can maximize the effectiveness of your range time and spend less money.

So, today, I'm going to share four reasons why you should combine dry fire and live fire during your range training.

The effect of this is particularly easy to see with shooters who are trying to fix a "flinch" problem. They'll fix their flinch with dry fire before they head to the range. They won't flinch on their first few rounds, but then they'll get right back into the habit of flinching.

What you want to do is convince the mind that dry fire and live fire are the same and only make one neural pathway that works for both. There are a few things you can do at the range to make sure that your dry fire practice carries over to live fire. They're simple, fast, easy and free.

First off, before you fire your first shot at the range, review the fundamentals of marksmanship a few times by doing dry fire — either with a real gun or with a SIRT. I think of this as my warmup. I do this myself, and I do it when I'm instructing.

Second, keep switching back and forth between live fire and dry fire. As an example, oftentimes I'll start out by doing five drawstrokes and dry fires from concealment, then one rep with live fire.

I keep alternating back and forth between dry and live fire. The dry fire lets me focus on technique, and the live fire verifies the effectiveness of the technique. This not only cuts my cost by more than 80 percent, but quickly switching back and forth also helps the brain know that they should be treated as the same.

Third, any time you run into an issue with live fire, slow down, switch to dry fire, work through the issue and then validate the change with live fire.

Whether you love it or not, having a small explosion happen at arm's length from your face is distracting.

Sometimes distractions aren't an issue — and you need to get to where you can perform with distractions. But when you're trying to learn a new skill or refine/improve your technique, the distraction of the gun going off will make the learning/refining process take longer.

So, the next time you're learning or refining a technique or a particular drill, try switching back and forth between dry fire and live fire. This is particularly useful when teaching or working with new shooters. Teach and learn with dry fire; verify with live fire.

It's easier to practice slow when you're doing dry fire.

There's something called the Weber-Fechner law that basically says the more stimulus your brain gets per second, the fewer details it can pick out. When you slow down, your brain is able to assess, adjust and optimize your technique easier. You're able to make measurable improvements faster, and this tends to be easier with dry fire than with live fire.


Again, the Goldilocks solution that both Michel and I use is to combine both dry fire and live fire during your range sessions to maximize the advantages of both.

The fourth reason you want to combine dry fire and live fire at the range is to get around the common restriction of only being able to fire one round per second. Here's how I do this.

I usually shoot outside, but when the weather sucks, I shoot at a local indoor range that has a one shot per second rule. So, I take my SIRT and my real gun into my shooting lane. If I've got a drill where I need to shoot faster than one round per second, I'll run through it once doing dry fire with my SIRT.

Then, I'll switch over to my real gun and do one of a couple of things, depending on the drill:

It's important to note that these are both compromises, but all training is compromise to one degree or another. If you've got other solutions for dealing with the limitations of one-shot-per-second ranges, please share them below.

Questions? Comments? Care to share how you combine dry fire and live fire? Please share by commenting below.