How to clean a bolt-action rifle 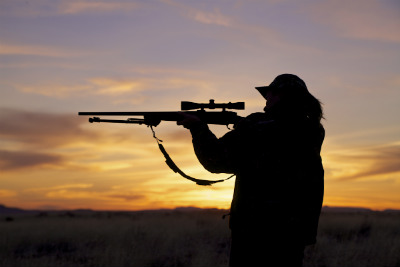 A good rifle is one of the most important (and expensive) pieces of equipment for many hunters all over the world. Hunting, especially in extremely rainy or snowy weather, can really put a rifle to the test. The last thing a hunter wants is for his or her rifle to fail at a critical moment on the hunt of a lifetime.

Luckily, a rifle that is properly cleaned and maintained will function reliably for many years. This article describes how to clean a bolt-action rifle.

All firearms have two mortal enemies: salt and water. Over time (the amount of which varies depending on conditions), these two thing can destroy any firearm. So, the primary purpose of cleaning your rifle should be to remove salt and water before they have a chance to do any damage.

Dirt, powder residue and copper/lead fouling are also things that you want to remove from your rifle to preserve proper functioning and maintain a high level of accuracy. However, own their own, they will not actually damage your rifle.

The first thing you need to properly clean a bolt-action rifle is a good gun-cleaning kit. You can find cleaning kits at most sporting good stores for a reasonable price. The contents and quality of these kits vary, but they usually work pretty well.

I usually like to add a few items, and my gun-cleaning kit consists of a cleaning rod, a bore brush, a cleaning jag, patches, a flashlight, a multitool, a cleaning rag, a barber brush, a toothbrush (just don't use it to brush your teeth afterward), cleaning solvent, grease and lubricant.

It really doesn't matter which specific solvents, lubricants and grease you use. I use Rust Inhibiting Grease (RIG), Rem-Oil and Shooter's Choice bore cleaner, but there are a number of other good options out there like Break-Free CLP and Hoppe's #9, just to name a couple. Just pick the ones that work best for you. 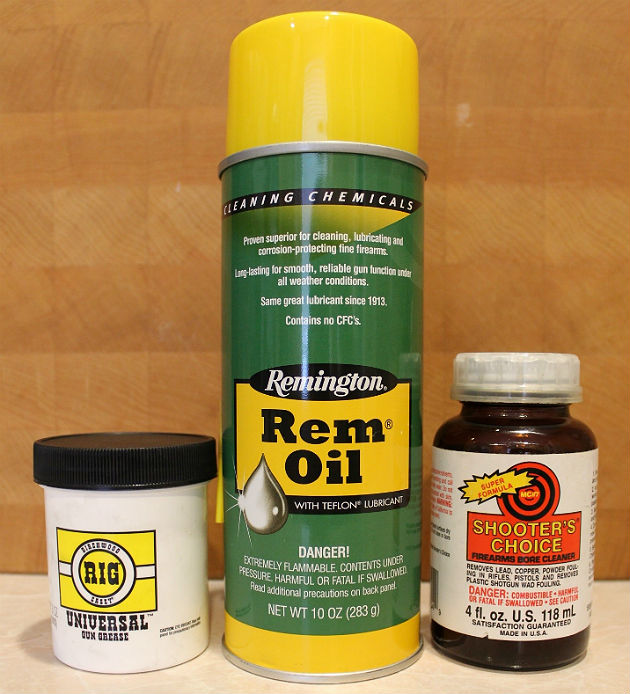 When cleaning any firearm, I like to wear a pair of cheap, disposable vinyl or latex gloves (a box of 100 will run just a couple of dollars at a drug store). This helps keep my hands from getting covered in cleaning solvents, which are often toxic and seem impossible to wash off. It also protects the gun from the oils in my skin, which contain salt. When I'm finished cleaning, I simply throw the gloves away.

Additionally, you can purchase purpose-built, lint-free gun rags. These will certainly work, but an old T-shirt will perform the same job nearly as well in a pinch. I also like to use an old towel to cover and protect my work area from spills.

The first step in cleaning a bolt-action rifle — or any firearm for that matter — is to ensure that it is unloaded. This may sound obvious, but it is a step that is often neglected and countless people each year are shot while trying to clean "unloaded" firearms.

Remove any ammunition you find in the magazine or the chamber and physically separate it from the rifle until you are done cleaning it. Once you have ensured the rifle is unloaded, check one more time. You can't be too careful here.

The level of cleaning that you should perform on your rifle varies depending on the conditions the rifle has experienced. For instance, a trip to the range where you fired a dozen or so rounds of noncorrosive ammunition warrants only a routine cleaning.

However, you should give your rifle an extremely thorough cleaning if you just returned from an extended hunting trip where your rifle got really wet or dirty. If you use corrosive ammunition, that also warrants a special, more involved cleaning of the rifle.

The next thing I like to do is use my barber brush to clean all of the dust and dirt off the outside of the rifle. The barber brush is really good at getting into all of the hard to reach nooks and crannies on a rifle that are tough to clean with a rag. 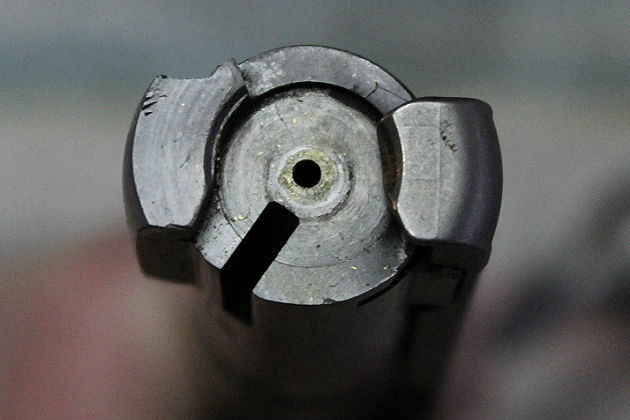 As you can see in the photo below, the first few patches will be very dirty, usually black with a possible green tint. The black color is from carbon and/or lead fouling. The green is copper fouling. 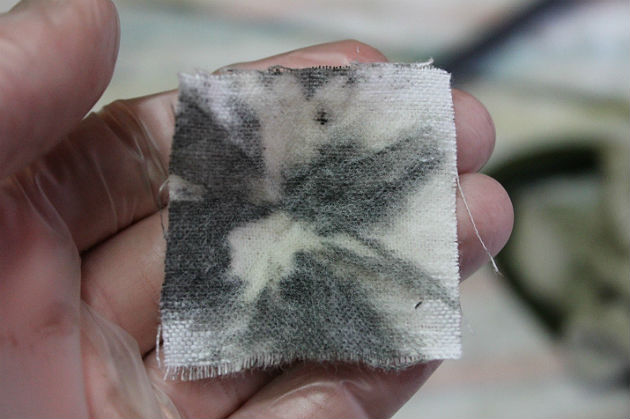 Clean the barrel until your patches no longer look like this.

The last step before replacing the bolt is to slightly lubricate the rear of the locking lugs and the cocking cam. I prefer to use grease here, though some people use oil. This is a subject of great debate — which I do not want to delve into here, as each will work well under the appropriate conditions. Either way, use a small amount. A little goes a long way, and excess lubrication will attract dirt, which can gum up the action.

After lubricating the bolt, reassemble the rifle for storage. Also, ensure that there is no buildup of oil or grease that may obstruct the barrel. Any obstruction in the barrel can result in an extremely dangerous situation next time you shoot the rifle.

Be careful not to touch any metal parts of the rifle with your bare skin, as the miniscule amounts of salt naturally present in the oils of your skin can damage the metal over a long enough period of time.

Finally, when you store the rifle, keep it in a cool, dry place. Ideally, do not store it in a leather or cloth case, which can retain moisture and cause the rifle to rust.

To thoroughly clean your rifle, simply disassemble it as much as possible according to the manufacturer's instructions. This will likely involve removing the stock and the scope, and disassembling the bolt. This is obviously a much more involved process, and it may be necessary to have a gunsmith clean the rifle for you if you don't know what you're doing.

Once the rifle is disassembled, clean the individual pieces in the same manner as you would during a routine cleaning — with the toothbrush/rag and cleaning solution. You're not really doing anything different here, just cleaning some additional pieces.

Fortunately, it is not normally necessary to perform a deep cleaning on a rifle like this unless it was exposed to extreme conditions or was dropped in a body of water.

This is obviously bad because the salt will cause the rifle to rust when exposed to water, even in the form of natural humidity. Luckily, things aren't as bad as they sound. It just means you need to thoroughly clean your rifle as soon as possible after shooting corrosive ammunition.

The salts deposited by firing corrosive ammunition cannot be neutralized. The only way to deal with them is to completely remove them out of your rifle. Several companies make products designed to clean these corrosive deposits out of rifles. However, the most commonly used method is to clean the rifle with water.

Simply put, run several patches soaked in water (hot water works best) through the barrel from chamber to muzzle. This will dissolve the salt deposits and remove them from the barrel. You can add soap or ammonia to help clean the salts out of the barrel, but it's not vital to do so. When complete, run a few dry patches through the barrel.

Don't forget to clean the bolt face as well. If possible, you can also disassemble the bolt and clean the internal components, though it's not essential to do this. Finally, clean the barrel and the rest of the rifle as you normally would.

I hope that you've found this article on how to clean a bolt-action rifle helpful and informative. Done properly, cleaning a rifle does not take much time and will help ensure that your favorite rifle lasts for many years of good hunting.