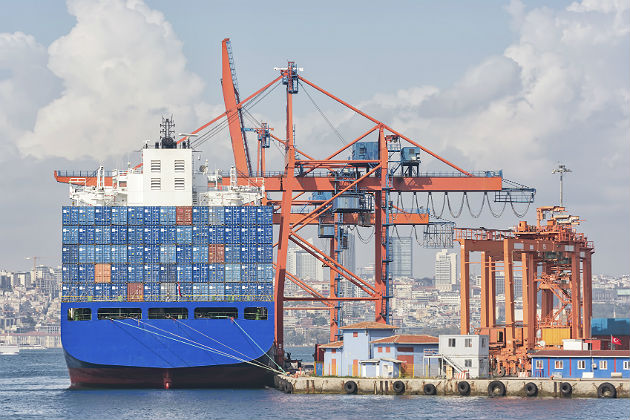 As Hanjin Shipping was moving container cargo to ports all over the globe this summer, news broke that affected retailers worldwide. Hanjin, the world's seventh-largest container shipping company, filed for bankruptcy Aug. 31 in Seoul, South Korea.

Shipping was disrupted immediately, and the reaction from retailers was quick. The National Retail Federation issued the following statement the next day: "Retailers' main concern is that there is millions of dollars' worth of merchandise that needs to be on store shelves that could be impacted by this. Some of it is sitting in Asia waiting to be loaded on ships, some is already aboard ships out on the ocean, and some is sitting on U.S. docks waiting to be picked up.

"It is understandable that port terminal operators, railroads, trucking companies, and others don't want to do work for Hanjin if they are concerned they won't get paid. However, we need all parties to work together to find solutions to move this cargo so it does not have a broader impact on the economy."

Sandra Kennedy, president of the Retail Industry Leaders Association, wrote in a letter to the Department of Commerce and the Federal Maritime Commission: "The recent bankruptcy filing of South Korean shipping company Hanjin Shipping presents an enormous challenge to U.S. shippers, the effects of which could have a substantial impact on consumers and the economy at-large."

In the weeks after the bankruptcy announcement, the immediate concern of retailers was for the approximately 100 ships carrying about 540,000 containers filled with things from electronics to clothing for the Christmas retail season. About one-eighth of all goods imported into the United States comes on Hanjin vessels, per the Wall Street Journal.

Nerijus Poskus, director of pricing and procurement for Flexport, a licensed freight forwarder and customs broker based in San Francisco told the Associated Press: "The price of shipping a 40-foot container from China to the U.S. jumped up to 50 percent in a single day."

While future shipping costs will either be passed on to consumers or eat into profits or a combination of both, there were more immediate concerns by retailers and manufacturers.

Ashley Furniture, which has its own retail outlets and also distributes its beds, couches and dressers to retailers such as Macy's, J.C. Penney, Target and Walmart had 900 containers loaded on Hanjin ships. After weeks of uncertainty, Hanjin finally offloaded Ashley's cargo, but canceled its commitment for port-to-door delivery.

Ashley Furniture hired trucking companies at its own expense to keep its products flowing to its own stores and those stores that distributed their products. That expense was over $1 million and will affect the profitability of Ashley, as they hired new shipping companies at a higher cost than Hanjin.

While most major retailers found similar workarounds, small businesses were not as fortunate. One example is Punch Studio of Culver City, California. According to Todd Kirshner, CEO of Punch, he had 14 containers with about $1.5 million in goods through Hanjin. They were just beginning to arrive at his warehouse in early November.

"That's seven weeks less of selling time on the floor, so sales are going to be impacted dramatically," Kirshner told the Los Angeles Times.

He estimates sales for the Christmas season will be off as much as 20 percent. Moreover, ports are refusing to allow the return of Hanjin containers, so Punch Studio is paying $35 per day to store six truck chassis and empty Hanjin containers on a nearby site.

Some retailers have scrambled to find alternative products. Walmart, for example, was expecting a large shipment of headphones from a company in the Pacific that was shipped using Hanjin. Shelves were running out of stock, so Walmart asked JLab — another headphones manufacturer — to provide replacement stock. JLab agreed, and despite higher shipping costs from China, could supply Walmart with its mid- and high-end headphones.

In the wake of Hanjin's demise, other shipping companies have expanded their capacity — thanks in part to the widening of the Panama Canal. Competition is fierce among the remaining shippers, and industry experts believe more consolidation will continue as the global supply chain returns to normal.