How the ‘gig economy’ is changing employment 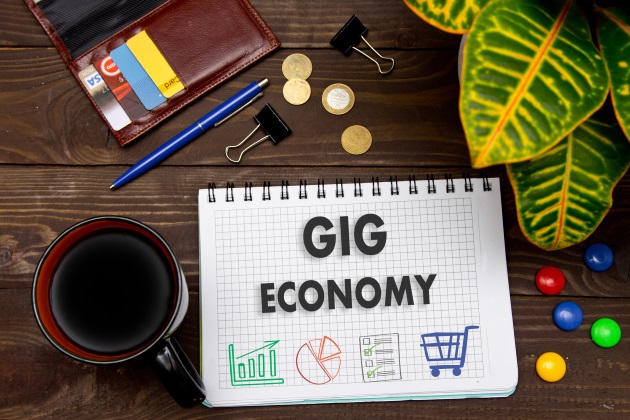 Workplaces are changing. Take the "gig economy," for example. How will it be affected by a recent California Supreme Court ruling on self-employed independent contractors and company employees?

"The ruling may bring some much-needed clarity to the new world of work," said author and entrepreneur Marion McGovern. Key issues of employer control and the direction of independent contractors and employees that the Golden State’s high court ruled on can and should lead "to more transparency in the law," which she views as a positive step forward.

"The decision sets up a generous standard determining who is an employee, including a presumption that workers are employees unless certain criteria is met," according to Rebecca Smith, director of work structures for the National Employment Law Project.

The gig economy relies upon independent contractors, workers who are not company employees. Rather, the former are self-employed workers with a contractual arrangement to a firm.

Uber, the app-based ride-hailing firm, tops the gig economy, with 833,000 driver participants during a year, according to Lawrence Mishel, a distinguished fellow at the Economic Policy Institute in Washington, D.C.

Independent contractors are those who are self-employed and file a 1099 Internal Revenue Service tax form. They are responsible to pay the employer and employee share of Social Security, and to purchase their own health insurance.

In late March 2016, two Ivy League economics professors, Lawrence F. Katz of Harvard and Alan B. Krueger of Princeton, released a paper on the rise of "alternative work arrangements" in the U.S.

Their data analysis, based on a version of the Contingent Work Survey instrument of alternative or nonstandard employee-employer activity, points to a decline in the quality and quantity of compensated labor, while declining to state the precise cause(s).

Of the four categories of nontraditional employment they map, independent contractors were the largest.

For businesses, one thing is clear. How owners classify workers is paramount, given the California Supreme Court’s recent decision.