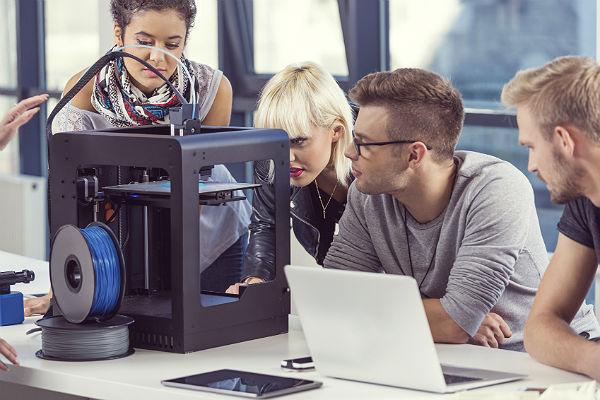 Manufacturing firms are using additive manufacturing (AM) more than ever before. The cost of using AM technology is motivated by a number of factors, including research and development tax incentives.

Most businesses using AM, also known as 3-D printing, are eligible for large R&D tax credits. Unfortunately, many small and medium-size businesses do not take the credit, thinking they are only eligible if they have a research lab. Others believe if they take the R&D tax credit, they set themselves for an IRS audit.

These fears are unfounded. A business that employs engineers or uses an outside laboratory for product testing is entitled to claim R&D credits — with no audit attached.

When the Obama administration and the Internal Revenue Service announced changes to the R&D tax credit in early 2014, Marty Sullivan, the chief economist for the nonprofit group Tax Analysts, called the new rules "a significant giveaway to business."

"The IRS is under a lot of pressure from lobbyists to be accommodating," Sullivan told The Washington Post. "So over the years, business has been successful in pushing that boundary out."

Tim Shepherd, an analyst for Canalys, called AM "a market with enormous growth potential."

"Advances in technology are yielding faster print times and enabling objects to be printed in greater combinations of materials, colors and finishes," Shepherd said. "Crucially, prices are also falling, making the technology an increasingly feasible option for a broad variety of enterprise and consumer uses, restricted only by computer aided design competencies and printer availability — both of which are set to improve significantly."

Of course, the ability to take R&D costs for using 3-D printing has, in a major way, influenced the decision of many manufacturing firms to get into additive manufacturing. The costs can be accounted for in two ways:

Clearly, traditional manufacturing processes will undergo revolutionary changes as 3-D printing becomes more ubiquitous. But, to do this, the technology still has a bit more "growing up" to do.

For now, it is impractical based on time and cost to build large-scale items like airplanes. However, manufacturers have connected with additive manufacturing for less complex but important tasks. With technology advancing at breakneck speed, it is possible that additive manufacturing may one day reach a level where complicated things like cars, trains or even manufacturing equipment is done by 3-D printing.