How the coronavirus outbreak and political unrest are impacting global tourism 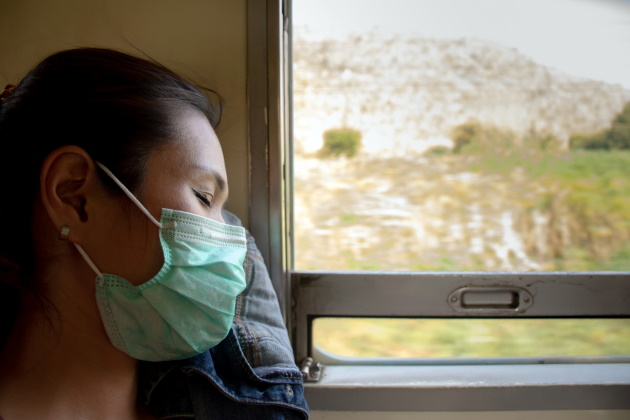 The Associated Press has reported that the new coronavirus outbreak originating in Wuhan, China, has severely affected global tourism, leading to billions of dollars in losses.

The virus has infected thousands of people, killed more than 100, and has left the Chinese government with no choice but to expand drastic travel restrictions. Beijing has ordered millions of Chinese citizens to stay put and avoid travel. Outbound and inbound tourism are hugely impacted.

According to the China Outbound Tourism Research Institute, 7 million Chinese people were to be traveling from China to various global destinations during the Lunar New Year. It seems that the tourism industry will now see the vast majority of those stay put to contain the epidemic. Hong Kong announced that it would restrict visitors from mainland China to prevent the spread of the coronavirus.

The Lunar New Year is the reason for one of the biggest travel seasons in Asia, but this year tourism in the region is not looking as rosy. It has also been affected by the ongoing anti-government protests in Hong Kong and other parts of the world. Hong Kong International Airport has seen a 16% drop in footfalls from the year before, losing close to 1 million passengers. International tourism to the former British colony has plummeted by 40%.

Another popular destination, the self-governed island of Taiwan, has also witnessed a drop in tourists from mainland China. Elsewhere in Asia, popular tropical destination Thailand has witnessed a fall in Asian tourists after several boating accidents raised questions about the safety standards of tour operators. Now, with the spread of the coronavirus, the Thais are looking at a revenue loss of $1.6 billion.

Europe is a popular international destination for Chinese tourists, especially Italy and the U.K. The trade war between the U.S. and China has already affected travel from China to the U.S., and now the virus will add to the woeful figures.

Tourism in other areas of the world is taking a massive hit due to political and economic unrest in some countries. Lebanon's economic crisis has the country heading toward financial bankruptcy. As the crisis intensified, businesses have been paralyzed. The hospitality sector, which is one of the main pillars of the Lebanese economy, is facing maximum heat.

Hotel occupancy is plummeting, restaurants are closing, and tour operators, like their fellow businessmen, are running at a massive loss. Political unrest has resulted from decades-long corruption and mismanagement, coming to a head with new proposed taxes. Increased road closures and strikes are keeping tourists away.

In Chile, the tourism sector is bracing for a hard year of losses amid social and political unrest. December to March is the South American country’s annual peak tourist season, but this year the industry expects to see a whopping 38.2% plunge in the number of visitors. Nearby Argentina is Chile's primary source of tourists, but its crippling economic crisis has affected outbound travel, too.

India's tourism industry has taken a hit due to the ongoing protests against the Citizenship Amendment Act, an economic slowdown, and the Thomas Cook collapse. Multiple countries, including the U.K., U.S., Canada, Singapore, Russia, and Taiwan, among others, have issued travel advisories.

The Taj Mahal, one of the world's most popular tourist attractions, witnessed a decline of close to 200,000 tourist footfalls, or a 60% decline, last December, per a Reuters report. Global governments have cautioned their citizens to refrain from visiting or be careful while visiting the country. Tourist groups that have already booked are cutting their trips short, leading to more lost revenue.