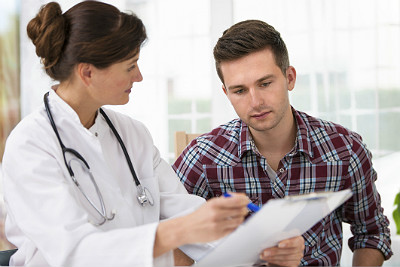 With an estimated 30 million people expected to gain insurance coverage through the Affordable Care Act, there has been much speculation about where those patients will go for care. Many physician offices are already filled to capacity, and a looming shortage of primary care physicians has been well-documented.

While it may seem counterintuitive, a number of providers fear the ACA will actually lead to fewer visits in some cases, despite the growing patient population.

"This is going to impact medical care in a variable way," said Dr. David Shulkin, president of Morristown Medical Center and vice president of Atlantic Health System in New Jersey. "Some areas, clearly prevention and wellness, will be harmed. Acute care is likely to not be impacted. And the stuff in the middle will be variable."

Shulkin said the variability will be the result of the high-deductible, high-co-pay nature of many of the exchange plans, which will drive patient decision-making.

Specialists are positioned to take the biggest hit, said Steven Peltz, founder of Peltz Practice Management & Consulting and a member of the National Society of Certified Healthcare Business Consultants. "Specialists may not be participating with the health insurance exchange program and will tell the patient ... 'You have to pay out of pocket to come here.'"

The idea behind high-deductible health plans is that by making patients responsible for more of their healthcare expenses, they will be more judicious about how they access services. The result will be an overall decline in healthcare spending.

Several studies have found that many high-deductible health plans (HDHPs) may be producing the desired effect. A January study in the journal Medical Care, for example, found that chronic outpatient visits declined among HDHP members. But preventive laboratory tests and acute visits remained unchanged.

The researchers concluded: "HDHP patients with chronic illnesses who have more contact with the healthcare system might be more likely to reduce utilization because of increased exposure to costs associated with ambulatory visits."

The other factor is the rise of accountable care organizations that reward the provider participants for lower utilization rates, Peltz said.

"When a patient comes into an office ... now, the doctor tells the patient, 'I'll see you in a few weeks to monitor what's going on,'" Peltz said. "There's a chance in the future that the doctor won't say that because if the doctor ... brings the patient back often, the amount of money in that pool from the federal government gets smaller and smaller because it's paid to the doctors who see the patients. And so there’s not an amount left over to distribute and share as profit."

Many patients are operating on three assumptions about exchange plans that are wrong, Shulkin said.

The long-term impacts of the ACA will remain unclear until patients figure out the benefits and limitations of their health plans, according to Shulkin.

"It's really new territory for everyone involved," he said.