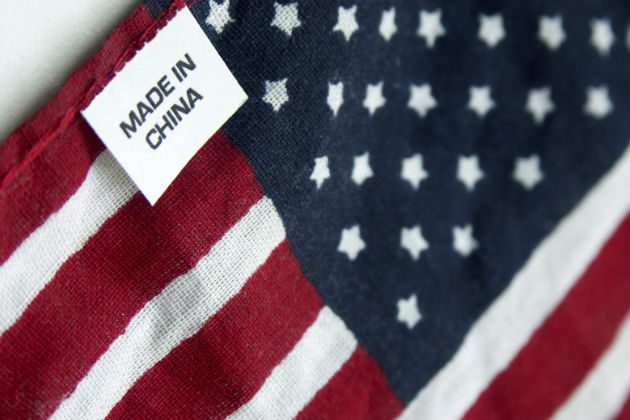 It’s official: the trade war with China is heating up. On Aug. 5, after President Trump announced increased tariffs on Chinese imports, China devalued the yuan. The New York Times said it was the “worst day of the year” for Wall Street, with the S&P 500 closing down nearly 3%.

There’s no consensus on what’s happening here. China’s plan to move from cheap to high-value tech goods manufacturing, like those used by militaries, plays a major role in President Trump’s tariff increase on Chinese imports and the no-deal climate between the countries.

After rounds of failed trade negotiations, the Treasury Department calls the yuan devaluation “currency manipulation,” while China is retaliating by suspending U.S. crop imports, which could turn the American farmer voting demographic against Trump. Many economists report the American worker, including the farmer, will get hurt because global economies are interdependent.

In the China-U.S. case, that’s interdependence with a subtext of military might, as the two major economic powers eye each other’s technology manufacturing progress.

Amidst this general manufacturing decline, the U.S. added 164,000 jobs last month, with 16,000 reportedly in the manufacturing sector. Before we do cartwheels, though, imagine that an average of 22,000 manufacturing jobs added monthly is more common. Also recall that many of these jobs are not union and are less stable with decreased or nonexistent benefits.

Is a smaller overall number here the new normal for downscaled U.S. manufacturing that so many have warned about? Hits like Boeing production reductions and Brexit add to this climate of economic insecurity, making it unclear how to summarize current manufacturing conditions.

What we do know is that workers and consumers get hit hard by the trade war because higher imported goods’ tariffs need to be compensated for by raising product prices. Smaller businesses can be harmed here, as they cannot afford price fluctuations like big firms can: worker layoffs could be a longer-term result if the conflict persists.

Big-box retailers also face higher consumer costs. Consider how dependent U.S. retail is on Chinese imports: "Walmart imports 26% of its merchandise from China...while Target imports 34% of its products from China. Other companies, including sporting goods, auto parts and furniture sellers, have an even greater exposure to China. Dick's Sporting Goods (DKS), for example, imports 51% of its merchandise from China, while Bed Bath & Beyond (BBBY) imports 53% of its goods from China…"

Chinese workers can also be harmed, per Bloomberg: "A mid-2015 devaluation spurred capital outflows and destabilized global markets, though tighter capital controls this time around should help prevent another exodus."

While capital controls may help, China now faces export challenges, and successful implementation of its own long-term manufacturing strategy — Made in China 2025. This is a plan to shift from quintessentially cheap Chinese consumer goods (shoes, clothes, electronics, etc.) toward higher value-added goods production, such as “robotics, aerospace and energy-saving vehicles."

The Chinese goal to rebrand its manufacturing output threatens U.S. tech market stability. Some suggest this is what drives Trump’s escalating trade war rhetoric: he knows China is not content making iPhones and sporting goods gear for Americans.

Further, he knows China’s intellectual might could clear historic hurdles to compete in tech manufacturing, which results in military power. (In 2017, China received more AI funding than the U.S.)

Made in China 2025 has introduced new complexities into the trade war dynamics. For example, it has spurred paranoia that China is stealing U.S. technology (5G, AI, cybersecurity) secrets, hence the Huawei issue.

It is important to note that new technologies are: "key technologies for military hegemony for another decade," per Jack Rasmus of CounterPunch.

Rasmus summarizes links between trade, tech, and military hostilities: "The technology war dimension between the two has already begun, albeit still in early stages. What appears on the surface as a trade war is to a significant extent the cover for a more fundamental technology war beneath the surface, and a broader economic war over technology that will fundamentally characterize US-China relations in the 2020s."

While we hear all about the trade war, these perspectives serve as a reminder that higher tariffs and the devalued yuan can hurt U.S. and Chinese workers, who are also consumers.

Then there’s that hefty military budget that also steals from the lining of workers’ pockets. The current total level of U.S. military spending (from October 2019 to September 2020) is estimated at $989 billion, and these massive numbers reveal a foreign policy built on dominance.

China’s looming presence in high-tech manufacturing threatens this dominance, and any talk of a trade war should adjust to the military realities that motivate backroom dynamics away from the media spotlight.